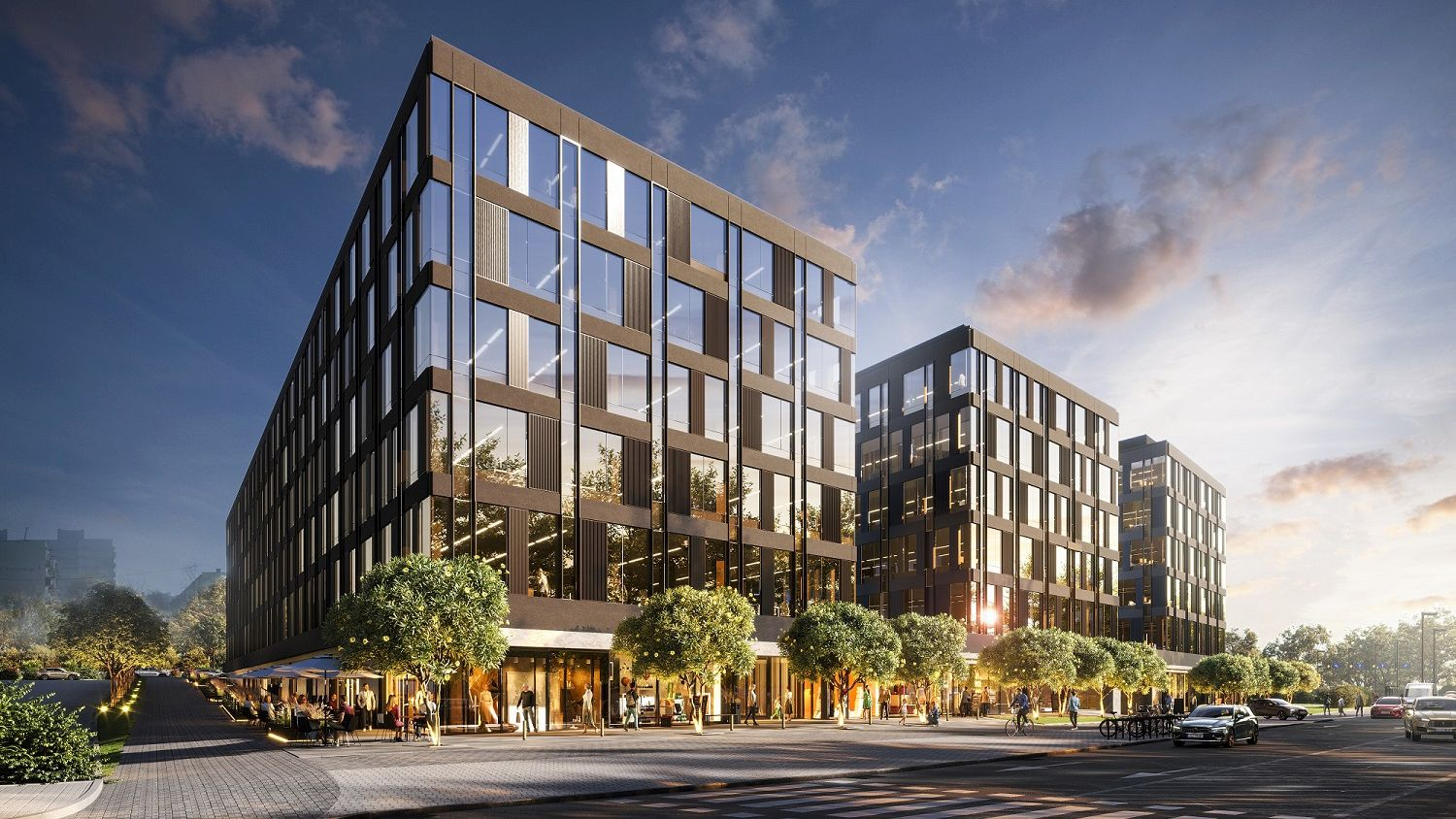 Warimpex, a real estate development and investment company based in Vienna, has appointed Savills as the exclusive leasing adviser for office space in its new office complex located in Białystok at the junction of Bohaterów Monte Cassino and Wyszyńskiego streets. The phased project is expected to break ground this year.


The planned project, called MC55 Office, will have a combined area of approximately 36,000 sqm. It will comprise three five-floor buildings with retail, services and F&B outlets on the ground floor, as well as an underground 390-space car park.

The office complex has been designed by architectural studio Kubatura as a group of buildings seamlessly blending into its current setting and landscape as they are similar in height to nearby developments. It will also feature an elegant glass façade.

Warimpex’s office and service complex is located in the centre of Białystok, right next to the main train and coach station. Facilities within a few minutes’ walking distance include three hotels, a shopping centre, Białystok University of Technology, historical buildings and a city stadium.

“The new project developed by Warimpex will be the first such modern office building in Białystok and is likely to become its business showpiece and an address of choice for local companies that value prestige and high quality office space. We are confident that it will also help attract overseas investors to the city. Białystok is the largest conurbation in north-eastern Poland and the key scientific, administrative and cultural city in the area. The Podlasie region also has an undeniable economic potential and in our capacity as the exclusive agent on the property we are going to assist our client in unlocking it to businesses from the whole of Poland,” says Daniel Czarnecki, Head of Landlord Representation, Office Agency, Savills.

The new project in Białystok will be developed in accordance with sustainable construction standards and submitted for BREEAM certification. The complex will feature cutting-edge technological and spatial solutions, including an efficient ventilation and air-conditioning system, to create a comfortable and safe work environment. It will also provide on-site cyclist-friendly infrastructure including a bicycle storage room, lockers and showers, as well as electric vehicle charging stations.