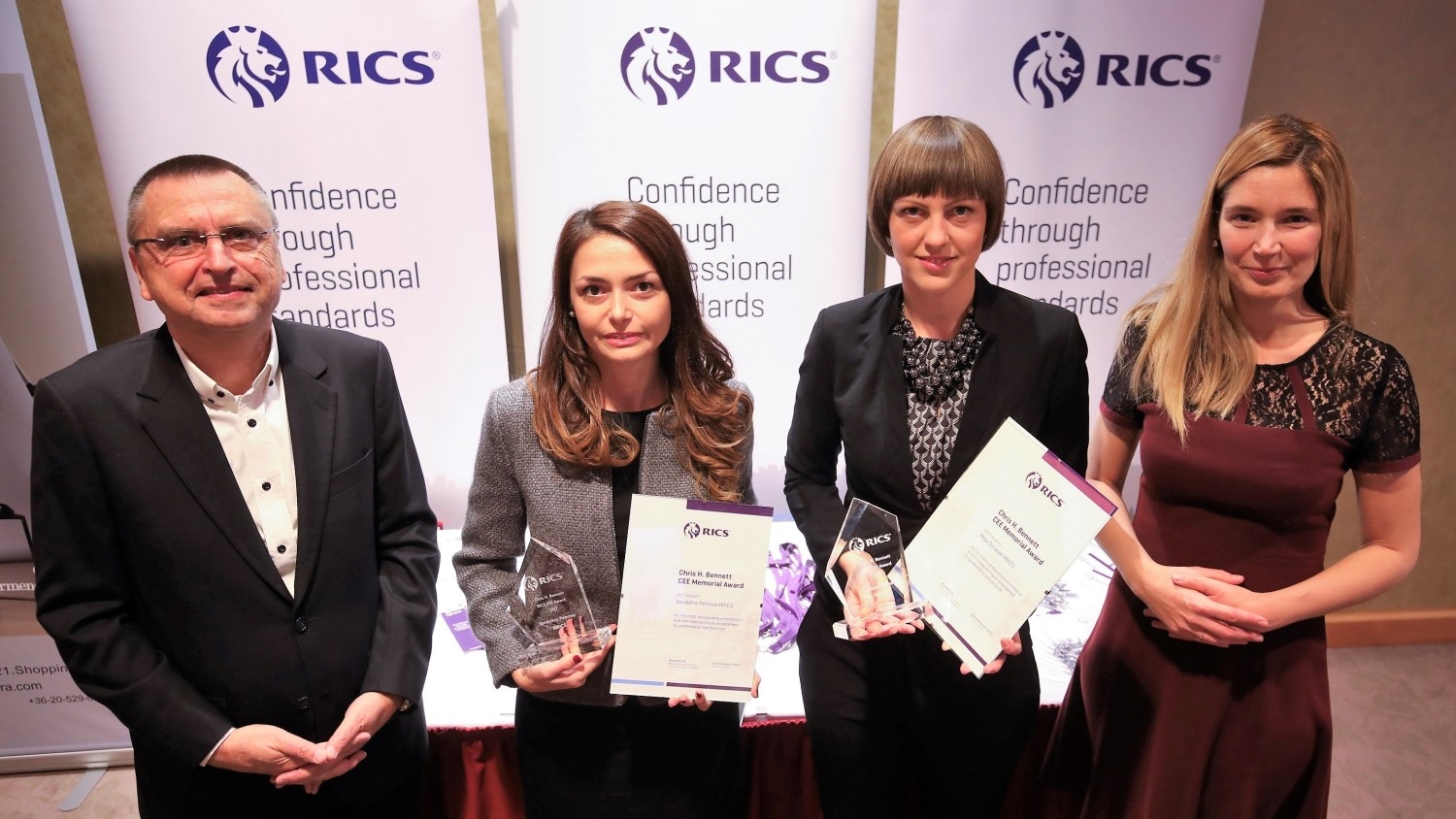 Sevdelina Petrova MRICS (Bulgaria) and Maja Ostanek MRICS (Slovenia) were awarded the Chris H. Bennett Memorial Prize. The awards were handed out at the Portfolio Property Investment Forum conference in Budapest, where the achievements of several big players of the Hungarian property market were also acknowledged.

To honour his substantial contribution to the industry over many years, in 2014 RICS has created an annual prize in the name of Chris H. Bennett FRICS, to reward significant display of professionalism by successful RICS Candidates in the CEE region.
The award is given to one or more successful RICS applicants deemed to have made the most outstanding impression on an interviewing panel throughout the RICS business year (1 August - 31 July). Nominations are accepted from all countries of the CEE region. The nomination process is controlled by RICS CEE Country Manager Anna Orcsik and the determination of the merit-based award is managed by family friend John Verpeleti FRICS.

Sevdelina Petrova MRICS (Bulgaria) and Maja Ostanek MRICS (Slovenia) received the award in Budapest at the 13th Property Investment Forum, organised by Portfolio. RICS has long been the number one professional partner of Portfolio and Property Forum at its property conferences in several European cities. Is the lockdown rewriting CEE's risk map? – Find out what bankers think

by Property Forum
Property Forum’s next virtual event will take a closer look at the immediate and long-term effects of the coronavirus lockdown of real estate financing in CEE. Hear the economic outlook of Commerzbank’s Senior EM Strategist and listen to the discussion of influential bankers. Participants will also have the chance to ask questions and share their personal experiences.
Read more > by Property Forum
The preliminary investment volumes for the CEE region for Q1 2020 have reached ca. €3.7 billion, despite the onset of COVID-19 in CEE at the beginning of March. This volume was significantly boosted by the ca. €1.3 billion acquisition of the Residomo portfolio in the Czech Republic by Heimstaden, however, it still represents a y-o-y growth of 68% over Q1 2019 (ca. €2.2 billion) and 28% over Q1 2018 (ca. €2.9 billion).
Read more >