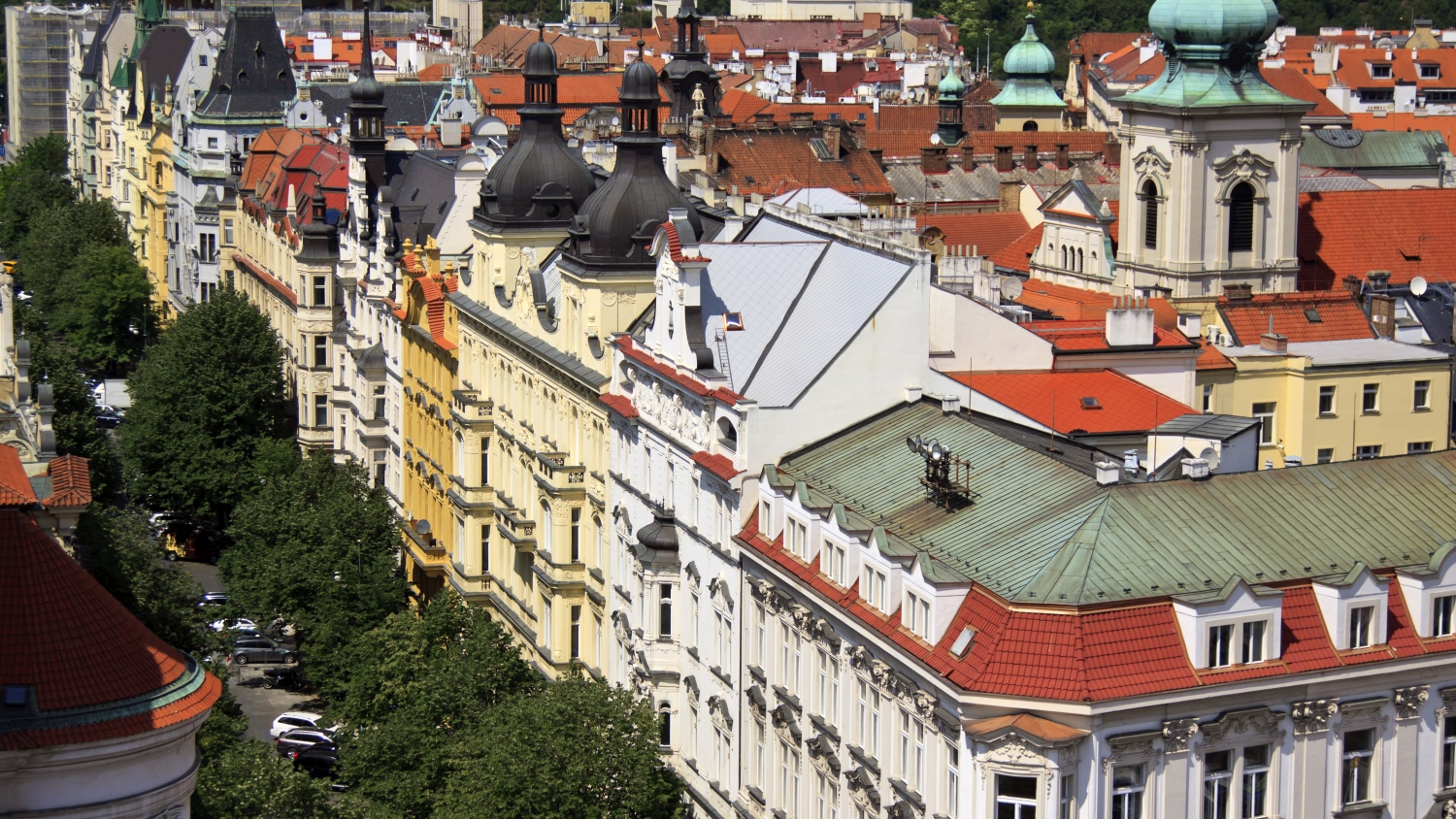 Following the pause caused by the coronavirus pandemic, Cushman & Wakefield has brought back the Main Streets Across the World report, ranking 47 countries by headline rents in best-in-class urban locations in each of them. The Czech Republic is newly represented by Prague’s Pařížská Street, which has replaced Na Příkopě as the country’s most expensive street. Among the other most expensive main streets of the world, Pařížská ranks 17th (Na Příkopě ranked 18th in 2019) and comes first in the CEE region. As compared by the survey, the highest prime rent achieved in Pařížská as of this year’s third quarter amounts to €2,719 per square metre per year, or approximately €227 per square metre a month.


“The centre of Prague has been one of the most attractive global prime shopping destinations for a long time – and the owners of the local retail properties and their tenants are all well aware of this. Their demand for shops in this prime location is constant and even the pandemic did not disrupt this, which is why the local rents stay at a level that keeps the Czech Republic among the top 20 countries benchmarked, following Spain and the Netherlands. The Czech Republic has no rival in CEE – the next regional contender in the ranking is Hungary (29th) with Budapest’s Váci utca. Geographically closest countries also made it to the top 20: Austria with Vienna’s Kohlmarkt ranks 11th and Germany (Kaufinger/Neuhauser in Munich) comes 13th,” says Jan Kotrbáček, Partner & Head of CEE Retail Agency Team, Cushman & Wakefield.

The Czech Republic has repeatedly been included in the top 20 countries. Earlier on, the street that made the chart was Na Příkopě, with rental values exceeding those customary in Pařížská. The Czech Republic and Na Příkopě ranked 18th in the previous edition of the survey, climbing one rung up the ladder this year.

The same prime retail streets in the same countries as in the last edition top the chart, but their order has changed: the US has displaced Hong Kong at the top, and Italy has outperformed the UK and France, its Via Montenapoleone being the most expensive retail street in Europe. Norway made the biggest leap up (from 27th to 23rd position). By contrast, Poland has dropped the lowest (from 32nd to 36th position) – its prime retail streets are not so strongly established and the highest rents are achieved in shopping centres, specifically the Zlote Tarasy scheme.

Pařížská and Na Příkopě in the lead

Only one street out of each country appears in the ranking – the one with the highest achieved rent. The amount is crucial for each location, as it determines the attractiveness and business potential for tenants. Pařížská is not, however, the only retail destination in the Czech Republic to reach values comparable with leading European locations. With €205 per square metre a month, Na Příkopě is comparable to premium retail streets in Copenhagen, Barcelona and Amsterdam, while it outperforms others (Oslo, Stockholm and Luxembourg). Wenceslas Square comes close after Na Příkopě, working hard to make its retail environment more attractive.

Both premier Prague streets are attractive to prestigious retail brands and each of them has a specific tenant mix that draws a different breed of customers. Whereas Na Příkopě attracts mainstream and slightly premium clients – and thus also brands that target them – thanks to its position in the busiest and most visited location in the Czech Republic, Pařížská retains its image as a destination for the premium and luxury segment. This is also aided by the limited supply of retail space, which influences the growth of rents.

“The attractiveness of both destinations is borne out by the unrelenting demand among top retail brands. Brands that have recently opened new stores in Na Příkopě include Fielmann, Intimissimi, Tezenis, Vasky, Geox, Levi’s and Pandora. In Pařížská, Chanel, Balenciaga and ALO Diamonds opened new shops this year, and more will arrive with the completion of the Pařížská 25 and Pařížská 30 (Fairmont Golden Prague Hotel) projects, which will increase the local retail space in aggregate by more than one-fifth of modern space,” adds Jan Kotrbáček.

No decline in retail

During the pandemic, some ‘prophets’ predicted a bleak future for the brick-and-mortar retail segment. They were raising the spectre of a retail disaster: issues associated with economic uncertainty and supply chain constraints, community lockdowns, the threat of changes in customer habits, and restricted travel – all of that seemed to suggest that the way the traditional physical retail segment worked could be compromised.

Such notions are no longer on the agenda. The future of retail resides in omnichannel strategy, according to which brands are more oriented toward customers and close to them wherever they may go. Data shows that while online sales remain above pre-pandemic levels, they have in fact been decreasing in real terms since the beginning of the year once inflation is factored in. Restrictions and lockdowns have not eroded consumers’ appetite for shopping in physical stores. In particular, the role of shops and real properties in city centres has been reinforced because they often work as reference salespoints for retailers and brands, enhancing communication between the customer and the brand. This physical contact is irreplaceable.

“The retail segment has been through one of the biggest stress tests imaginable in modern history. The retail property segment has come out on the other side enriched with valuable experience and as strong as ever in certain segments,” comments Jan Kotrbáček.

The short-term rent drop caused by Covid-19 impacts has stopped in most of the countries benchmarked and the rents have started rising again. They have even surpassed the 2019 values in certain retail destinations, primarily premium and luxury ones. To be specific: during the Covid-19 pandemic, rents decreased on average by 13% below the previous levels, but now they are just six% below. The North and South Americas were hit the least severely, with rents – thanks largely to the situation in the US – decreasing by just seven% and now 15% higher than before the pandemic. The restrictions on US residents’ travels abroad had an effect, with customers spending more on the domestic markets during that time. By contrast, the Asia Pacific region has felt the impact the most, with rents having dropped by 17% on average and currently remaining 12% below the initial figures.

The decrease averaged 11% in Europe and the current value is minus eight%. The most severe drop (by as much as 28%) was felt by Ireland, the UK, Spain and France – destinations where tourism plays a major role; conversely, changes were minimal in Austria, Slovakia and Slovenia.

The deferred demand, a considerable amount of savings, and the thirst for travelling and making up for the two years of life lost due to restrictions helped the reinvigoration of retail following the pandemic – and that brought along an unexpected surge in the volume of shopping and services, in particular in the hospitality segment; it was four% higher than at the beginning of the pandemic in the European Union in early 2022. However, the war in Ukraine, a dramatic increase in energy prices, and growing inflation interfered with the positive development, which shows in consumer confidence hitting its lowest point in the current century, according to OECD. The inflation rates and growing costs of running households stir concerns, but it is expected that once the inflation situation starts calming down, consumer confidence will rebound, as the current sentiment in certain markets is beginning to suggest.

The Czech Republic should also benefit from the return of foreign tourists, who have always been a crucial source of retail income for the country. The latest data from the Czech Statistical Office indicates that tourists are slowly returning, in particular to Prague: the number of guests in accommodation facilities in Prague reached 80% of the 2019 level in the third quarter of this year, and the situation is set to improve further according to the figures from online hospitality platforms.

“The factors that caused the numbers of shoppers in Prague’s prime retail streets to decrease are primarily external: anti-pandemic restrictions, travel restrictions, and inflation. However, they are not changing anything about the actual attractiveness of this retail destination. This is demonstrated by the stable level of the rents at which premises are leased, and high rental activity. As of now, we already know about big major-brand transactions set to take place in Prague’s high streets in the upcoming period. New, high-quality commercial schemes are emerging: for example, 100 Yards is being built at Na Příkopě; while Pařížská 25 and Pařížská 30 (Fairmont Golden Prague Hotel) will open in Pařížská Street after their refurbishment. So, there is no need to worry about the future of Prague’s city centre as a premium retail destination – the supply of quality brands and services will continue expanding,” Jan Kotrbáček concludes.