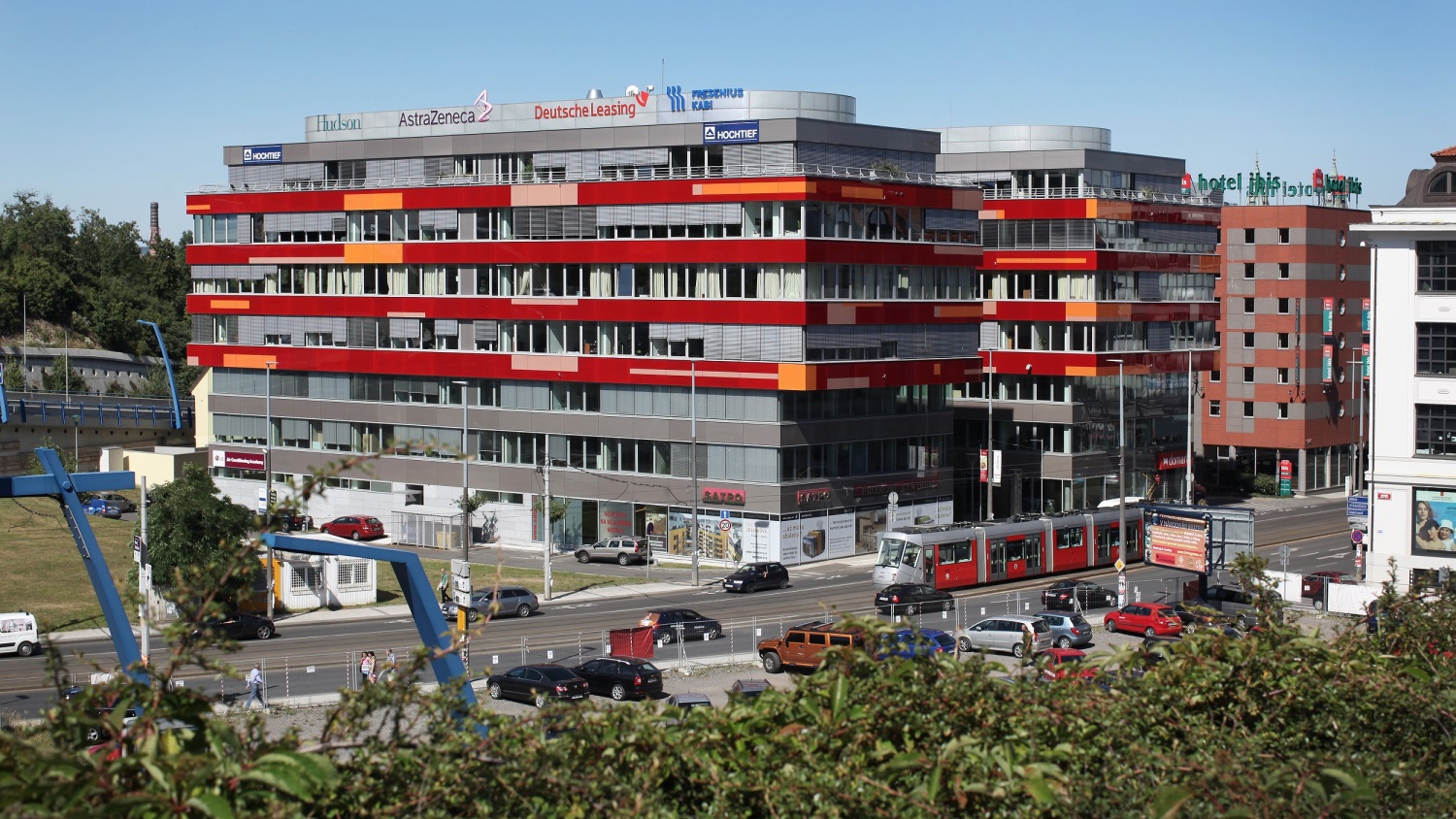 There is currently 343 000 sqm of office space in development in Prague, 144 000 sqm of which is slated for completion this year. This is the strongest development pipeline since 2014. That being said, the first quarter did not launch the major increase in new office stock expected in the wake of the historically weakest year of 2016. Completion of the majority of new space is planned for the second half of this year.

In the first quarter, only one completed office building was actually delivered to the market – the DOCK IN TWO project with 6 900 sqm, more than one half of which has already been leased. The low supply of new office space has pushed vacancy rate below 10% to 9.4%, which is the lowest vacancy rate since 2008. As a result, larger companies are willing to prelease space even before its completion. Out of the total stock in development, more than 25% has already been leased and the next 25% is subject to intensive negotiations.
The gross take-up including lease extensions amounted to 90,100 sqm in the first quarter. The highest volume of gross take-up was recorded in Prague 4 (35%), Prague 5 (16%) and Prague 8 (15%). As has become a tradition, IT companies had the biggest share in the take-up (17%), followed by consulting firms (16%).
“The first quarter of 2017 saw a reduction in completed transactions both in year-on-year terms and in comparison with the preceding quarter. Demand is still active but it is not as extensive as it was during the strong years of 2015 and 2016. At the moment, the amount of vacant space offered on the market is low, vacancy rate is decreasing and we expect it to decrease further still in the following quarter,” says Radka Novak, Partner and Head of the Office Agency Team at Cushman & Wakefield.
Development in the centre of Prague will grow
The centre of Prague is experiencing the strongest development activity since 2014. Given the considerable number of projects that have yet to be launched, the share of development in Prague’s centre can be expected to grow significantly. Projects that will enliven the city centre in the next four to five years include HB Reavis’s Vinohradská, Penta’s project near the Masaryk Station and Flow East’s Savarin and Flower House. The gradual completion of these projects will stop the growth of rents in downtown Prague that we noted last year and early this year.
Radlice quarter is the busiest with development
Radlice is becoming the fastest-growing office quarter in Prague. With 109,000 sqm currently under construction, Prague 5 is the district that has the highest share in development. Almost 65% is attributable to Radlice. The biggest projects include the second phase of ČSOB headquarters and the addition of the Mechanica and Dynamica buildings to the Waltrovka project. “Prague 5 is also becoming more popular among occupiers. The “supply generates demand” rule applies again here,” adds Radka Novak. Prague 4 and Prague 8, traditionally strong office locations in Prague, follow Prague 5 closely.

Investments in the office market to continue

€252 million was invested in the office market in the first quarter, a 60% increase over the same quarter of the previous year. The most important transactions include the Futurama (Phase 1), Komerční banka’s headquarters at Na Příkopě 33, telecommunication tower in Žižkov and Smíchov Gate. Offices were the most common target for investors in 2016. Even though retail outperformed them significantly in the first quarter of this year with 78% of the total amount invested, it can be expected that offices will strengthen again.
“The fact that most retail centres have already been transacted and are now owned by long-term investors will result in the strengthening of the other segments, in particular offices, in the years to come,” says Alexander Rafajlovič, Partner in Capital Markets Team at Cushman & Wakefield.