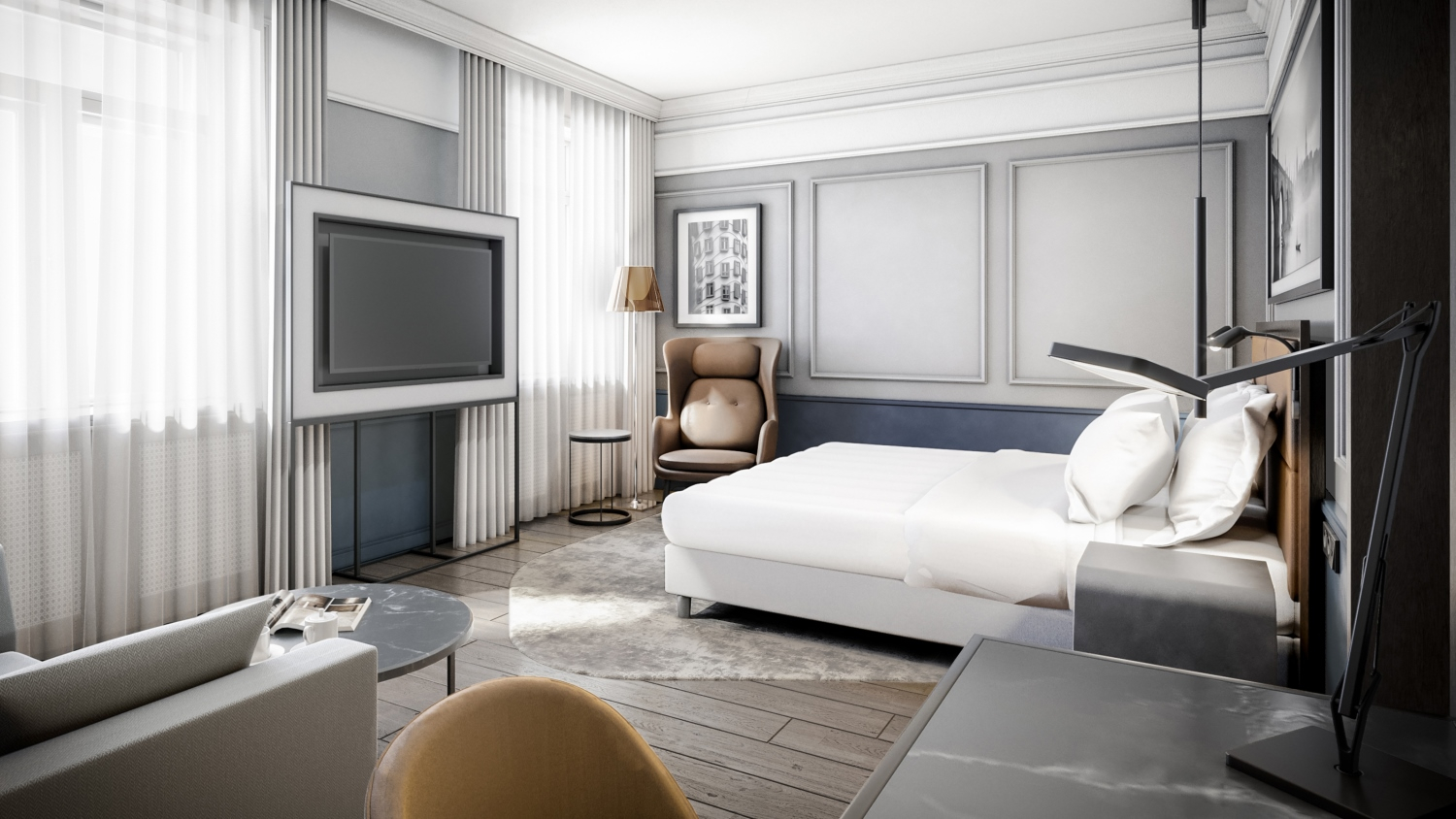 Due to COVID restrictions, hotel occupancy in Prague dropped down into the last positions among 35 metropolises in Europe. Nevertheless, for hotel operators, Prague is still the most attractive city in the CEE region. According to top market players, the sector should recover by 2024, says the latest Cushman & Wakefield report.


Last but one: such is Prague’s position in terms of occupancy rates in the hotels that were open last year in a ranking of 35 metropolises across Europe. Whereas the European average according to STR data exceeded 43%, only 26% of the hotel capacity that was operational in Prague was occupied. This represents a 26% improvement over last year, with last year’s revenue per available room (RevPAR) growing by 36% in year-on-year terms. Still, this is just one-fourth of the figure for the pre-crisis year 2019, and the occupancy rate is at one-third. Despite that, hotel operators are still highly interested in Prague – it is the most attractive city for them across the CEE region. They believe in the local hospitality market’s long-term performance potential beyond the short-term pandemic fluctuation. Due to a shortage of hotels for sale, not many transactions take place; nor is there any large-scale construction in the pipeline. New hotels will open mainly in the luxury segment. Major players expect the sector to recover completely in 2024.

With an occupancy rate of almost 80%, Prague was the fifth-best in Europe in the pre-crisis year 2019. The restrictions brought by the coronavirus crisis hit the city hard, however: with 21%, Prague ended up at the bottom the year before last, and just one spot higher with 26% last year. Only Bratislava fared worse last year with 22%. Christmas and the New Year’s Eve season did not buck last year’s trend: though the occupancy rate in Prague was 29% in December, more than 3.5 times higher than in December 2020, and RevPAR was almost six times higher, both figures were about one-third of those in December 2019.

Improvement: the latter half of the year and holiday resorts

October and August were last year’s most successful months in Prague (with occupancy rates of 50% and 44%, respectively). During these, Prague quickly outperformed many international destinations.

The increase in occupancy rates in those two months shows that the local market in itself remains attractive and tourists are still interested in it. Their numbers are curtailed primarily by external restrictions and temporary concerns of travel prevailing due to the coronavirus measures and uncertainty. At the times when restrictions are lifted and the appetite for travel grows, Prague repeatedly becomes a popular destination again and the occupancy rates in the local hotels grow.

Also obvious is the powerful influence of domestic tourism that focuses on destinations in mountains and other holiday resorts. Their popularity has grown several times over during the coronavirus crisis and the resorts are achieving better occupancy rates than before it.

Transaction activity hindered by a shortage of hotels for sale

The Czech market did not see many hotel transactions last year – but this is not because investors are hesitant: in fact, they are still interested in hotels despite the uncertainties. Hotels do not sell mostly because owners want to retain hotel properties long-term or are waiting to sell when the market improves.

Last year saw primarily sales of small hotels such as the Blue Orange Business Resort and the Ventana. For major transactions, the long-negotiated sale of W Hotel Prague (the former Grand Hotel Evropa) was completed, but this was the fruition of an agreement signed in years past.

Somewhat busier transaction activity is expected for 2022: at this point, several transactions are in progress in Prague as well as in regional centres that have won investors’ trust given the hotels’ solid performance resulting from an increase in domestic tourism. Given the aforementioned shortage of hotels for sale, though, the increase will not be significant.

Prague is the focal point of operators

That interest in Prague has been steady is also confirmed by the results of the current Operator Beat survey that Cushman & Wakefield, leading global real estate consultancy, conducted among both international and regional hotel operators active in the CEE region. Similar to last year, more than 80 per cent of them state they are “highly” or “very highly” interested in the Prague market. Of those who are just “moderately” interested, most already maintain a sufficient presence on this market.

Prague is leading the chart that ranks the appeal of twenty cities in the region: it won an average 4.27 out of five points. Warsaw follows with 3.93 points, Budapest with 3.9, and Krakow and Bucharest also come in the top five.

Sustainability on the rise

As with other segments of the commercial property market, sustainability is gaining in importance in hospitality. In the survey, some operators state that they are willing to give hotels with higher environmental ratings or certificates (such as BREEAM and LEED) more favourable commercial terms. Of those, 35% mention lower operating fees and 31% waiver technical development services fees. Just one-fourth of operators are willing to offer owners of more sustainable buildings higher key money (incentive bonuses for concluding contracts).

Recovery in 2024 and project delays

The survey of major hotel operators also sounded out their expectations for the sector’s recovery from the effects of the coronavirus crisis. Most of them are expecting levels on a par with 2019 to be reached in 2023 or 2024, depending on the importance and size of the destination. With leisure destinations, most respondents stated they expected recovery in 2023 and 2024 with capital cities.

The primary reason for projects being delayed or suspended issues with financing, though this is less frequent than in the previous year’s edition of the survey. Increasing development costs are another complication.

In Prague, the exact date of the opening of the W Hotel remains unclear and has been postponed repeatedly since 2020. The development of the Hard Rock Hotel in the Letná quarter has been suspended. Projects are currently being delayed and suspended in regional cities as well; this applies primarily to projects associated with the corporate or MICE segment that has been hit hard by the coronavirus crisis.

Thanks to investors’ and operators’ lasting interest and confidence in the hospitality market, Prague will witness the opening of several major schemes this year. Developed by UBM, the Andaz Hotel from the Hyatt international hotel chain will open in Senovážné Square in February. The Julius, a hospitality/residential concept in The House of Julius Meinl group portfolio will open in the same area in the spring. Both projects will enhance the supply of luxury accommodations, which has been quite limited so far; this should help Prague change its image and focus on high-end clients. Such is also the target audience for the Alcron Hotel in Wenceslas Square, which will undergo a major renovation and will operate as the Almanac X Prague from the end of this year, and for the aforementioned W Hotel. Another major milestone in this category, expected to launch in 2023, is the opening of the Fairmont Golden Prague Hotel (the former InterContinental) with 297 luxury rooms in the Accor Hotels portfolio whose owner, R2G is currently undertaking comprehensive and extensive refurbishment worth €110 million.