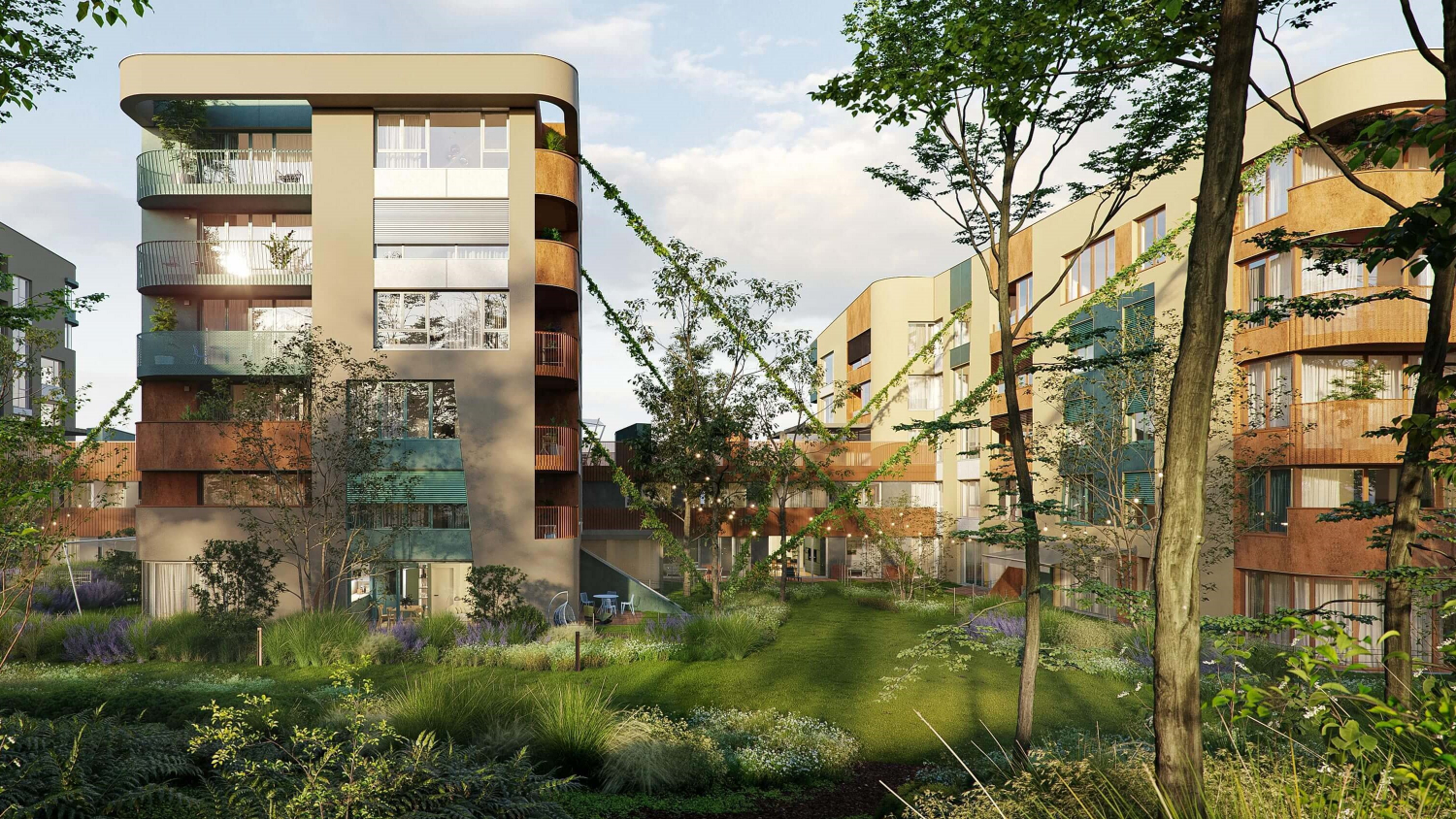 Architecture and design studio Obermeyer Helika has completed the documentation for a building permit for its latest residential building, Semerínka. The project, which is expected to start building in Prague 5 in 2023, will include not only apartments and garage parking but also a community garden, Obermeyer Helika announced today.


A new residential building, Semerínka, will be built in the former industrial zone of the Radlice district in Prague 5, which will offer 170 apartments and 216 parking spaces. The investor, Semerínka s.r.o., plans to start construction next year. The estimated construction time is 27 months. The Obermeyer Helika design and architectural office, which is the general designer of the building, has currently submitted the documentation for the amendment of the zoning decision and the building permit.

The residential house Semerínka was designed by architect David Chmelař (Chmelař architects). The solitary building with a total built-up area of 4,300 sqm is designed with four interconnected blocks of different heights, which sensitively follow the terrain. The blocks do not shadow each other, offering unobstructed views of Prague and the surrounding greenery as well as space for a community garden. "We are designing the building with the future in mind and to meet all upcoming legislative and standard requirements in the area of fire protection for parking electric and other alternative fuel cars in advance of their effectiveness. The fact that the entire project is created in 3D will ensure a higher level of coordination between all the contractors," says Libor Stránský of Obermeyer Helika, the project's chief engineer.

Obermeyer Helika is one of the largest architectural, design and construction consulting firms in the Czech Republic.