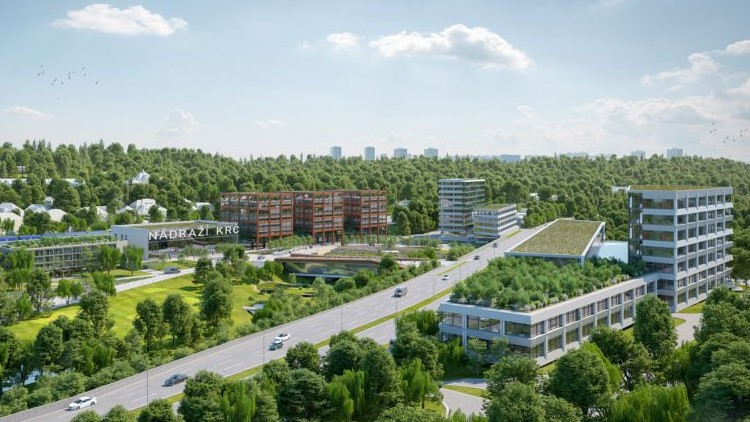 Massive construction worth billions of crowns is being prepared around the route of the new D metro line, which is currently under construction in Prague. The company Reflecta Development will build buildings with apartments and offices on lucrative land near the Thomayer Hospital for restituents, reports the daily E15.cz.


A new residential and office project will be built on 25 hectares of lucrative land near Prague's Thomayer Hospital. The developer Reflecta Development will build it there for a group of restituents and their heirs for billions of crowns. (Restituents are property owners whose properties were nationalized by the previous communist regime and returned to them only after the post-89 coup.) Until recently this land near the Thomayer hospital has the building closure, but Prague councillors lifted it this May.

The developer has been preparing a new construction near the hospital in Prague 4 for several years. In parallel to residential buildings and an office centre, it will also include a polyclinic, a rehabilitation centre and an underground car park for 300 cars. The project originally included a shopping mall, but the district and the old residents strongly objected to it. The entire project will also be connected directly to the vestibule of the new D metro line station. In the vicinity of the future Nádraží Krč metro station, the developer will have to cooperate closely not only with the Prague Transport Company but also with Czech Railways and the Railway Administration, which is planning a new station building there. "There will be a commercial arcade at the exit level of the station. One floor above at street level, restaurants and refreshments are located, along with a supermarket and a connection to the residential development and the park. On the higher floors there are spaces for offices," the developer describes. The first phase of the project alone will cost between three and four billion crowns.

In the next phase, houses with a total of six hundred flats and a pedestrian boulevard leading to the project of the residential developer Central Group will be built towards Zálesí Street. The latter acquired the vacant plots five years ago as part of the purchase of the neighbouring Zálesí office and accommodation complex from the 1970s.

The restituents of the Nádraží Krč project company, for whom Reflecta is preparing the project, also own Krč castle in the locality, which operates as a five-star hotel with the Chateau St. Havel restaurant. This is to be followed by another hotel with a restaurant. The developer also promises to revitalise the Kunratický brook and restore the ponds and orchards.