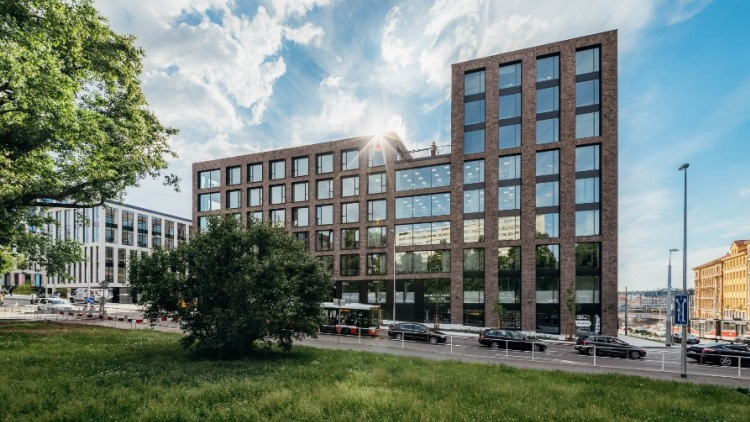 Although the Czech Republic spent Q4 in a state of emergency, with borders being more closed more often than open towards the year’s end, the Czech real estate investment market finished on less than record-breaking results but, considering the challenging year, it was far from being bad, according to Colliers International’s latest investment market report.


Total investment volumes for 2020 reached €2.66 billion. This figure is a decrease of ca. 16% y-o-y but it is still above the 10-year average. This volume was heavily supported by the Residomo transaction from the first quarter. which represented ca. 50% of the total annual volume. Without, it would have meant the lowest volume since 2013 and a y-o-y decrease of over 55%. The lower level of activity is also visible from the number of deals, when just 47 transactions took place, almost half of the number we were used to from the last four years.

Total investment volumes for the fourth quarter reached approximately €535 million with 19 transactions, mostly in the office and retail sectors. The biggest transaction of the fourth quarter, and biggest office transaction of the year, was closed at “five minutes to midnight” as Penta sold Churchill Square office project (or buildings Churchill I and II) to Českomoravská Nemovitostní (ČMN) in a joint venture with Corporate Finance House Group (CFH). With this transaction, ČMN becomes one of the largest office landlords in Prague. The volume for these two core assets was a reported €153 million. Other significant deals of the quarter included the sale of the new J&T Bank building within the J&T Group for €75 million and the sale of IBC by Mint Investments to Generali for €68.5 million.

Other sectors were also active with transactions and especially regional retail parks still in the spotlight, due to their high levels of occupancy and relatively cheap service and management costs. Immofinanz, ZDR Investments and DRFG are among the most active buyers. 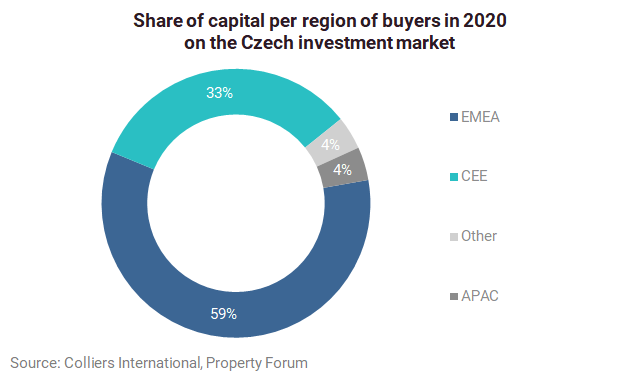 Although we see continued, pent up demand, we also recognize the level of caution from investors and therefore an easing on the pressure on pricing, but not in terms of discounts. Yields for high street retail properties and shopping centres remained on their levels from last quarter, despite limited transactional evidence. For offices and industrial assets, current prime yields are corresponding with closed transactions.

As the finalisation of the Arete portfolio sale was pushed into 2021 along with the announced acquisition of the recently completed Parkview office building by DEKA from Skanska, we already have a solid start to 2021. We see ongoing demand for core and core+ product, but investors do not fear any opportunity with longer WAULTs and solid tenants.

We see more and more investments into commercial real estate by private groups and companies who were not among investors in the past, but now they seek some vehicles to invest their capital with low risk.

Two sectors that look promising for investors are the industrial and residential sectors. With rental housing on the rise and developers looking to increase the development of rentable product, several investors such as Zeitgeist and Mint are already aiming at BTR projects or joining forces with developers to build tailor-made projects for future acquisition. The industrial sector is also in very high demand but suffers from a lack of available product as the Czech market is largely controlled by developers who are long term holders of their assets.