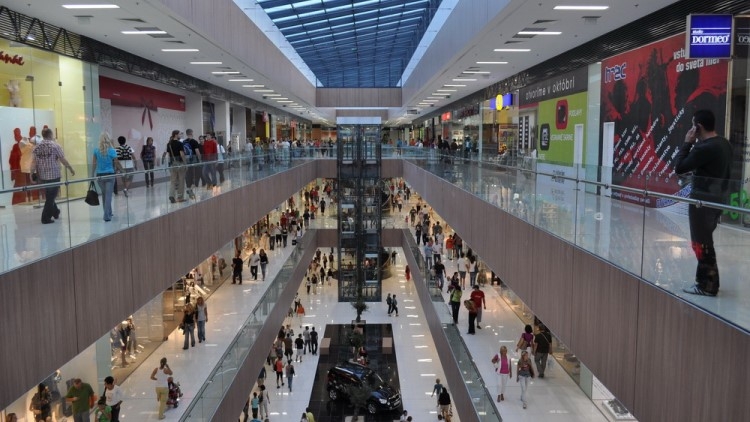 NEPI Rockcastle announced that, through its subsidiary NRP Shopping Centre Project Two s.r.o., it has signed a binding agreement to acquire 100% of the shares in MLYNY, a.s., being the owner of Galeria Mlyny shopping centre in the city of Nitra in Slovakia from a group of local investors. The aggregate purchase price for Galeria Mlyny was €121.8 million.

Galeria Mlyny is a shopping and entertainment mall in the city centre of Nitra with a gross lettable area of 33,200 sqm. Opened in 2009, the Property was extended in 2015 with a new wing, which includes a five-screen multiplex cinema. Galeria Mlyny is 98% let, including key anchors such as Billa supermarket, Bershka, C&A, CCC, Deichmann, Gant, Geox, Guess, H&M, Humanic, Intersport, Lindex New Yorker, Orsay, Takko, Tommy Hilfiger and US Polo Assn.. The property is located in the heart of the city, on a main intersection and next to the university residential quarters, and benefits from an annual footfall of 9 million people.
Galeria Mlyny is the main retail destination in Nitra, a city of 79,000 people in western Slovakia and the capital of the region with the same name, populated by over 689,000 people. The city has an important regional function as the administrative and educational centre of the county, with two universities enrolling over 24,000 students. The city’s economy is expected to benefit from a new automotive assembly plant which will open in the second part of 2018 and offer up to 2,800 jobs by 2020.
The acquisition of Galeria Mlyny will further strengthen NEPI Rockcastle’s Slovakian portfolio, which previously consisted of four shopping centres, making NEPI Rockcastle the largest retail landlord in the country.
The aggregate purchase price for Galeria Mlyny was €121.8 million. The property has a current net operating income of €8.4 million per annum, excluding potential income from vacancies.
The acquisition of Galeria Mlyny will be funded by divestments from various listed security positions (consistent with management’s strategy of decreasing this exposure), supplemented by existing liquidity resources and debt facilities.
The transaction will be closed once the outstanding conditions precedent are fulfilled. The purchase agreement for the transaction contains warranties typically associated with a transaction of this nature.