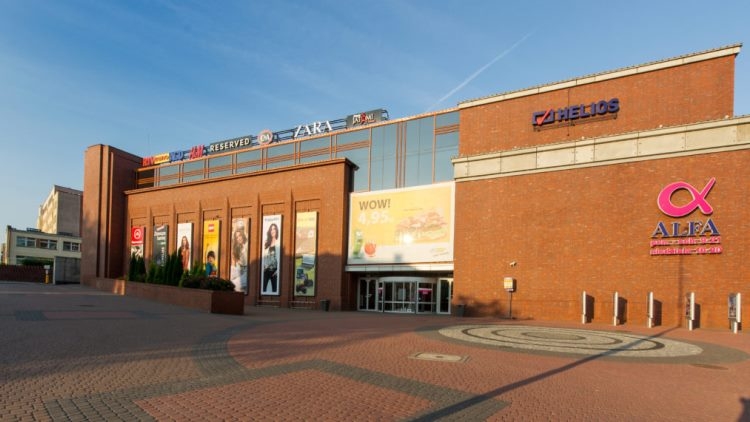 NEPI Rockcastle has acquired Alfa Centrum shopping centre in the city of Bialystok in Poland from A-JWK Management sp. z o.o. The aggregate purchase price for Alfa Bialystok was €92.3 million, representing an acquisition yield of approximately 6.7%.

With a gross lettable area of 37,000 sqm, Alfa Bialystok is the largest, most dominant fashion destination in Bialystok, Poland. The city is inhabited by approximately 290,000 people and is the most populous urban area within a radius of 200km in the north-east region of the country. Bialystok has strong local macro-economic fundamentals and benefits from cross-border retail trade due to its proximity to the Belarussian border. Alfa Bialystok is located near the city centre and is close to the internal ring road, ensuring connectivity to the immediate catchment from central areas and the densely inhabited districts of the city.
Alfa Bialystok was opened in 2008 and is a modern three-level shopping mall with 150 retail units including key tenants such as C&A, CCC, Euro RTV AGD, H&M, Helios Cinema, Inditex brands (Zara, Stradivarius, Bershka, Pull & Bear, Oysho, Zara Home), LPP brands (Reserved, Cropp, House, Mohito, Sinsay, Home & You) and Piotr i Pawel supermarket.
A positive economic environment has contributed to average tenants’ turnover growth exceeding 10% and a footfall increase of over 7% to 5.5 million in the last 12 months.
Planned future asset management initiatives by NEPI Rockcastle include improvements to the food court, the leisure and entertainment offering and tenant diversity.
The acquisition of Alfa Bialystok reflects NEPI Rockcastle’s strategy of establishing the company’s presence in the largest Central Eastern European cities by acquiring or developing dominant shopping centres in these markets.
The acquisition of Alfa Bialystok was funded by a combination of the sale of various listed securities held by NEPI Rockcastle, in line with management’s strategy of decreasing this exposure, as well as a drawdown of the €76 million, 7-year secured investment facility provided by Berlin Hyp for the purposes of refinancing Galeria Warminska at a rate consistent with the company’s other secured funding for similar assets.