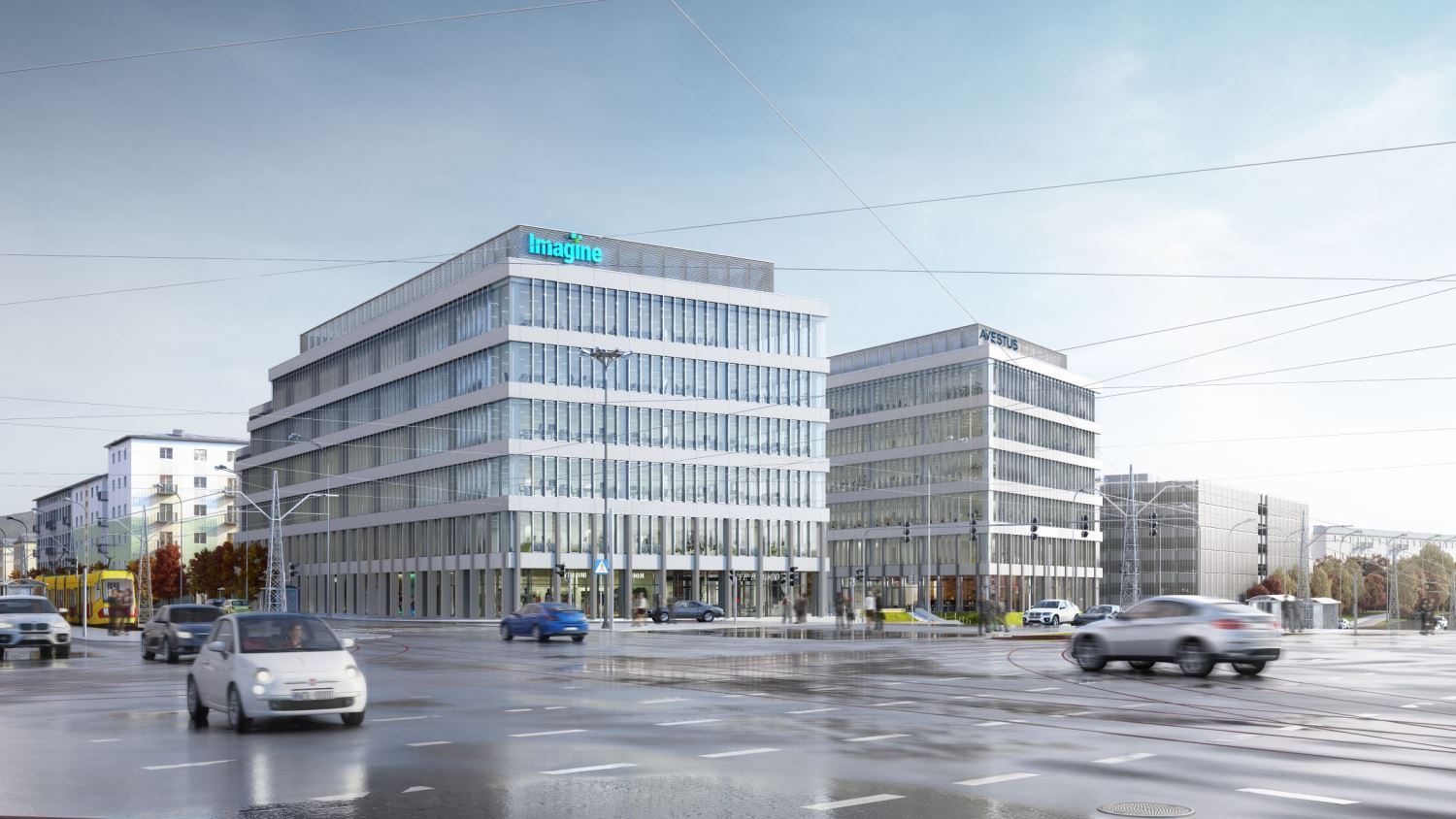 The Imagine office complex in Łódź is entering its final phase of development. Buildings A and B feature the symbolic topping out, which means that the highest construction point has been reached. The investment carried out by Avestus Real Estate at the intersection of Piłsudskiego and Śmigłego-Rydza avenues in Łódź will be ready to receive tenants in Q3 2019.

Nine months – this is how long the general contractor of the office part of the Imagine complex, Eiffage Polska Budownictwo S.A., needed to complete the construction of two six-storey office buildings. The first elements of the façade have already appeared on both buildings, and in the coming weeks acoustic screens will be installed on the roof. At the same time, insulation and thermal insulation works are also being carried out, and inside the buildings – masonry, plastering and installation works. So far, a bicycle path from Rydza-Śmigłego Avenue, as well as a dedicated heating connection have also been completed as part of the entire investment. All conflicting elements of underground infrastructure which hindered the reconstruction of the junction from Piłsudskiego street have been removed.
The Imagine complex also features a six-storey overground car park. The construction and façade of the garage were completed in September this year, and the last finishing works are currently underway. GOLDBECK is responsible for this part of the investment.
As part of the Imagine project, a Class A office complex is being built, consisting of three buildings. Two of them (six-storey facilities) will offer a total of 17,200 sqm of commercial space: 14,800 sqm of office space and 2,400 sqm of retail and service space. The third one will house an overground garage offering 356 parking spaces and 49 double bicycle racks.
The tenants of Imagine include Bluerank, a technology company which will develop 2043 sqm. of office space, the bilingual Kids&Co kindergarten and Olimp Restaurant, which will arrange retail and service space located on the ground floor of building B.
The Imagine office complex was designed by the DDJM Biuro Architektoniczne studio with Colliers International responsible for commercialization. The complex is scheduled to be delivered in Q3 2019.