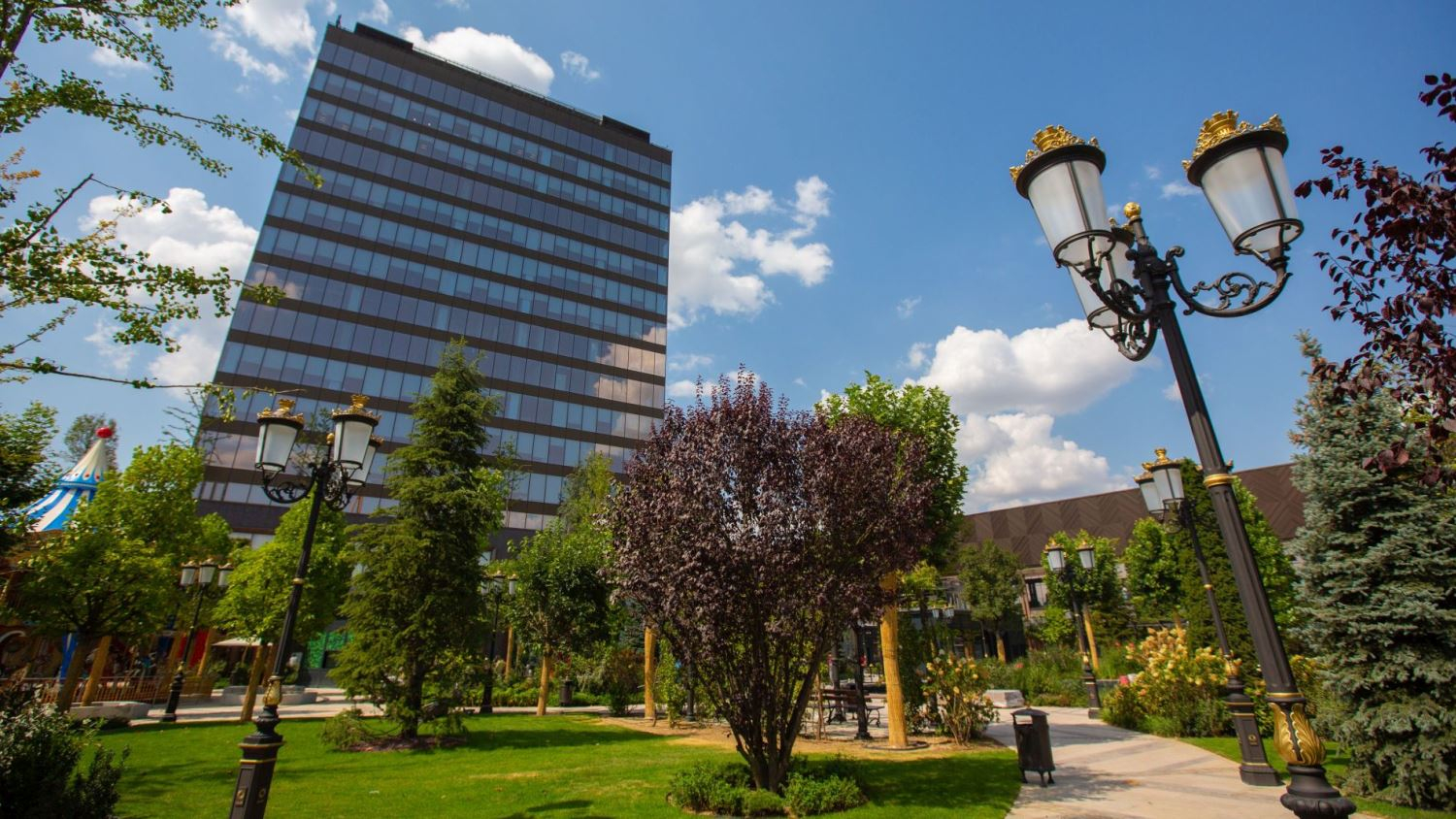 Companies Iulius and Atterbury Europe have opened the Iulius Town mixed-use project in Timișoara, the largest investment in the region, adding up to a total of €442 million. Iulius Town entailed integrating Iulius Mall Timișoara into an extensive urban regeneration project, completing it with retail, office and entertainment uses.


To this date, €327 million of the total value of the project were invested, including Iulius Mall Timișoara, while another €115 million are directed towards developing the tallest office building in Romania, currently under construction.

Iulius Town is the first mixed-use project developed in the west of Romania and the second in the Iulius company portfolio after Palas Iași.

Iulius Town is a regional project catering to Timișoara City, to clients in nearby counties and those from the neighbouring countries, Serbia and Hungary.

“In 2005, when we were opening Iulius Mall Timișoara, we knew we were not going to stop here, and our clients have confirmed this expectation. Iulius Mall has rapidly integrated in the life of a target audience that extended across the country borders and compelled the continued development of the project at a much larger scale. Iulius Town is now the city within a city, a mixed-use project that generates added value for the community and for the entire area. Together with our partner, Atterbury Europe, we have developed a regional business hub that feeds into the economic development, as well as a cosmopolitan shopping and leisure venue that is unique in Romania,” said Iulian Dascălu, President of Iulius.

“In June 2017 we entered into a 50/50 joint venture with Iulius to accelerate the rapid development pace of Iulius Town Timişoara, among other projects. Our partnership is delivering powerful results as can be seen in the infinitely impressive first phase of the mixed-use retail, entertainment and office development,” said Henk Deist, CEO of Atterbury Europe.

Iulius Town has the largest retail area outside of Bucharest (120,000 sqm, 450 stores) and the largest offer of Class A office premises in the region (more than 100,000 sqm).

The annual estimated footfall for Iulius Town is more than 20 million visitors.

Iulius Gardens – the main anchor of the mixed-use project

The park in Iulius Town entailed a total investment adding up to €8.7 million and was designed by a team of specialists from Italy, Germany and Romania. The green space integrates 10,000 shrubs and 1,400 large trees transported from nurseries in Italy using more than 500 trailer trucks. Here, visitors will be able to relax and read a book on the lawn, as the park includes wide areas fitted with special, high-traffic resistant turf. Iulius Gardens also includes a lake spanning on 800 sqm, a double-decker Venetian carousel for children, a gazebo, promenades, and squares for outdoor events and fairs.

Iulius Town also comprises a state-of-the-art conference centre, with three halls and a capacity up to 1,000 persons, that will accommodate both business and private events.

The first kindergarten in Timișoara taught in English and following a British curriculum, as well as a primary school will open in this project on the 9 September.

The first phase of development of Iulius Town includes more than 100,000 sqm of office premises that will accommodate approximately 13,000 employees. The first three office buildings are in operation (50,000 sqm leasable area), with tenants including multinational IT, automotive and customer support companies. The fourth office building, currently under construction, will also be the tallest building in Romania. United Business Center 0 (155 m height, 27 floors) will include 52,000 sqm of leasable office premises, a medical hub spanning on 3,000 sqm, restaurants, stores and a conference centre.

Iulius Town entailed significant investments in infrastructure, adding up to a total of €13 million. The streets in the vicinity of the project were widened and upgraded, while a traffic underpass with two lanes per direction and cutting across the project helps streamline the traffic in the area. All these investments were or are going to be donated to the municipality.

In addition to its functional role, the underpass is a genuine mural art gallery of an impressive magnitude owing to the graffiti works signed by 30 of the best artists in the world. This extensive project covered 2,000 sqm and enjoyed the participation of talented graffiti artists from Venezuela, Peru, Brazil, Mexico, Spain, Italy, Republic of Moldova, and Romania.

In the same vein, another €40.7 million were invested in creating new parking spaces in a multilevel parking facility and an underground parking lot, with a total number of available spaces upwards of 4,000. These are completed with 800 bike parking racks across the entire project.

The direct contributions made by Iulius Town to the local budget are estimated upwards of €6.5 million per year in building taxes.