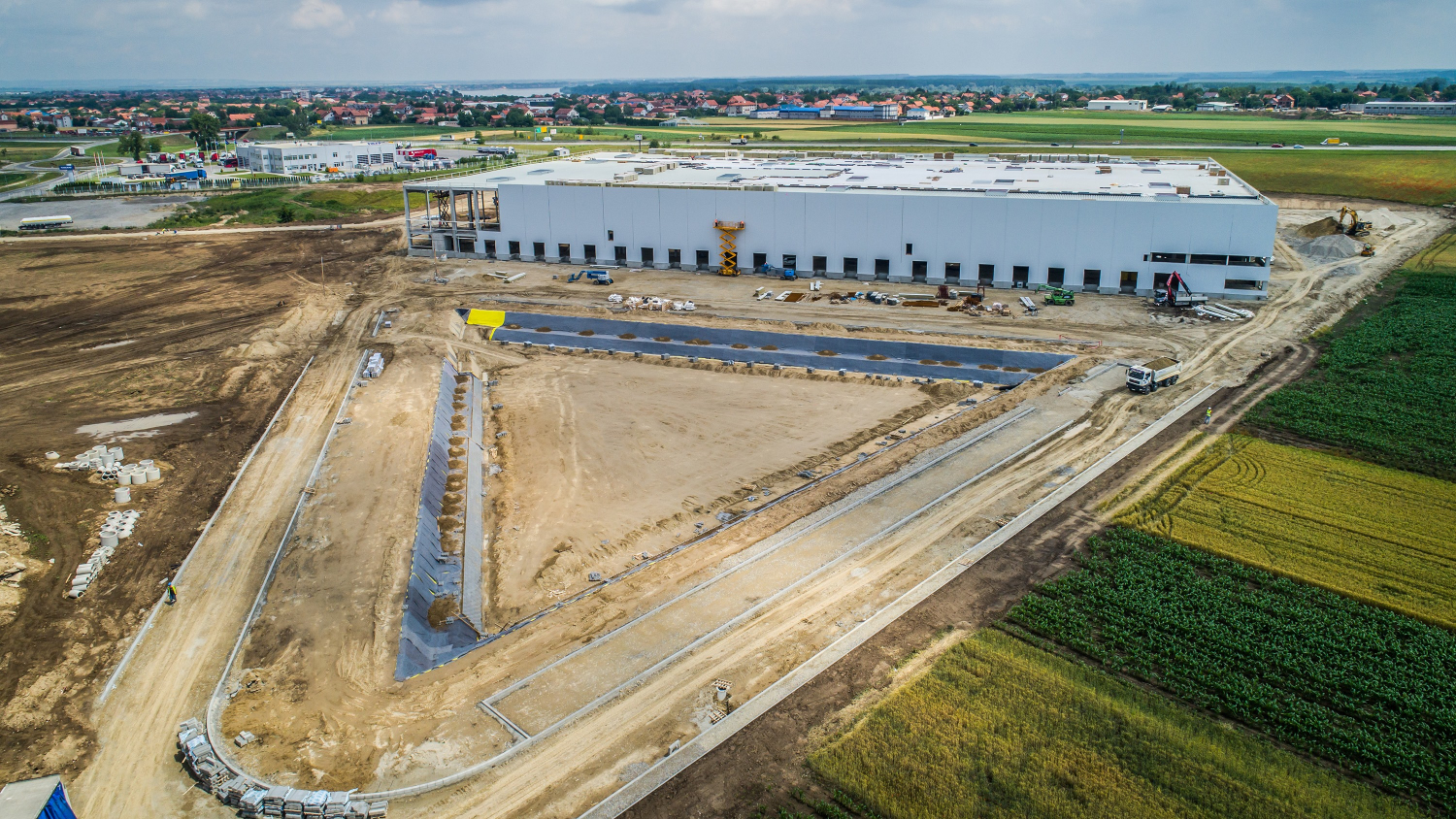 The total investment volume achieved in 2020 in the SEE region amounted to €766 million representing a 17% decline in transaction volume in comparison to the year before, according to CBRE’s market report summarising H2 2020 on the investment market.


Following the first half of the year, which recorded growth on an annual level, the second half was somewhat slower in terms of the volume of realized transactions. However, despite the challenges facing the market during 2020, the total investment volume achieved in 2020 in the SEE region amounted to €766 million representing a 17% decline in transaction volume in comparison to the year before. Office properties remained the most popular in terms of the overall investment volume, followed by retail and industrial schemes. During the second half of the year, investor interest shifted towards the industrial segment, which has been most resilient to the recent crisis and is the only real estate sector which recorded an increase in investment volumes during the year.

The most active markets during the respective period continued to be the four core markets of the region, with a slight redistribution in transaction volumes. Serbia attracted the most investment (€366 million), followed by Croatia (€226 million), Bulgaria (€139 million), Slovenia (€26 million) and Montenegro (€9 million). No notable transactions were closed in Bosnia and Herzegovina, Albania and North Macedonia. 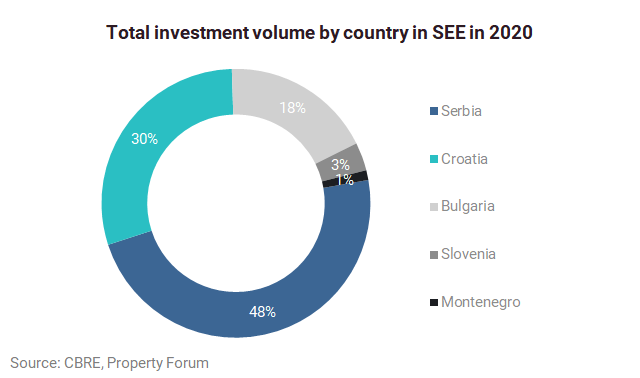 International investors, especially from the EU continued to account for the largest share of investment volume. One Hungarian equity fund stood out, primarily due to the acquisition of an extensive portfolio that includes properties across three SEE markets.