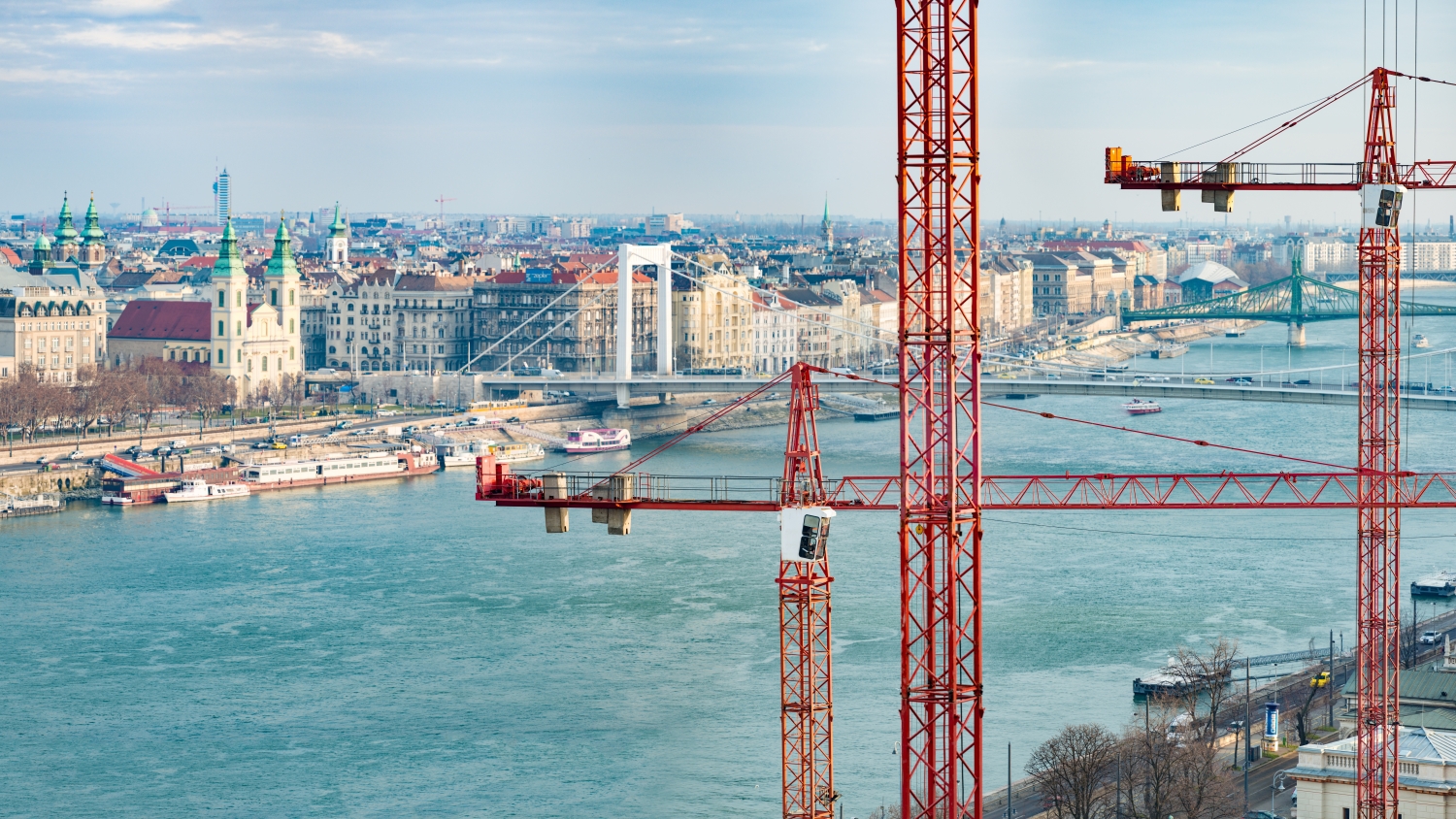 The current forecast for total construction volumes in Hungary shows increases of 8% and 12% for 2017 and 2018, respectively. The barriers for the realization of the developments are the rise of construction costs and the lack of skilled labour force. CBRE expects that these issues raise risks of delivery delays and decrease of developers’ profit margins.

In 2016 the Hungarian construction industry posted a 20% year-on-year decline in output. This correction was mainly caused by the contraction of state-run developments realized from EU funds. Excluding these mainly infrastructure developments, however, last year can be regarded as a positive turning point for construction activity. In 2016, Budapest’s office market saw an 89% spike in completions compared to the preceding year and a total of nearly 450,000 sqm is scheduled for delivery until 2020. Besides offices, CBRE calculates with ca. 1,500 new hotel rooms being under construction and scheduled for handover this year only. However, the strongest push to the building construction industry is attributable to the residential market. Coming from a depressingly low level, the upswing in 2016 was driven by low financing costs, recovered demand and the absence of new supply in recent years. As a result, last year suddenly all potential drivers in both the commercial and residential markets coincided, putting the building construction industry into motion again, following years of sluggish performance.
The current forecast for total construction volumes shows increases of 8% and 12% for 2017 and 2018, respectively. Such a significant change in the dynamics does not leave the market without impact. In fact, the surge in construction needs has driven up costs at an unprecedented pace. CBRE is continuously analysing the trends in construction costs of major items in the office/retail fit-out process and last year CBRE identified a 15-20% cost increase compared to the previous year in general, with even higher inflation in some cases.
This inflation is partially driven by surging material and labour costs, a trend CBRE expects to continue relentlessly. The industry shrunk significantly in the post-crisis years and the required recovery cannot happen overnight, especially as a significant portion of the previously available skilled labour force has relocated to Western Europe.
“This phenomenon not only suppressed construction volumes in the years before 2016, but has by now eroded the long-term output potential of the industry due to structural capacity issues. The problem is likely to become even more apparent in 2017, when the demand side in all property segments is expected to strengthen further. The single most important barrier for the realization of the forecasted development volume in the coming years is the availability of good professionals, including engineers but mainly construction workers”, Dávid Havas Head of Project Management & Building Consultancy at CBRE Hungary said.
In addition to the westbound labour flight, the decline in the number of new candidates and graduates during the crisis years lead to a 26% contraction in the total number of registered construction employees between 2007 and 2012. The statistics show some recovery since then but as of 2016 we were still well below the pre-crisis level. While some of this difference is likely compensated by the modernisation of the construction processes and equipment, the labour shortage remains the most important bottleneck.
“As a result, CBRE calculates with further increasing development costs and higher risk of delivery delays due to the uncertainty regarding available capacities. In some asset classes higher development costs can directly impact the rental or sales value, but this correlation is so far limited to build-to-suit solutions and owner-occupied projects. In the case of open-market projects the risk persists that increasing development costs are eating into the developers’ profit margins, as revenue growth is unlikely to be able to compensate for such a sudden price shift on the cost side. “Therefore, sufficient contingency in the budget and reserve in the schedule are critical. As such, a strong focus on project preparation and the subsequent project management process will be increasingly crucial going forward”, Dávid Havas added.