How can employees return to the office safer and earlier? 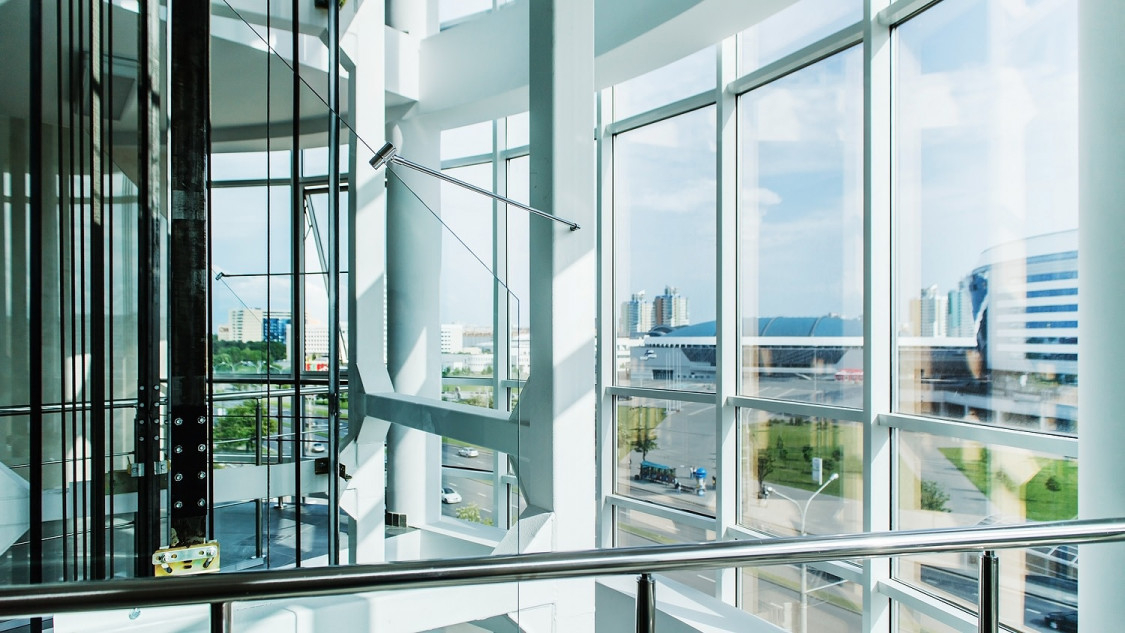 Sooner or later, many companies that recommended their employees to work from home due to the COVID-19 pandemic will return to their offices. Whether this happens in a matter of two, four or six weeks, it is a good idea to start preparing for the move now. The Six Feet Office concept offers rules and aids to enable and facilitate the observance of the safe six-feet distance for increased employee safety. The companies that implement these rules will be able to accelerate the return of their employees to the offices, and thus their own return to normal.


Cushman & Wakefield has brought together the experience obtained during the past weeks in China where it helped tens of thousands of companies with getting almost two million employees back to work, and it has analysed data from the World Health Organisation (WHO) and advice from healthcare experts. Based on this, it then developed the Six Feet Office concept and deployed it in its Amsterdam offices. It uses the concept to demonstrate the principles that help to enhance the safety of employees when returning to work.

The concept rests on two cornerstones: maintaining a safe distance and introducing enhanced sanitary measures. The goal is to prevent the virus from spreading among the employees – similar to what happens in the streets, means of transport and shops. Of course, people may find it unusual or unnatural if they cannot “make themselves at home” in the office, but the purpose here is to protect them, and just as they have accepted the rules in other environments, they should get used to them at work too.

The restrictions are not drastic; rather, they involve a change in ingrained behaviour patterns. Six Feet Office is a set of simple aids to guide people towards internalising new patterns. To that end, it employs visual elements, clear instructions and additional workplace equipment. It covers the entire working day in the office and offers handy recommendations for all standard activities.

Radka Novak, Head of Office Agency Team at Cushman & Wakefield, said: “We designed the recommendations to make the return to the offices as easy and safe as possible for people. They are intended to make sure that their interactions follow certain rules, which will assure them that they are protected from the infection as well as they can be and allow them to work undisturbed. It is all about creating a user-friendly environment in a situation that is becoming the new norm.”

Social distancing, i.e., maintaining a safe distance of six feet between individuals, starts at the entrance to the building. Indicating the desirable distances near the reception desk, in front of tourniquets or by the lifts is easy if you use visual elements such as stickers on the floor.

Floor markings can also help to direct the employees’ movements about the building, its corridors and floors – by indicating the 6-feet distance and the desirable direction of movement in the shared areas: preferably one-way traffic in the clockwise direction. This idea may seem difficult to implement and even comical – but this ‘employee traffic’ regulation is common in healthcare facilities.

It is possible to make social distancing easier during work. Again, you can use visual aids – for example, by marking a 6-feet safety zone as a circle around each desk. In conference rooms, seats for meeting participants will be placed at adequate distances, and arrivals and departures will follow rules.

Insufficient distance between individual desks can be addressed by installing Plexiglas partitions. Each workstation has to be sanitised, so each employee should have sanitisers on hand to sanitise the desktop, keyboard, mouse, etc. at the beginning and at the end of their working hours. For shared workstations, it is possible to improve sanitation using one-off desktop paper pads that the employees simply throw away once they have completed work.

More frequent and thorough cleaning is a matter of course at all workstations and in common areas; in fact, many companies implemented this at the very beginning of the COVID-19 threat. The same holds true about placing sanitisers at the building entrance and other key points.

Of course, the Six Feet Office concept is not a solution to everything. For example, air conditioning may be problematic – and adapting it to the new realities is not a matter of weeks. Offices in China, for instance, have been equipped with higher standard filtering systems due to the poor local air quality for years – and this has allowed employees to return to their offices faster now. The current situation will likely compel many local companies to rapidly start focusing on better air-conditioning technologies, too.

Some of the above measures are difficult to apply in many offices with the full headcount for which the premises were designed. This is another issue that firms have been seeking a solution to – for example, by considering a shift mode of operation where employees take turns day by day or on two shifts per day.

This is just one of the reasons why the Six Feet Office rules are not intended to be a long-term solution for companies’ everyday operation. Instead, their purpose is to enable the employees to return – and as soon and as safely as practicable.

Glyn Evans, Head of Design & Build CEE, Cushman & Wakefield, said: “The current developments will most likely change office space as we know it for the future. Employers will need to provide their employees with an environment that will guarantee good health and safety. Six Feet Office is intended to help them to realise what it takes at this initial stage and give them a handy guide for how to achieve it.”