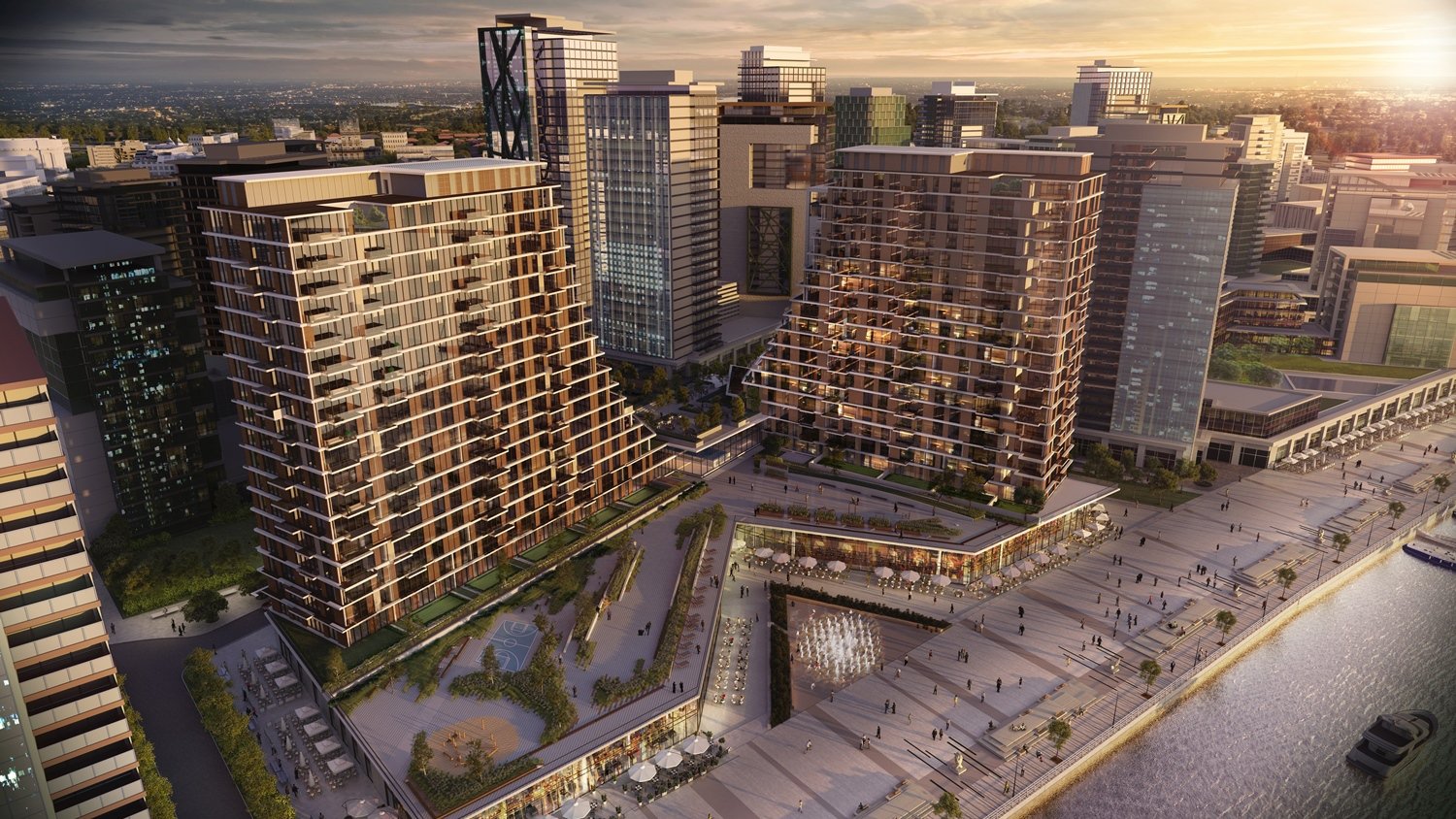 More and more cities around the world are rediscovering the potential that lies in their waterfronts. Transforming old and dysfunctional industrial zones into lively areas with mixed uses has been trending for many years now and the Serbian capital has one of the most ambitious waterfront plans in the world. When new first broke about Belgrade Waterfront in the middle of the financial crisis few believed that the ambitious plans of Abu Dhabi-based developer, Eagle Hills would ever materialise. In 2016 however the wheels of the 1.8-million-square-metre megaproject are already set in motion, completely transforming the Serbian capital. Nikola Nedeljkovic, General Manager of Belgrade Waterfront talked to us about the 3-billion-euro development.

Why did Eagle Hills choose Belgrade as the location for such a large scale development?
Eagle Hills is a real estate investment and development company focused on the development of new city hubs in high-growth international markets. With a focus on developing large-scale real estate projects, Eagle Hills designs and implements mixed-use facilities, cooperating with the world’s leading experts. These communities draw on the latest technologies to build sustainable projects that add significant value to the local economy. Belgrade is one of the most beautiful cities in the world with a strong heritage and one of the focal points of the master plan is to integrate the heritage elements within the location, as much as possible. This is particularly highlighted by the fact that the BW Gallery is located within the Belgrade Co-operative building that dates back to 1905.
What is the main idea behind Belgrade Waterfront?
Every city needs a strong hub that will attract investments, boost tourism and drive the growth of the economy. We envisage Belgrade Waterfront to be that game-changing city hub for Serbia. At the core of any successful city is an urban design that takes a holistic approach to development. A successful city provides a good and healthy lifestyle and meaningful experiences to its people. At the same time it is essential that a city creates the commercial value to enable and sustain these social and environmental benefits.

It is a mixed use project. What will be the final ratio of residential and commercial space within the area?

The master plan is a commercial development, but first and foremost it is about creating a new urban district - a fusion of the rich urban and architectural heritage of the city with a vision and promise of the future. Belgrade Waterfront converts a segregated industrial site into a new part of Belgrade where people will live, work, play, shop and go to school in the same area and because of this it demands large scale development. With more than 6,000 residential units planned throughout the phases, Belgrade Waterfront is expected to be home to over 14,000 people in addition to over 12,000 office-goers. Initial work on Belgrade Waterfront has commenced, and the first residential project within the mega-development already has its first owners of the apartments.
What kind of infrastructure developments will complement the project?
The development is an extension of the city to the riverfront: roads, walkways, bicycle paths and a linked network of open and green spaces reach out from the city to the river and ensure that the development is accessible and open for all to enjoy. The company is putting in place a robust transport infrastructure that includes roads and train connectivity. Traffic will be fluid, but bicycles and pedestrians will have preference, only 20% will be road traffic.  Bicycles will have secure lanes and a separated waterfront trail. BW will be a walkable neighbourhood and will have a comfortable public transport network that includes trams, electric shuttles, water buses and recreational personal transit.

What is timeline of the project? What kinds of facilities are being constructed currently?

Currently, most of the construction work is being done at the first residential building - BW Residences. Last month’s ground breaking marked the start of the construction of Kula Belgrade, the highest building in Serbia, which will be a home to St. Regis Belgrade. Beside this we have already reconstructed the old building of “Beogradska zadruga” which was closed to public for many years. After our renovation it became one of the most picturesque buildings in Belgrade. We made the waterfront more accessible for citizens and tourists, and finished the first part of the Sava Promenade’s renovation, which provides a sneak preview of what’s to come upon the completion of Belgrade Waterfront. We opened the first part of Gallery Walk, a new cultural and art venue. Our goal is to develop this project very dynamically so we are often working on a few different things at the same time. Besides BW Residences and Kula Belgrade, the construction of all other buildings planned in the first phase will commence by the end of the year, with a gross buildable area of 300,000 sq m.
Which will be the first new building to open?
The first residential building, BW Residences.
When do you expect the project to be finished?
We are talking about a megaproject. On a total construction area of 1.8 million sq m, the project will have a site area of 1 million sq m. It is very hard to have exact projections for a project of this size. The first phase, which includes the first residential towers (BW Residences, W Hotel, Kula Belgrade), a shopping centre and the complete Sava Promenade is expected to be finished in the next 3-4 years.

What is the estimated cost of the whole project? Where does financing come from?