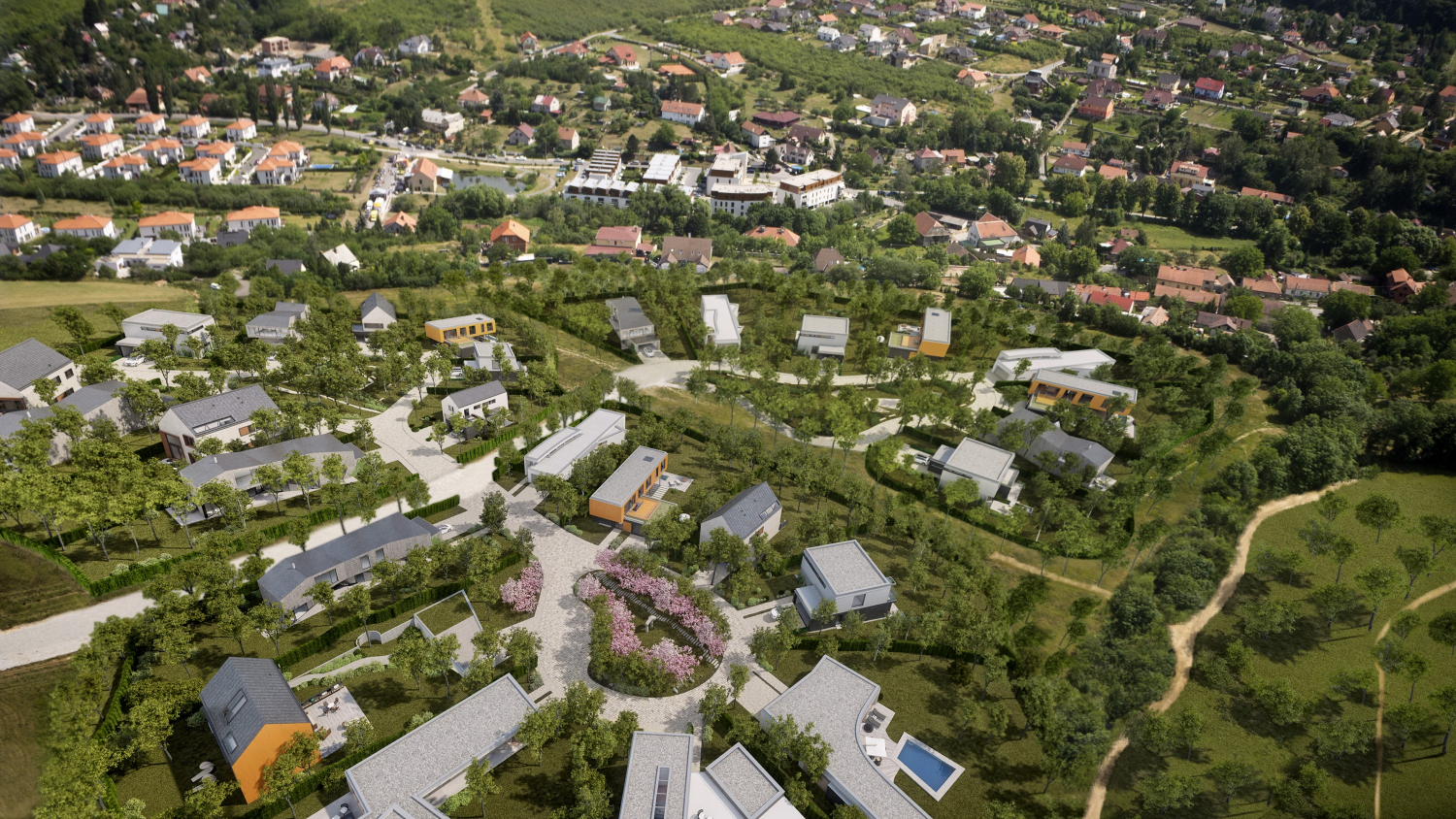 Czech development group Horizon has announced the successful completion of the acquisition of 240,000 square metres of land from the Manghi Group in the village of Statenice in the district of Prague-West. The Aura - Bydlení Statenice residential project will be built on the newly-acquired plot, eventually offering over 500 units in the form of family houses and flats, while helping to strengthen local civic amenities. The start of development, as well as the sale of semi-detached houses and villas from the first phase of the project, is planned for this autumn.


The project will consist of two main stages - in the first phase, 79 semi-detached houses and villas with areas of around 240 square metres will be built, with above-average gardens of approximately 800 to 1,500 sqm. The second phase will involve the construction of apartments in layouts 1+kk to 5+kk, with areas ranging from 30 to 120 or even 130 square metres, along with terraced houses and commercial premises. The beginning of construction for the first stage of the Aura project – with an already valid planning permit – is planned for this autumn, to be completed within 2.5 years.

As with the construction of all its residential projects, Horizon emphasises the benefits that the new construction will provide for the local community as a whole. For example, the Aura project will include the construction of 2,500 square metres for retail and services intended for all Statenice residents.

"We are cooperating with the previous owner of the land, the Manghi Group, for the project. The Manghi Group shares the same values ​​as us, and remains interested in actively participating in helping to improve the quality of life in Statenice. Together with the company's representative, Danilo Manghi, we plan to support the construction of a wastewater treatment plant and we would like to donate 5,500 square metres of land to the municipality for the potential construction of a primary school,” says Yishay Furman, CEO of Horizon.

Statenice, a village in the Central Bohemian Region only 11 kilometres from the centre of the capital, lies in the Únětický potok valley.

Billions of crowns are expected to be invested in the Aura residential project. The entire project should be completed within 5 to 6 years. The Horizon development group is currently implementing the Rezidence Modřanka, Čámovka, Kay River Lofts and Zahálka residential projects, and through gradual increases hopes to have more than 1,000 housing units under construction this year. Completed projects include Velká Brána, Rezidence Vltava and Na Hrádku.