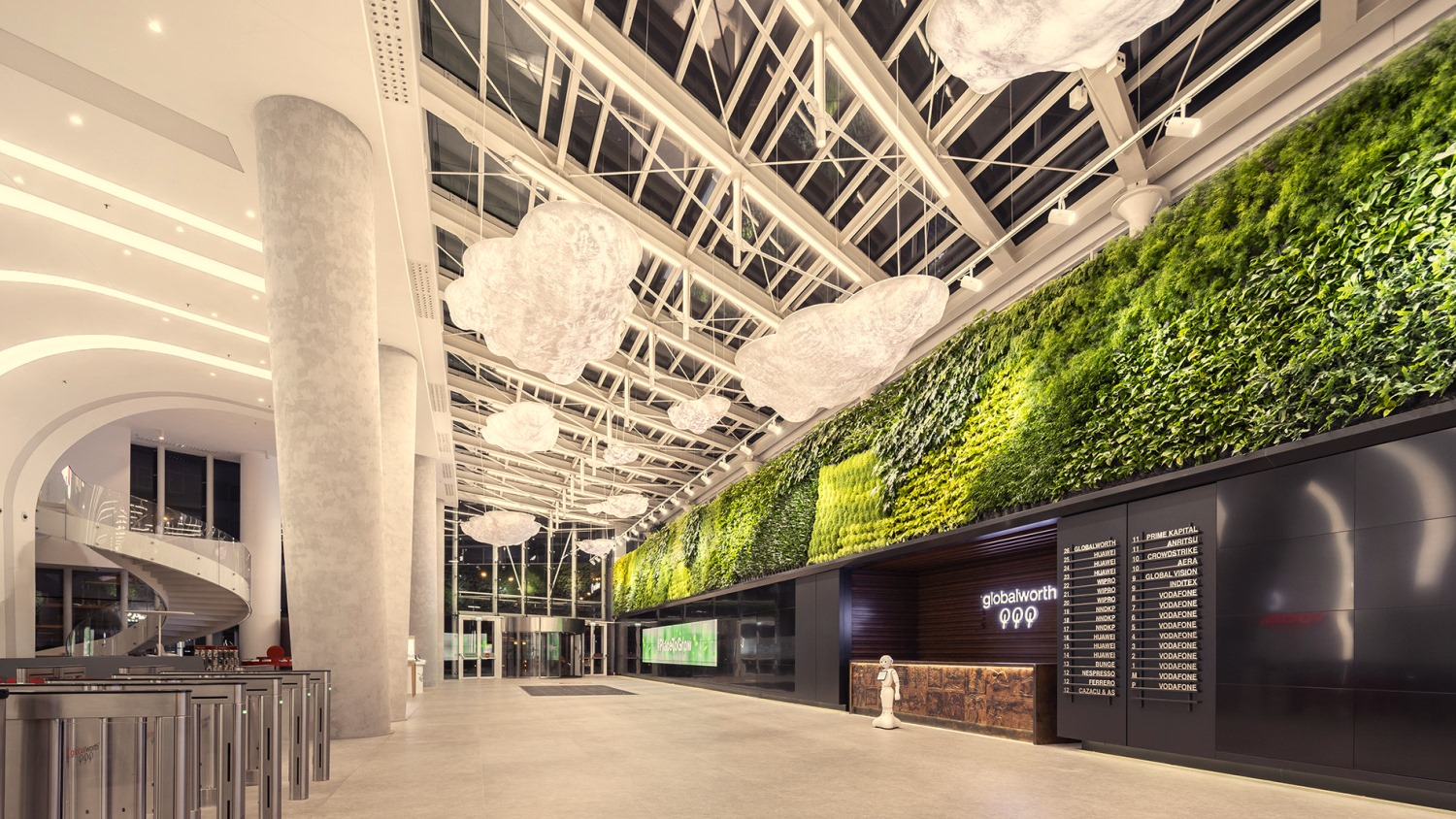 Globalworth has inaugurated the most advanced lobby in the region, with a number of innovations and technological premieres that include the world's largest kinetic floor in an office building, the longest screen wall in CEE, the largest natural green wall in an office building SEE, a space to relax with heated marble steps, Schindler projectors and Pepper, Globalworth's first robot employee. According to the developer, the Globalworth Tower building, which welcomes some 30,000 visitors daily, has become a benchmark for office space innovation and sustainability.


"Technology is part of our company’s DNA, and as a result, we can today showcase the offices of the future. The largest business community in Romania, the Globalworth community, can now enjoy a workplace which generates energy through motion and where visitors can relax and work in a comfortable lobby, surrounded by natural elements and assisted by a robot,” said Dimitris Raptis, Deputy CEO and CIO at Globalworth.

The building’s lobby, a small circular ecosystem, provides a whole series of innovative solutions to the employees and visitors that cross it: