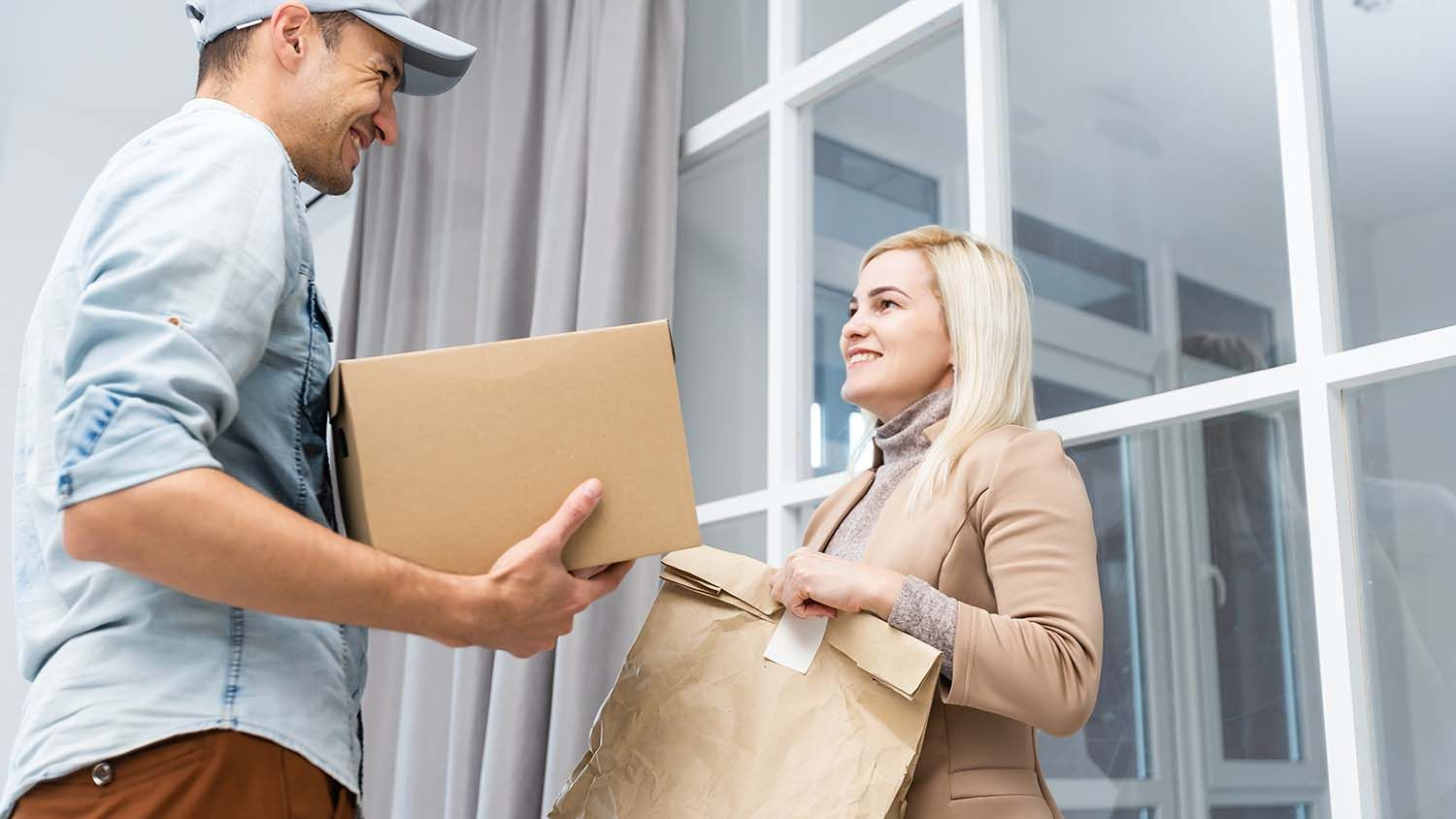 Several companies on our market are already developing their dark store networks, which allow for the delivery of food products within a dozen or so minutes from the order, and new shopping platforms announce their entry onto the Polish market. Things are getting very competitive in the quick commerce segment.


Quick commerce, which is a segment of express deliveries of basic food products, beverages, sweets, household chemicals and cosmetics, is a format that is now enjoying popularity, both in our country and around the world. Dark stores, distribution microcenters used only to handle orders placed on-line, already operate in the seven largest cities in our country. Due to the limited selection, covering from 1000 to 2000 products, they can’t compete with large retail chains and standard on-line shops offering a huge range of goods. However, they constitute direct competition to small local stores intended for quick, spontaneous shopping to meet the immediate needs. Even so, competition is difficult here due to the narrow range of products.

"The development of this form of retail, which guarantees instant deliveries to the customer, favors the strong trend of convenience, related to the expectation of comfortable and easy access to goods. This trend became even more popular during the lockdown. The formula for deliveries within 10-15 minutes, however, requires the creation of a network of properly profiled distribution facilities scattered throughout the city. Dark stores resemble supermarkets measuring several hundred meters, usually from 200 sqm up to 400 sqm, which are arranged in such a way that the individuals completing the order can efficiently move between the shelves and collect the products in the shortest possible time. They resemble shops, but act as warehouses for storing goods", explains Piotr Szymoński, Director Office Agency at Walter Herz.

Q-commerce on a larger scale began to develop in Poland only this year. The service is popular with a large group of customers. Dark stores offer goods at prices similar to traditional retail outlets. Orders are delivered 7 days a week, also on non-trading Sundays. Lisek, operating in Warsaw, Kraków, Wrocław, Gdańsk, Poznań and Katowice, ensures delivery up to 10 minutes. Completely free delivery is available at JOKR. At Jush, orders over PLN 35 get delivery free of charge.

Recent months have brought not only a rapid development of this format in Poland, but also announcements of new large players entering our market. From week to week, companies operating in this segment are expanding their range of activities, providing their service to further city districts. Meanwhile, the express delivery market is already getting crowded. Dark store chains of the first platforms that appeared in Poland, such as Lisek, Jokr, and GetnowX, are growing.

The number of Biedronka's distribution points for the Biedronka Express BIEK service, which from this October is being offered in collaboration with Glovo, is growing at a fast pace. This is the second platform that, just like the Lisek App, also functions outside the capital. Deliveries from dark stores scattered in Warsaw, Lodz, Cracow, Gdansk, Poznan and Wroclaw are made within a 2 km radius in a quarter of an hour. Distribution microcenters work throughout the week from 8am to 11pm, and in Warsaw on Fridays and Saturdays even until 2 am.

Żabka Future Group chose the Lite E-Commerce start-up, which aims to create new modern convenience solutions. The company has recently decided to launch dark stores and fast food deliveries via the Jush app. This October, Żabka Jush launched in Warsaw. They also plan expansion into the other cities.

New purchasing platforms are getting ready to take off in Poland

Although the Swyft platform has temporarily suspended its operations after six months, the companies present on our market will soon gain considerable competition. Such companies as Gorillas and Grovy have announced their debuts in Poland. Gorillas, a German start-up specializing in instant deliveries from its own stores-warehouses, forms a project management team in our country. The company, with value that exceeding USD 1 billion  just a few months after its establishment, is expanding in Europe. It operates in 15 cities in Germany, as well as in the Netherlands, Great Britain, France, Italy and Belgium. It also made its debut in New York, which will become a hub for the development of the network in the United States.

Glovo and Wolt specialize in deliveries from various stores. On our market, Glovo cooperates with Biedronka, and in its native Spain, Italy, Portugal, Romania and Ukraine, it operates on the basis of its own distribution facilities. Wolt, on the other hand, wants to launch its Wolt Market, a network of independent virtual supermarkets, in Poland, as it has in the Czech Republic, Denmark and Hungary. Wolt Market is intended to operate only as a dark store and fulfill online orders placed via the Wolt app. The company has launched their first virtual stores in Finland and Greece. One of the first Wolt Market stores also operates in the center of Warsaw. The market is open from 8 am to 11 pm, 7 days a week, and orders over PLN 150 are delivered free of charge within a 1.5 km radius.

Soon, Bolt's dark stores are to open in Warsaw. Bolt is another company to offer delivery of goods purchased online within 15 minutes of placing the order. So far, the premiere Bolt Market has been launched only in Tallinn, the capital of Estonia.

Pyszne.pl, belonging to the Dutch group Just Eat Takeaway, is also considering extending its services to delivering groceries. However, they do not plan to create their own network of dark stores, but to cooperate with the other stores.

Dark stores not in every location

"Creating a network of distribution microcenters is a big challenge. The facilities must meet the appropriate location conditions that allow for the rapid shipping of goods. They have to enable express completion of the order from its submission to delivery to the customer's door. Developers of dark stores are looking for space located next to large residential areas in most districts of Warsaw, also in those more distant from the center and in other large cities. They are located not only in commercial buildings, but also on the ground floors of office buildings. The format's potential is best demonstrated by the interest shown by many companies that plan to implement projects on our market", says Piotr Szymoński. "The selection of location for dark stores should be based on an analysis of the range and availability of the location, as well as the demographic and transportation aspect. Prospective regions for distribution networks are also those city areas where the implementation of a large number of residential projects is scheduled in the near future. Of course, the technical aspects of the premises should also be taken into account, such as the load-bearing capacity of the ceiling or the ability to charge electric vehicles, which are often used by couriers", adds Piotr Szymoński.

Market analysis concludes that the constantly growing popularity of online purchases will mean that by 2026, in just 6 years, the value of online sales in Poland will double. Forecasts indicate that the e-commerce sector is facing a period of regular growth. There is still a lot of space for the development of e-commerce in our country. The segment will increase its market share, not only by disseminating new sales formats, but also by increasing the number of online stores operating in our country. In Poland, there are even several times less of them per 1000 inhabitants, compared to some EU countries.