Developer Sekyra to pay Prague a record fee: over €22 million 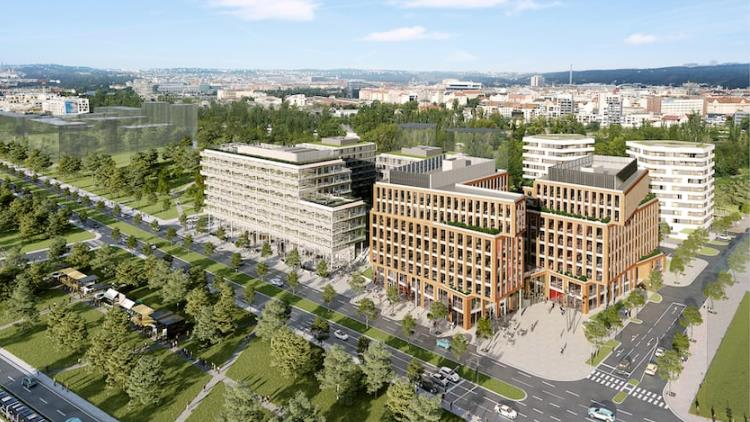 The developer Sekyra Group must pay the city of Prague more than half a billion crowns (€22 million) for the construction of public spaces in its new residential project on Prague's Rohanský island, according to new rules for private investors. This is the highest contribution a developer has ever had to pay to the capital so far, Seznamzpravy.cz reports.


Prague City Councillors have approved an amendment to the zoning plan concerning the land on Rohanský island. Thanks to this, a totally new residential area for 11,000 people will be able to grow there. It will be built by the Sekyra Group development company. However, according to the new rules for private investors, the development company must pay a special contribution to Prague and invest in the construction of public spaces in the district it is building.

Therefore, Sekyra Group will now have to pay Prague the highest contribution so far in the amount of half a billion crowns (€22 million). It will be used to build a school for 800 children and a public park. The total investment for the school is estimated by the town hall to cost CZK 1 billion, while the sum for the new district is expected to exceed CZK 18 billion (€735 million). "In January this year, after great efforts, we approved new rules for developers, a fair and transparent platform for negotiating with private investors about their shares in building-related infrastructure and providing amenities in the event of land appreciation by changing the zoning plan," said Petr Hlaváček, deputy mayor for spatial development and planning, who led the negotiations on the contribs. According to Hlaváček, it is a key tool for unblocking construction in the city and at the same time creating neighbourhoods with quality public space and sufficient civic amenities.

Although the Sekyra Group's contribution is currently the highest, much higher sums of CZK 1.55 billion (€61 million) are expected in the future, for example, in the case of construction at the Žižkov Railway Station (NNŽ). Developers were contributing to urban amenity projects in Prague before the uniform methodology was approved, but with one difference - the amount of the contribution was purely up to the agreement of the municipal district and the investor, writes Seznamzpravy.cz.