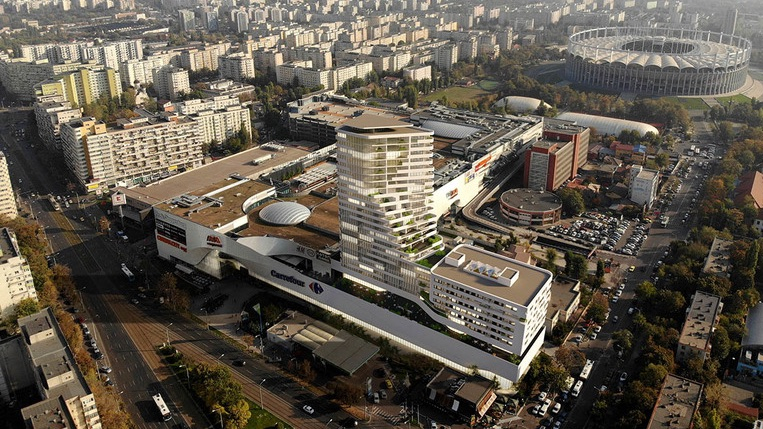 Mega Mall, the shopping centre in Bucharest owned by NEPI Rockcastle, will be expanded with new stores and a residential component that will include around 180 apartments.


The new assets will be developed on a land plot spanning close to 3,500 sqm that is owned by the property group, according to profit.ro, which reported on the expansion plans.

Two separate apartment blocks will be developed on top of the shopping mall, with the highest one set to have 23 floors. The total investment in the expansion is set to reach around €30 million.

However, the expansion project is still in the permitting phase as the Urban Zoning Plan (PUZ) in District 2 of Bucharest has been suspended in court, while the approval of new projects across the city is also recording significant delays.