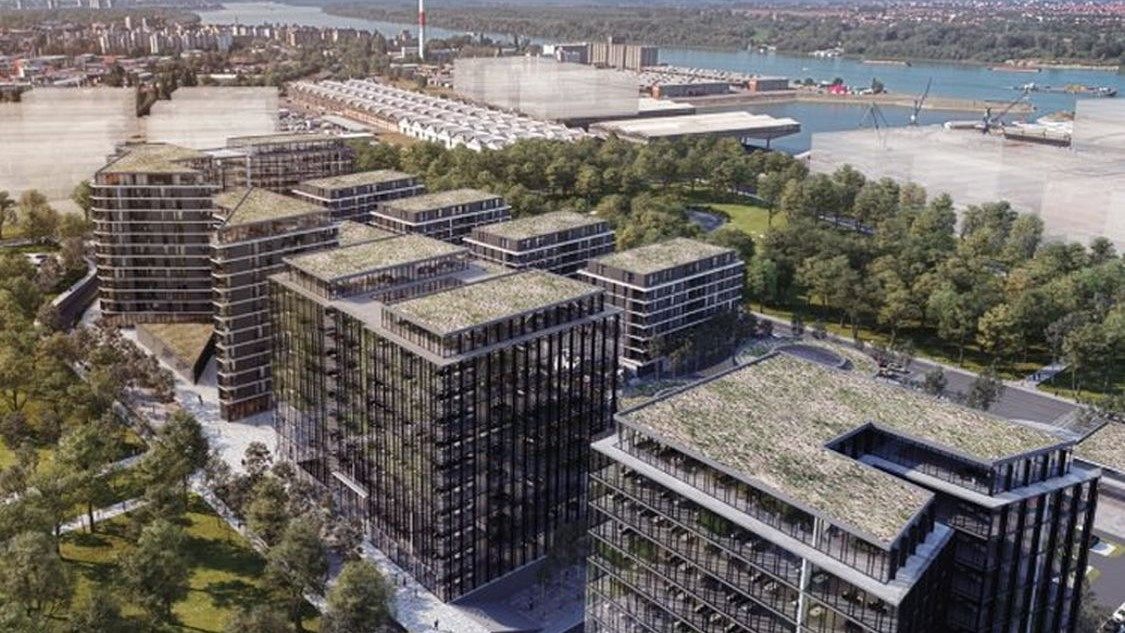 UDI Group, an international development group with Czech roots, is planning a massive construction in Belgrade, Serbia. It plans to build the Duga project with 2,320 apartments and 40,000 sqm of offices on the site of a former factory for almost €392 million. Construction is expected to start next year, UDI Group reported.


International developer UDI Group is preparing its largest-ever project in the Serbian capital, Belgrade. It will invest more than CZK 9.5 billion (almost €392 million). On the site of a former paint factory, 2,320 apartments and about 40,000 sqm of offices will be built. In an international architectural competition, the investor selected a sustainable design by leading British architect Ian Bogle.

"The original project, which envisaged mainly offices, was added to the city-wide zoning change initiated by Belgrade due to the transformation of the original railway body into a linear park adjacent to our land, in agreement with the city. Now our project is multifunctional with predominantly housing, which is in greater demand in the Serbian capital. Approximately 80 percent of the project will thus consist of apartments, which will be built on a huge brownfield site with a total of 2,320 units. About 40,000 sq m will be used for offices, and we are also considering a hotel," explained Marcela Fialkova, UDI Group's strategy director.

Not only UDI Group's Serbian team is working directly with the architect, but also the local studio ZAP, which is helping to set the vision of the leading international architectural team of Ian Bogel into local norms and realities. Currently, the Serbian UDI Group team is working with the architects on the design documentation for the planning permission for the part of the building that is directly connected to the city's linear park. "We would like to start construction sometime during next year," Fialkova added.

"We realised that this site, with views of the Danube to the north and the new urban linear park to the south, would be better served by separate buildings rather than a traditional city block. We, therefore, relied mainly on these views. We believe that this is the key to maximise the value and architectural purity of the site," Bogle explained the specific shape of the proposed apartment buildings.

The apartment buildings and offices will be built to a very high environmental standard. "We are working on the project with expert Dejan Milenic from the hydrogeology faculty of the local university, with whom we are exploring the possibilities of using geothermal energy for heat generation. For the project, we are counting on modern energy-saving technologies such as a combination of underfloor heating and passive ceilings, which is both the most user-friendly and energy-efficient solution for cooling and heating the building. We are considering the possibility of using photovoltaics," Fialková summarised the basic elements of the environmental solution. "In the Duga project, we took the most passive approach and focused mainly on the orientation of the buildings, which in itself leads to a reduction in energy consumption through a 'fabric first' design approach, with sustainability being a fundamental principle of the project from the outset. We emphasised a properly insulated building envelope to ensure low energy costs," added Bogle.