Czech retail parks are in for a major change 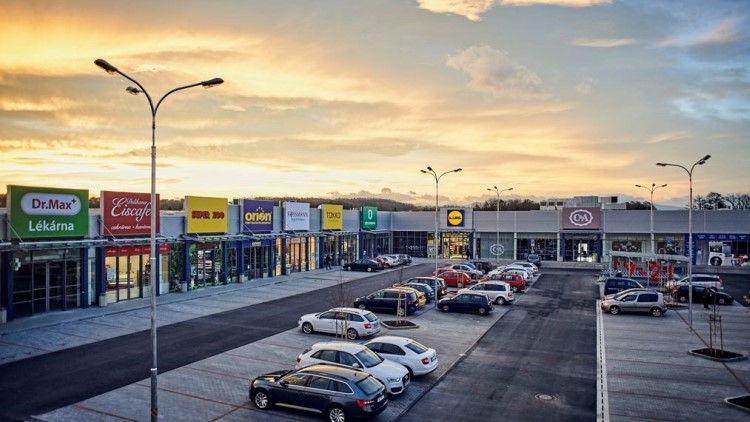 There are currently 192 retail parks in the Czech Republic, moreover 66 retail parks, totalling approximately area of 300 000 sqm, are planned to be constructed. The existing parks account for more than 790 000 sqm of retail space, 752 000 sqm of which is occupied. Hence the vacancy rate stands at 4,8% and is lower than in the previous years. These are the findings of Cushman & Wakefield’s recent detailed market research. The survey results are summed up in a map that is just being released. The map includes all existing and planned retail parks in the Czech Republic.

“The biggest potential is currently in towns and cities; developing standard shopping centres there would not be efficient but they offer a sufficient mass of customers with purchasing power. Developers are also increasingly looking at locations that make up the satellite structure around the Prague agglomeration. These are smaller towns with very strong purchasing power, mainly in the Central Bohemian Region. The concepts are usually simple and include food, chemist, fashion, pharmacy, electronics and pet shops. They target primarily customers who want to shop where they live and spend as little time doing so as possible,” says Jiří Kristek, Head of the Retail Warehouse Team at Cushman & Wakefield.
Upgrading retail parks and adding new concepts is one of the most important trends coming up in the nearest future.
“Retail parks are in for a period of major changes. Compared with those abroad, they still lag behind in terms of design and services, and as a result they not only offer their customers a poorer shopping experience but also miss out on an opportunity for greater profits from fully utilising their potential. Developers are becoming increasingly aware of this handicap so we can hope to see some of the desired changes coming soon. For the nearest future, we expect a trend of gradually extending shopping parks and upgrading their design. A change in project concept will go hand in hand with that. Cafés and various catering concepts will pop up in retail parks, as the case has been in current shopping centres. Fuel filling stations and car wash services are being added as of now. The intention is to provide added value to customers and make them spend more time in the retail parks,” says Jiří Kristek.
New trends will also influence occupier structure. We can expect parks to be increasingly used by the growing e-commerce chains which will favour retail parks to high street locations for their pick-up points. The reason is good accessibility with ample parking room, which makes things much easier for end customers.
Cushman & Wakefield’s new map contains a list of all existing retail parks as well as ones under construction and planned projects including the extensions of the existing schemes. The map also includes the main operators.