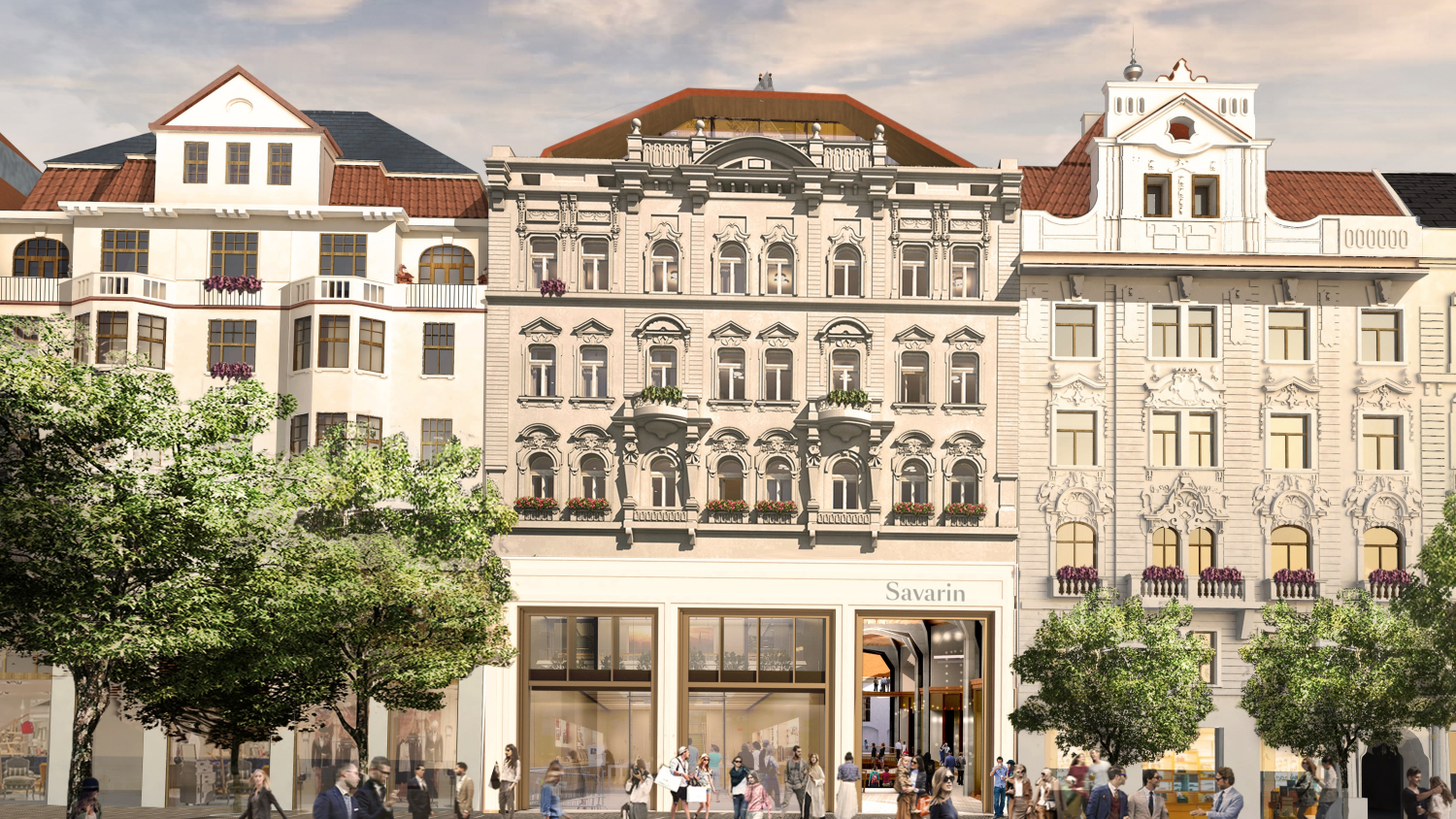 There are strange dances around the reconstruction of the baroque Savarin Palace in the centre of Prague. The CZK 10 billion project has been approved by the city's conservationists and city councillors and the first phase of the project is already underway, according to the builders. However, the Ministry of Culture has now rejected the project, saying it would threaten the city's conservation area, the Czech News Agency (ČTK) reports. Therefore, Culture Minister Martin Baxa has a request on his desk from the construction company Crestyl to review the decision of his officials, as company spokesman Ondřej Micka confirmed to Property Forum today.


The reconstruction of the historic Savarin Palace near Wenceslas Square in the centre of Prague has been put on hold by the Culture Ministry. With their rejection, monuments officials from the Czech Culture Ministry have now opposed a key decision by the city's municipal monuments officers, who had approved the redevelopment five years ago. "The project for the redevelopment of the courtyard, created by the studio of architect Jakub Cigler, is "completely unacceptable in the long term from the point of view of the state monument protection," the ČTK cites the ministry's spokeswoman Ivana Awwadová.

However, according to Crestyl spokesman Ondřej Micka, the permitting process is very complex. "The project has been repeatedly modified and carefully consulted with the conservation authorities. The Ministry of Culture had several reservations about the project, but these have already been included in the project. Therefore, we have already asked the Minister of Culture to review the decision of his ministry. We are now waiting for his opinion," notes Ondřej Micka. In addition, three years ago the company invited the London architect Thomas Heatherwick's studio to the project, and the current project has a different form than the one to which the rejection decision of the Ministry of Culture was issued.

The Ministry's decision thus only reflects the length of all the permitting processes but does not apply to the implementation of the overall architectural design prepared by Thomas Heatherwick's studio, says Ondřej Mika. "His proposal has already been publicly presented and has received positive opinions from both the Municipality's Department of Historic Preservation and the National Heritage Institute, and it has the support of the Institute of Planning and Development of the City of Prague and the management of both Prague 1 district and the Municipality of all Prague," notes Micka, adding that "we are counting on similar things in the schedule and plans and it certainly has no impact on the implementation of the project. Since the end of last year, the first phase, which is the reconstruction and restoration of the historic Savarin Palace, has already been underway." In addition, a triple agreement about Savarin was signed this February between the City of Prague, Crestyl and the Mucha Foundation too, because twenty canvases of the Slavic Epic by the Art Nouveau painter Alfons Mucha were to be exhibited in the palace after the reconstruction. The agreement was also approved by the Prague City Council.

The reconstruction of the late Baroque Savarin Palace, called Sylva-Taroucca or Piccolomini, is intended to connect the space of four separate parts and the surrounding area of the streets Panská, Jindřišská, Na Příkopě and Wenceslas Square. The 1.7-hectare complex will also include a market, cultural events and restaurants. In 2021, Crestyl issued CZK 2.2 billion worth of bonds to finance the project.