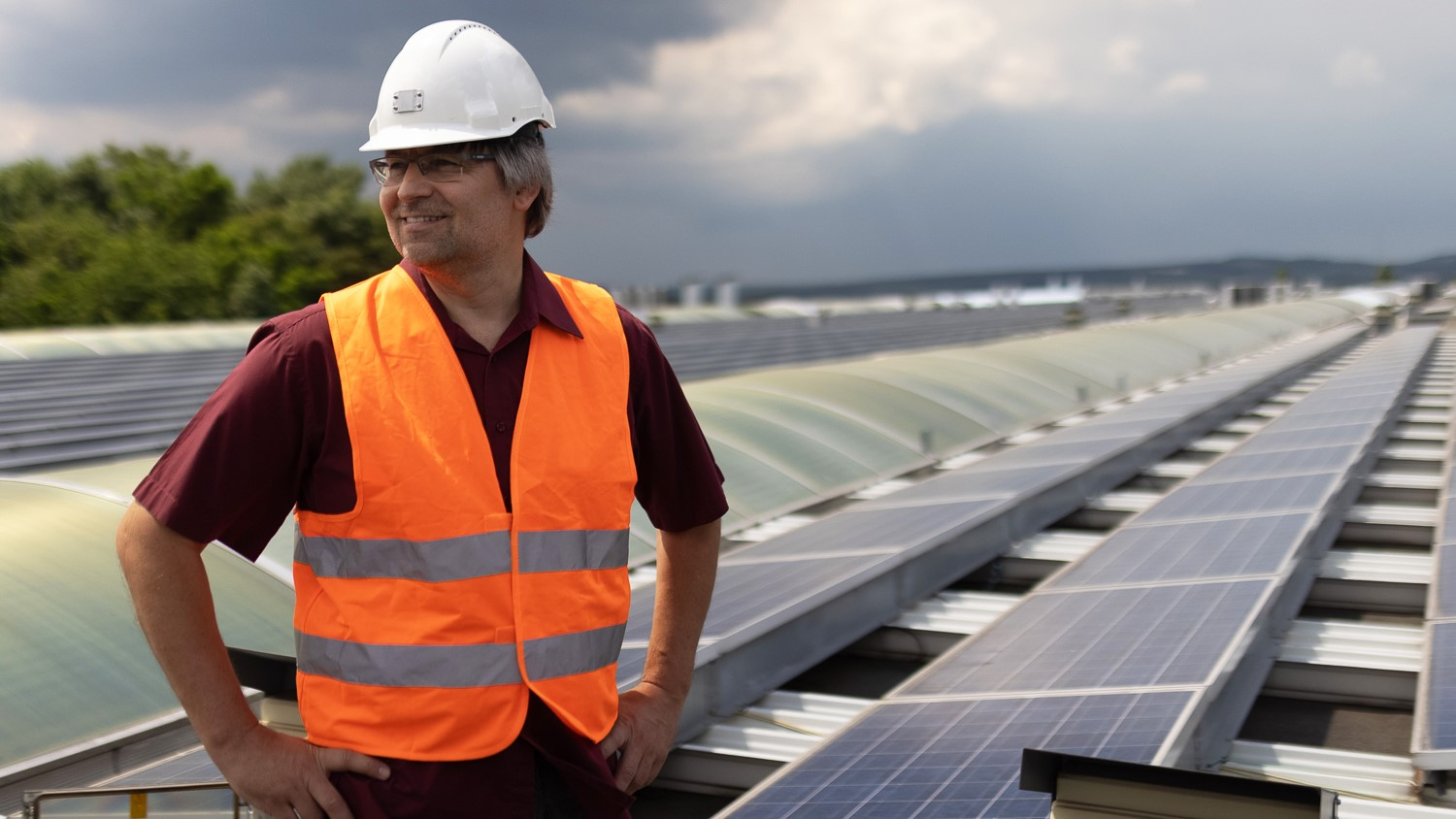 CTP plans to install photovoltaic power stations in its CTParks with a peak performance of 200 – 250 MWp and with the growth of their portfolio reaching 300 MWp.


CTP continues the construction of photovoltaic power stations on the roofs of its warehouses in its CTParks. Equipping all solar-ready roofs in the Czech CTP portfolio is a core part of its long-term strategy to create sustainable parks with solutions targeting energy independence and creating islands of sustainability. They will not only be energetically neutral, but energetically positive, and as such will contribute electricity to the grid. CTP wants to build a PV production capacity up to 15 MWp until the end of this year. Next year it targets to increase the production by 20 MWp.

CTP's Solar Plan envisages the installation of photovoltaic power plants on all suitable roofs in the medium to long term, with the developer building all its warehouses from 2020 onwards in line with a comprehensive building sustainability initiative. All new warehouses built from 2020 onwards are, therefore "solar ready", i.e. static- and insulation-ready for the placement of PV on their roofs. Based on current estimates, the Solar Plan envisages that PV plants with a capacity of 200 to 250 MWp could be installed in CTParks in the Czech Republic alone, and even up to 300 MWp with the expected portfolio growth. CTP started installing PV plants in 2010 and so far has covered 13 rooftops of its CTParks across the Czech Republic, generating 6 MWp. This year, CTP plans to complete additional PV installations with a capacity addition of up to 9 MWp, reaching a cumulative output of 15 MWp by the end of 2022. The target for 2023 is another 18-20 MWp.

With the political-economic turn towards renewables, the Czech Republic has moved towards announcing subsidy calls. CTP submitted several of its projects to the first wave of the Modernization Fund and succeeded in obtaining funding for projects above 1 MWp in the North Moravian Region. Thanks to the subsidy, CTP will receive approximately CZK 120 million (€4.8 million) to build PV plants on six rooftops in CTPark Ostrava and two in CTPark Nový Jičín, which will cover approximately 30% of the total investment costs. CTP succeeded with five other Brno warehouses in the Modernization Fund's subsidy call with projects below 1 MWp, for which it should receive CZK 26 million (€1.055 million). The developer plans to participate in other rounds of subsidy programs. The Modernization Fund requires the PV plant to be completed within five years of receiving the grant. CTP is aiming for a shorter timeframe, as the company would like to install, approve and connect most of its ware-houses to the distribution network by the end of 2023. Currently, all documentation and tenders for the PV projects are being prepared. CTP plans to start the actual installation at the end of the summer.