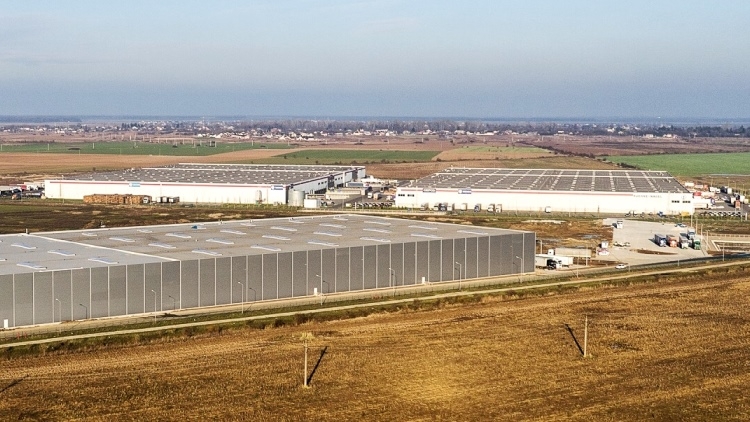 CTP will complete the construction of several warehouses and start new developments in its three logistics parks situated in the vicinity of the Romanian capital: CTPark Bucharest West, CTPark Bucharest and CTPark Bucharest North (former Chitila Logistic Park). It is estimated that by the end of 2018 their cumulated surface will reach approximately 680,000 sqm. CTP plans a total expansion of at least 300,000 sqm at national level.

Co-Country Head Ana Dumitrache recently talked to Property Forum about the company’s plans for Romania.
This year will be marked by a strong development process in the western part of Bucharest, where CTP owns three properties. Overall, the company scheduled the delivery of approximately 236,000 sqm GLA near Bucharest, distributed as follows:
“In 2018 we will continue to grow rapidly, at the same pace that we had last year, which was the best year of CTP since its entrance on the local market. We plan to focus in an equal manner on constructions and acquisitions of new properties. We will keep on developing intensively in the vicinity of Bucharest, because obviously this is the area with the highest demand for leasing industrial and logistics spaces throughout the country. The largest area of new storage facilities will be delivered in CTPark Bucharest West that we are determined to make the biggest logistics park in Eastern Europe in the next two years. Therefore, we will strengthen our position as leaders in what concerns the dimension of our portfolio, both near Bucharest and throughout the country. CTP will continue the expansion processes began last year in its parks across the country and will also start new construction works”, stated Ana Dumitrache, Co-Country Head of CTP Romania.
CTP’s plans for 2018 include, among other projects, the completion of the developments began in its parks from Timișoara and Cluj-Napoca as well as continuing the development of CTPark Pitești.