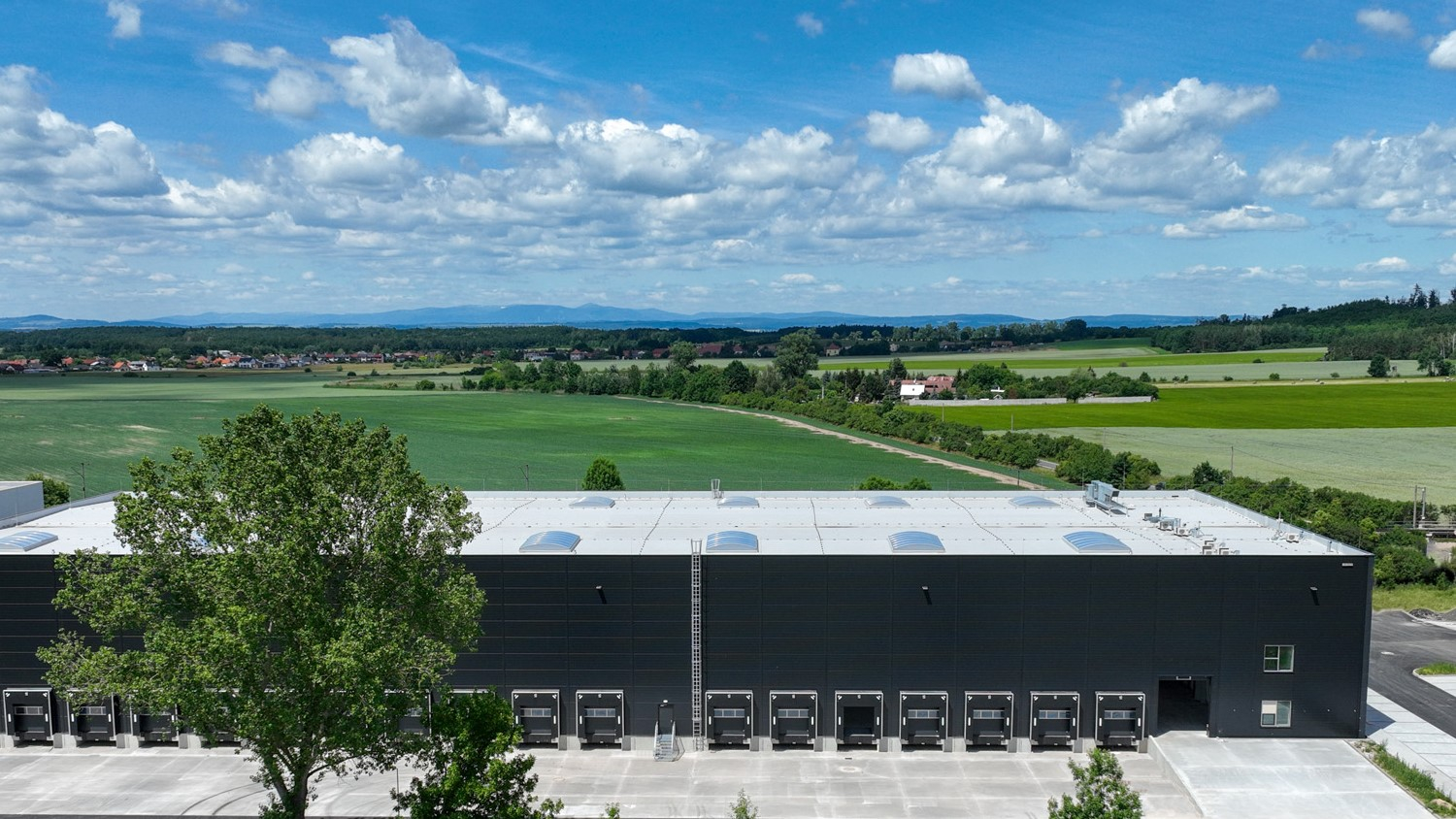 There is a new modern industrial & logistic warehouse with 5,000 sqm of space in Hradec Králové which is already leased by the logistic company Geis. The building has been completed by developer CTP as their first warehouse in CTPark Hradec Králové. With the cooperation of the city, the developer has also built a new traffic light-controlled intersection nearby and now also plans to finish a second, larger warehouse in the park in the 2023 spring, the company announced.


CTP has made significant progress in building the sustainable industrial complex CTPark Hradec Králové, which is located in the heart of the wider East Bohemian region. Following a mutual agreement with the city, the developer has completed the first warehouse with an area of over 5,000 sqm. The modern building with black cladding has been leased and already taken over for trial operation by the major international logistics company Geis. In addition to the warehouse, CTP has also built a brand-new traffic light intersection in cooperation with the city. The intersection is connected to the central transport system to help improve the traffic flow.

"It is fantastic that we have completed the first warehouse, which already has its tenant, and we can continue to work towards the successful completion of the entire project. I believe that CTPark Hradec Králové will help with the development of the local area and will bring many new opportunities for enriching the business environment in the Hradec Králové Region and beyond. I would also like to thank the city representatives for their cooperation, that enabled us to carry out infrastructure modifications beyond the original project, which have subsequently led to an improved traffic flow in the vicinity of the site," emphasized David Chládek, Country Head of CTP Czech Republic.

In the spring of 2023, a second warehouse with an area of over 7,000 sqm will be completed. Part of the building has already been contracted to a tenant, who will use it to store pharmacy goods. There are two more units suitable for warehousing, logistics or light manufacturing. The complex also includes CTBoxes, offering three functions in one - retail, warehousing or light manufacturing, and office space. The units are ideal for smaller local companies and a variety of commercial activities such as e-commerce, auto repair, etc.

"I am pleased that we’ve been able to establish meaningful cooperation with CTP, despite the complicated history. It demonstrates that, by working together, it is possible to solve even the most complicated problems. In addition to the fact that a modern complex is being built on the outskirts of the city, which will expand business and job opportunities, we are also cooperating with the developer on the development of the city. For example, together we are planting 6,000 oak trees in the local forests and hundreds of fruit-bearing trees in the alleys," added Alexandr Hrabálek, Mayor of Hradec Králové.

The entire CTPark complex is characterized by the use of the latest technologies and construction solutions. It features important components enabling more efficient and economical use of resources including rainwater retention systems, greywater harvesting, waterless urinals, smart LED lights and more. CTP has a long-standing commitment to the sustainability of its parks, as well as their environmental impact and contribution to the local area. The park will be full of greenery including a tree avenue, there will also be a cycle path, new public transport stops, pedestrian crossings and other features contributing to better accessibility of the whole area. Like all CTParks, the site will be certified under the BREEAM environmental sustainability assessment.