Crestyl wants to change the centre of Brno 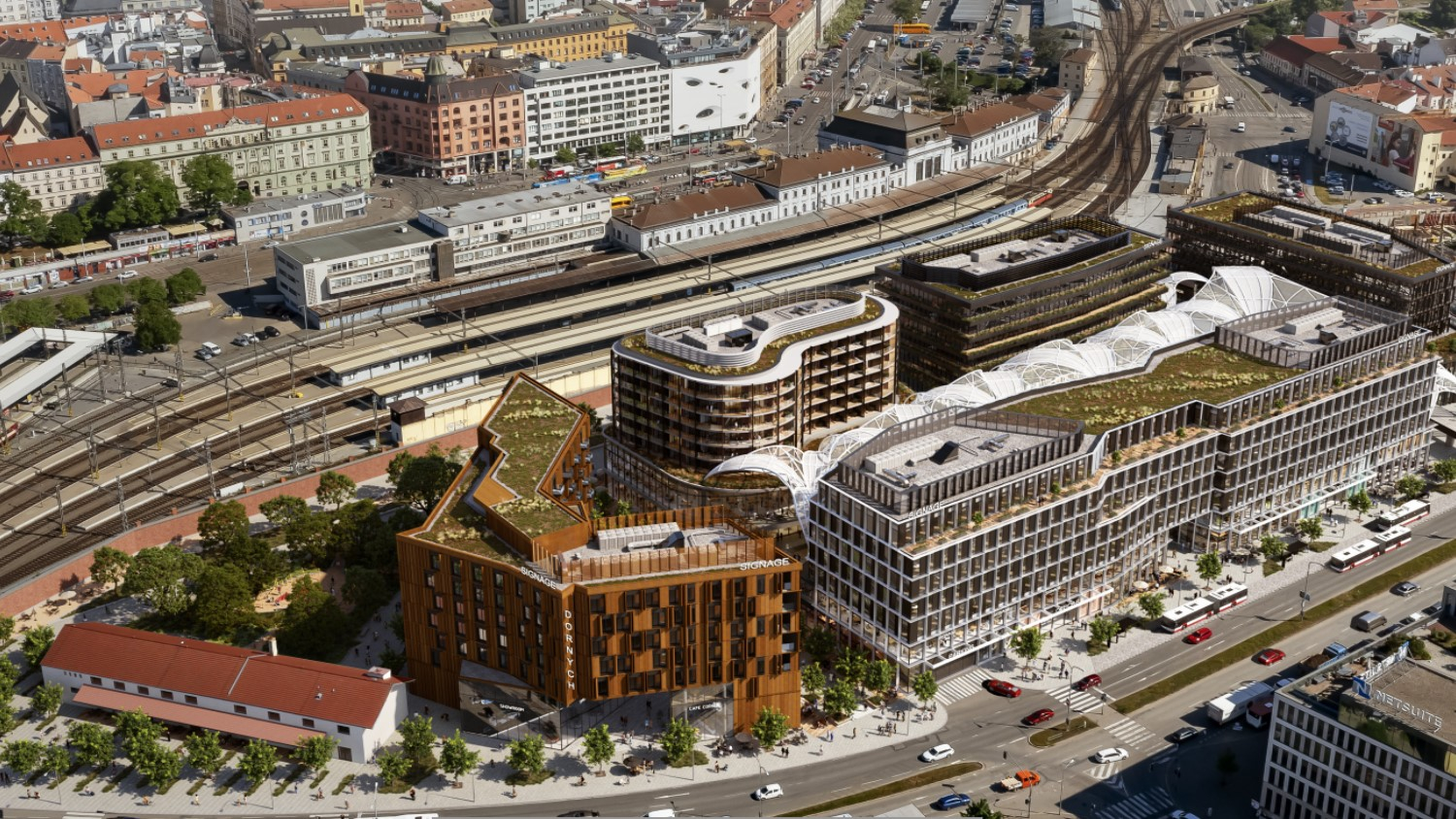 Developer Crestyl wants to transform the centre of Brno near the main train station with the Dornych project, connecting the historic centre with the newly planned district. It is to create a freely accessible public space that will include six buildings with apartments, office and retail space and underground garages. The project, with a total investment of CZK 7 billion (€285 million), already has a zoning permit and expects to receive a building permit by mid-2023, the developer announced at a public presentation of the project.


According to the plan of the developer Crestyl, a brand new urban district is to grow in the centre of Brno. In the vicinity of Brno's main railway station, a new freely accessible public space with a total area of 25,000 sqm, lined with several smaller buildings, will be created in place of the old Tesco shopping centre, connecting the historic city centre with the planned South Quarter (Jižní čtvrť). The lower floors of the new buildings will be reserved for shops, services and restaurants, while the upper floors will offer rental housing and offices. A total of 216 apartments are to be built here, as well as 26,000 sqm of office space, 27,000 sqm of retail space and underground garages. The project will be connected to the street network and the underpass under the station, and in the future, after the main station is moved, also to the city park system on the site of the current railway track.

Everything is designed in accordance with the highest level of the prestigious LEED Platinum (Leadership in Energy and Environmental Design) global certification for sustainable projects. This represents a set of guidelines for the design, construction, operation and management of buildings that are environmentally friendly and respectful of their surroundings. The project already has planning permission. The total investment in the project, which is expected to be completed within four years, is over seven billion crowns (€ 284,802,178.78).

"We want to create a permanent living and freely accessible public space with all the functions that go with it. That's why we are adding rental housing in addition to the existing use for shops, services and offices," says Jaromír Krb, Crestyl's development director. "Of course, we prepared everything in close contact with the Brno City Architect's Office and the city itself to ensure that the project meets the needs of the city and the further planned development of its entire southern area. We want the new Dornych to truly enrich the city."

The main architect is the international planning and architecture studio MTDI led by Mark Tryzybowicz. The closest project he is behind is Bratislava's Eurovea mixed-use centre with offices, shops, apartments, restaurants, a park and a promenade on the Danube riverbank that connects the river to the city centre. The Dornych project also involves an important local partner, the Brno-based Arch.Design studio.

Crestyl bought the current shopping centre from Tesco in 2017.