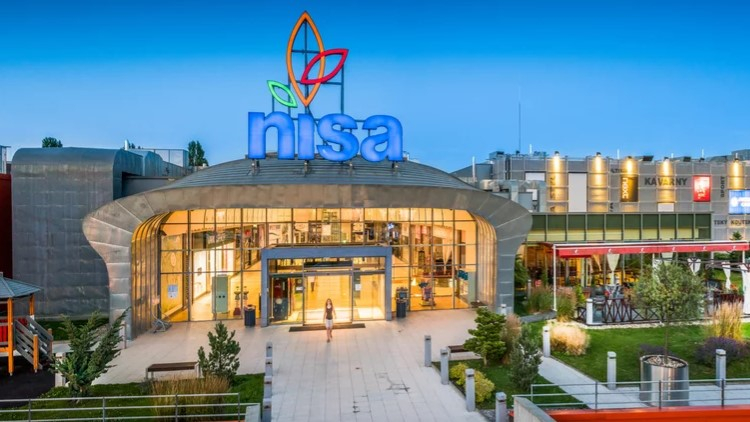 
In Hradec Králové, the reconstruction will start this month, in Liberec, it has already started in May. "We have been planning a large-scale investment in this shopping centre for several years. These are not superficial changes, but mainly major technical changes. They intend to move the centre towards a significantly greener operation, reduce operating costs for tenants and contribute to the strategic goals of our group, which has committed to reducing its CO2 emissions by a full thirty percent by 2030," adds Petr Brabec, Asset and Property Management Director at CPI Property Group .

Among the major changes are the installation of new air conditioning systems and the placement of photovoltaics, which will enable the company to generate its electricity. The renovation will also affect the shopping arcades, toilets and changing areas. A new escalator and navigation system will be added and the roof will also be overhauled. The second floor, where a new food court area will be built, will undergo a major change. "The first phase of the renovations began in May this year and the entire renovation should be completed in the second half of next year. We expect minimal restrictions for customers, at most in the form of slightly increased noise," says René Švejda, Manager of Liberec's Nisa.

The Futurum shopping centre, which CPI Group bought in March 2018, will undergo a two-phase reconstruction. "The first stage involves the redevelopment of the upper shopping floor into a spacious food court, which will have roughly double the seating capacity of the existing, largely outdated, food court on the ground floor," says Aleš Navrátil, asset manager of OC Futurum at CPI Property Group. The food zone will be complemented by new toilets. The next stage will connect the upper food court floor with the Tesco arcade on the lower floor. Additional fashion stores will open in the central part of the mall. It should be ready in the autumn of this year. CPI Group, on the other hand, gave up two buildings this year. It sold the IGY centre in České Budějovice and the Citypark shopping centre in Jihlava for an estimated EUR 215 million. The new owner of both buildings is the Slovak company 365. invest.

According to the daily E15, the attractiveness of the commercial objects is evidenced by this year's activity on the market as well as the construction of other large-scale centres. For example, the multifunctional Savarin building will be built near Wenceslas Square, where the Slavonic Epic of Alfons Mucha will also be located, the Dornych shopping centre will be built next to the main railway station in Brno, and a large Ameside complex is planned in Plzeň, which will offer not only retail space but also offices, a hotel and apartments. All projects should be completed by 2025, according to information on Cushman & Wakefield's website.