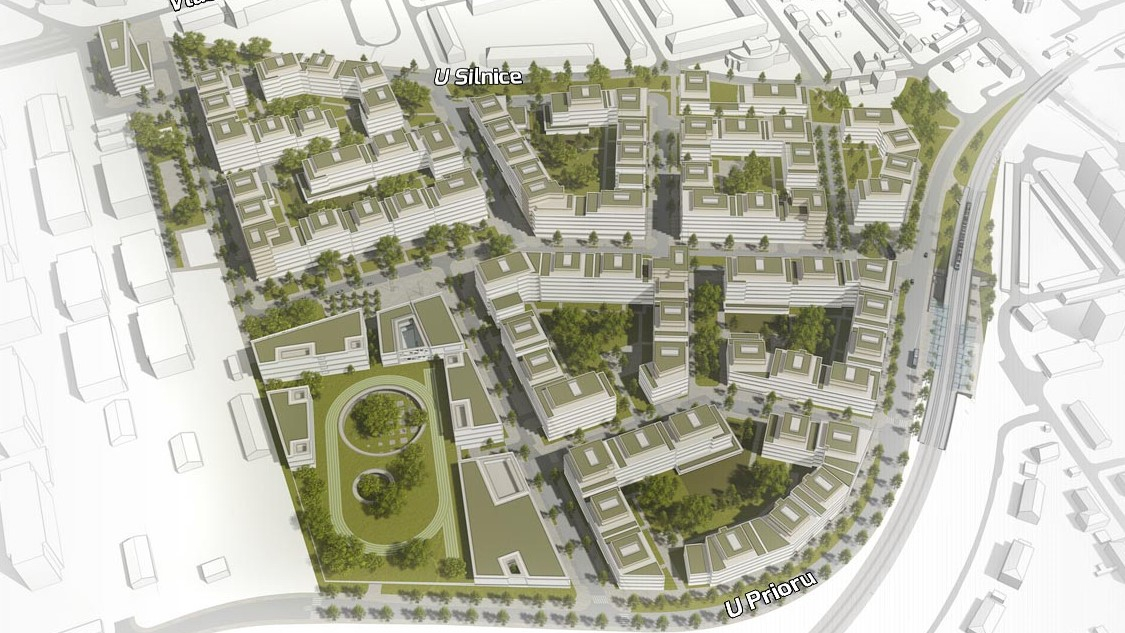 Considering how Prague and its population will grow in the next few years, developer Central Group is planning schools and kindergartens. In its Nová Ruzyně project, it plans to build housing for more than 6,600 people and incorporate kindergartens directly into residential buildings. The developer plans to start construction within two years, writes the daily E15.


Central Group plans to build 2,332 flats on the site of the former Westpoint warehouse complex on the border of Prague's Ruzyně and Liboc districts. The developer expects at least 6,600 people to live there, which will also require kindergartens for 182 children, a school for 680 pupils and 3,007 parking spaces, according to information in the daily E15, as stated in its project documentation for the environmental impact assessment (EIA) for the Nová Ruzyně project. However, the implementation of the project depends on a planned change to the zoning plan.

The municipality's zoning development committee has warned the developer that its project is not in line with the zoning plan that is currently in use today. However, Central Group spokesman Ondřej Št'astný confirmed to daily that the forthcoming Metropolitan Plan already includes residential development. According to the EIA documentation, the developer plans to start construction in 2024. Two years ago, Central Group owner Dušan Kunovský estimated the total investment for this Prague project to be over CZK 13 billion (€530 million).

The project on the 13-hectare site will consist of eight to ten apartment blocks built in the first three phases of the construction, with a primary school to be built in the fourth phase. However, it is intended to be a so-called hybrid schools, following the Scandinavian model, where the school classes are located on the lower floors of the apartment blocks and there is a schoolyard or sports ground in the inner courtyard. The total gross floor area of the apartments should be more than 200,000 sqm, and the area for small shops on the ground floor of the buildings should be around 6,400 sqm.

The main urban planner of the project is architect Jakub Cigler.