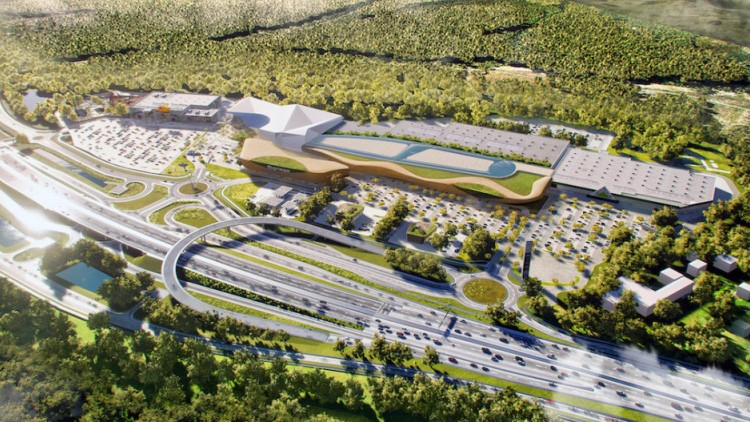 Ceetrus has unveiled plans for its Góraszka Project which the developer has dubbed an innovative retailtainment destination with a GLA of 77,000 sqm. It will be a premium location for the inhabitants of south-eastern Warsaw for shopping and spending time with family and friends. The facility is expected to be completed by 2022. Ceetrus is open to cooperating with new investors, the press release adds.


“The south-eastern part of Warsaw is the only place where a facility combining shopping and entertainment functions can be built. The inhabitants of this area have been looking forward to its construction for many years. Due to the original architectural design and functional features, it will also be an interesting proposition for residents of surrounding areas, including Warsaw,” says Andre Decroix, director of development at Ceetrus Poland.

As part of the planned investment, a multi-functional complex with a GLA of 77,000 sqm will be built (with the possibility of future expansion). The design of the investment is being prepared by the architectural studio SUD Architect.

The main investor has planned to allocate 56,000 sqm GLA for commercial activities, which will be enough space for about 120 stores. The area devoted to entertainment and relaxation will take up 21,000 sqm GLA, which is about 27 percent of the area.

There will be a spacious and comfortable restaurant area, relaxation zones, a multi-screen cinema, a modern fitness club and many other facilities where customers will be able to spend their free time. A petrol station and drive-thru restaurants will also be built in the complex in Góraszka. Ceetrus’ strategic partners, Leroy Merlin and the Majaland theme park, have already confirmed their involvement in the investment.

Majaland is an investment planned by the Dutch investor Momentum Capital and the Plopsa Group, the operator of the Majaland Kownaty theme park. A unique family theme park will be based on the animated series Maya the Bee. The investment in Góraszka will be completed approximately two years after receiving the required permits. It will be the second Majaland theme park after Kownaty in the Lubuskie province in Poland.

So far, Ceetrus Poland has carried out numerous works related to providing adequate infrastructure enabling the commencement of the Góraszka Project.

“Access roads and collision-free viaducts have been constructed. Facilities currently under constructions include a double, independent power supply, a sewage system, extension of the sewage treatment plant, a gas pipeline, and a water treatment plant. The end of construction of the S2 and S17 roads is planned for 2020-2021, and Ceetrus Poland wants to complete the Góraszka Project in Q3 2022,” says Tomasz Marczewski, responsible for the Góraszka Project at Ceetrus Poland.