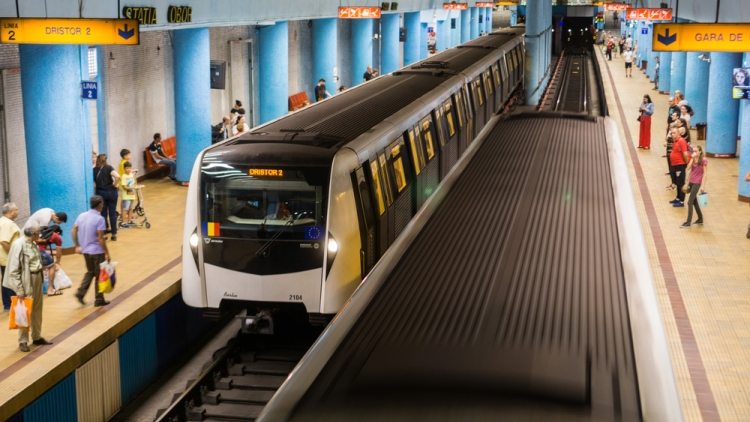 Around 77% of Bucharest’s modern office space is within 10 minutes’ walking distance from a metro station, according to the latest data from Colliers International. The interest in office developments is still focused on northern and western locations, as the largest office deliveries by the end of 2020 will be near Aurel Vlaicu (73,200 sqm) and Politehnica (58,400 sqm) metro stations.


In a city so crowded in terms of road traffic like Bucharest, residential, offices and retail schemes get a significant boost from a connection to the metro, the most efficient and comfortable means of public transportation. Almost 2 million sqm of Bucharest’s 2.6 million sqm of modern office spaces – or around 77% – are within 10 minutes walking distance from a metro station. Also, some 0.9 million sqm are closely located around two neighbouring stations in the northern part of Bucharest – the Floreasca/Barbu Vacarescu and Dimitrie Pompeiu submarkets. Another fast-growing submarket – Center West – is much more dispersed, with office buildings there around several metro stations.

“As far as the vacancy rate is concerned, the 77% of modern office stock close to metro stations fares rather well: at the end of 2018, the vacancy rate stood at around 7%, below the market average of 9.5%, whereas for the rest of the 23%, it was over 19%. For 2019, it is likely that this gap between buildings with metro connections and those without only widened as a sizeable relocation took place recently, for instance. Over the medium term, this difference is likely to hold, leading to a more layered market in terms of both rents and investment products”, Sebastian Dragomir, Director Office Advisory at Colliers said.

Sebastian Dragomir has over 13 years of experience in real estate, time during which he has worked on the office, industrial, land and landlord representation segments. He formerly occupied the position of Senior Leasing Manager at Immofinanz Romania. In this role, Sebastian worked on developing new strategies for the group and handled the leasing and development of office and industrial projects. Starting September 2017, he coordinates the office spaces consultancy team at Colliers International, his responsibility being the development of the new growth strategy for the department. More »

As good land plots for office developments are becoming scarcer and more expensive, particularly in central areas, some office developers are exploring locations around the planned extension of the metro linking Bucharest to the International Airport just north of the city. Moreover, possibly due to high land prices, some developers have also looked at land plots near stations (Tineretului, Jiului) that are not part of the traditional office submarkets and we will see offices being built here.

“The interest in office developments is focused on central, northern and western locations. For example, the Pipera station is the city’s largest office submarket, with 510,200 sqm of office space, while the Aurel Vlaicu station will see the biggest pipeline for 3Q19-4Q20, with 73,200 sqm of office space, followed by Politehnica station, with 58,400 sqm of offices to be delivered for the same period. Over the next decade, we may see a handful of medium-sized or even large office buildings near metro stations outside the big office hubs. Still, these will not be enough to be deemed a submarket in their own right, rather extensions of neighbouring ones”, Sebastian Dragomir concluded.