Bratislava hospital to go on sale at € 19.9 million 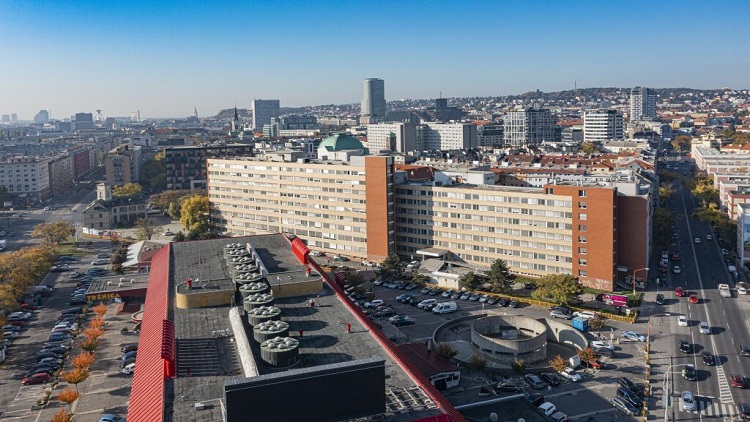 The Railways of the Slovak Republic (ŽSR) intends to sell its railway hospital with a clinic and hostel in Trnavský Mýto in Bratislava. The sale will take place in the form of an electronic auction, which starts at a starting price of € 19.9 million excluding VAT, online daily trend.sk quotes the announcement of the tender published on the ŽSR website.


Together with the hospital near Tržnice in Trnavský mýto, the Railways of the Slovak Republic (ŽSR) also wants to sell land, utilities and movable property in this auction. The medical facility building, which they opened in 1986, is made of brick and has a total of seven floors above ground and one underground.

The Central Institute of Education and Psychology of ŽSR is now located in the part of the hospital that is nine-storey and has been in operation since 1991. In another part is building divided between the hostel and the inpatient part of the hospital. The building has a CO cover in the basement too. It serves to provide healthcare for the inhabitants and is used by Novapharm based on a rental relationship, ŽSR informs.