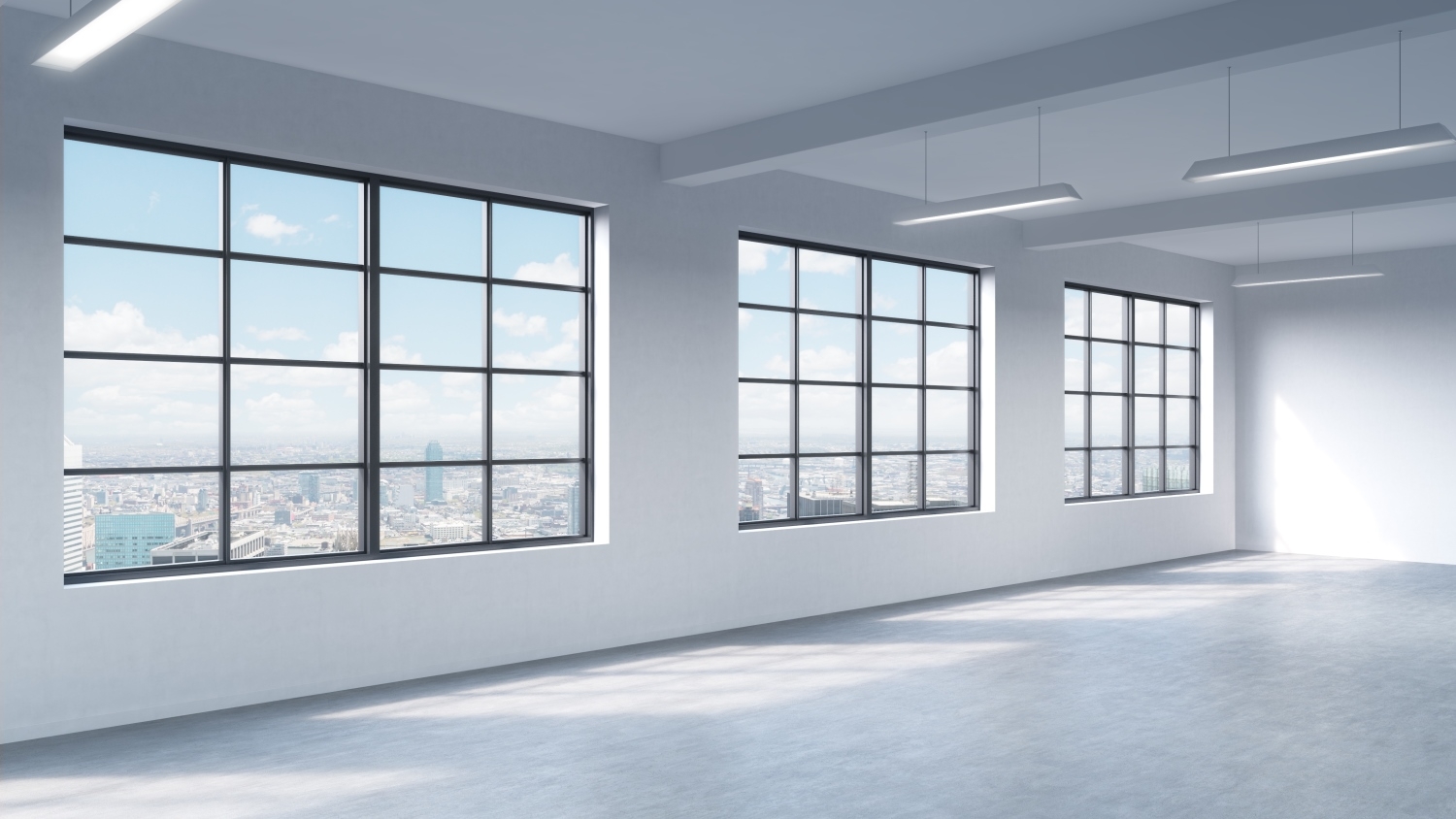 BPO/SSC take-up totalled over 60% of all-sector office take-up in 4 key BPO cities (Wroclaw, Lodz, Krakow and Sofia) in H1 2017. Vacant stock is diminishing, due to this demand impulse and strong general economic conditions. Labour availability and employee tech knowhow uplift are significant factors which influence the demand for space, according to a report by Colliers International. The key findings of the report include:

Will salary rises threaten demand?
Mark Robinson, CEE Research Specialist at Colliers International explains: “We assess, with the help of both the experts and the reports and data of the ABSL that the salary rise is present but not seen as a large risk presently. It is precisely the characteristic of the sector, the climb up the “technology complexity chain” that is in part driving wage increases. Graduates and employees are acquiring new skills and thus productivity and value-add to their clients.”
Labour availability trained well?
Colliers International argues that other factors, aside from the cost of that labour are at play in the capacity for growth of BPO/SSC operators in the region. “Quality of life” in the cities where employees are located is becoming more important in this flexible, connected EU-free-labour-movement world. The availability of labour and the acquisition of technical knowledge through education and training however looks critical to the continuation of the BPO/SSC racing in the CEE-6 countries.
How important are wage costs?
The costs of locating in the thoroughbred CEE-6 stable have definitely risen in recent years. There are certainly pockets of fast wage growth, with data from Randstad contained in the recent published ABSL Poland reports suggesting significant pay rises - over 40% in banking in Warsaw and double-digit rises elsewhere. It should however be pointed out that the biggest rises were seen for specialist roles.
Benchmarking labour availability
Graduates are more likely fertile recruiting ground for BPO/SSC players than the general jobless population. In cities such as Bucharest, Wroclaw (both 20%), Krakow (19%) and Sofia (17%), the ratio of implied BPO/SSC demand versus graduate supply looks most severe. The BPO/SSC industry can be treated as a significant recruiter where it is taking on more than 5% of the graduate population and that is the case in every city in the region we surveyed except for Budapest and Bratislava. The total number of employees engaged with BPO/SSC companies in Krakow, for example, is equivalent to 7.3% of the city’s entire population.
Region’s globally competitive position
A friendly business environment is a critical factor in the location of companies and indeed employees in the CEE. The region has maintained a globally-competitive position, thus justifying the thoroughbred status in the BPO/SSC sphere for some years now. In the latest World Bank Ease of Doing Business global ranking for 2018, published on 31 October, Poland came in at position 27, with the spread of countries up to Bulgaria ranked at 50 out of 190 countries.
Tech complexity
The region’s climb up the tech “complexity” scale is an important driver. Employees in BPO/SSC in the region have more skills and expertise than a few years ago. The supply of IT graduates is becoming more critical. Presently, the highest proportions of IT students in the total student populations according to the ABSL’s statistics are in Brno, Budapest (both13%), Bratislava (12%) and Kosice (10%). There is a natural emphasis on IT & Communications companies specifically in the sector mix of BPO/SSC take-up, with the proportion in that sector ranging between 30%-60% of the total in several cities in H1 2017.
BPO/SSC’s influence on demand for office space
Colliers International monitored the BPO/SSC take-up levels within the office sector in the key cities in the last 18 months. Krakow, Sofia and Wroclaw saw the largest demand in absolute terms in the first half of this year. Relative to total office take-up, some of the proportions range recently above a very significant 60%, in Sofia, Lodz, Tri-City, Krakow and Wroclaw. Only in Warsaw, Brno, Prague and perhaps Bucharest are the percentages noticeably lower. And in the case of three of those four, the absolute submarket sizes are still large. Colliers International believes some maturing of demand in the most expensive cities but in all the others, the thoroughbred is racing hard. 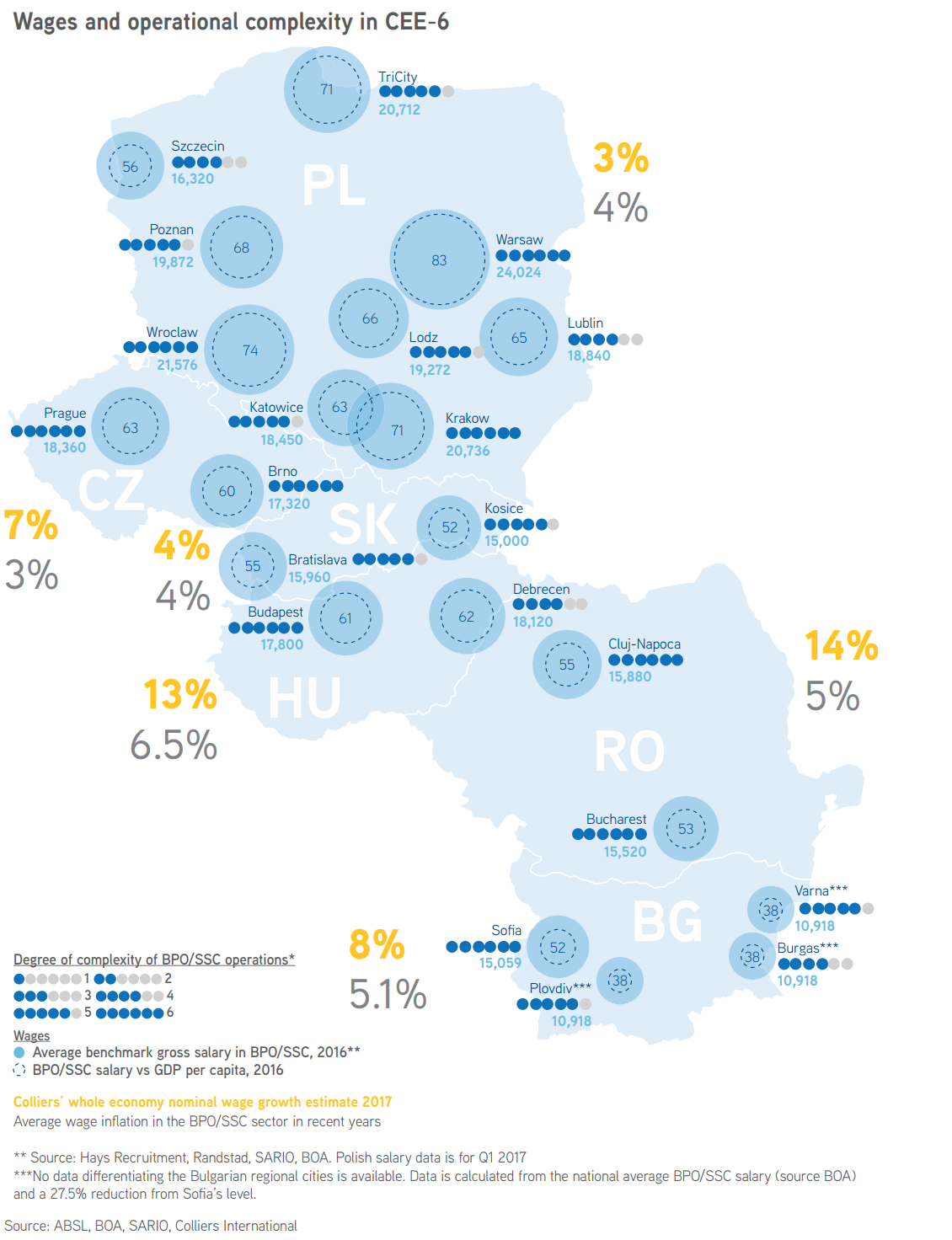