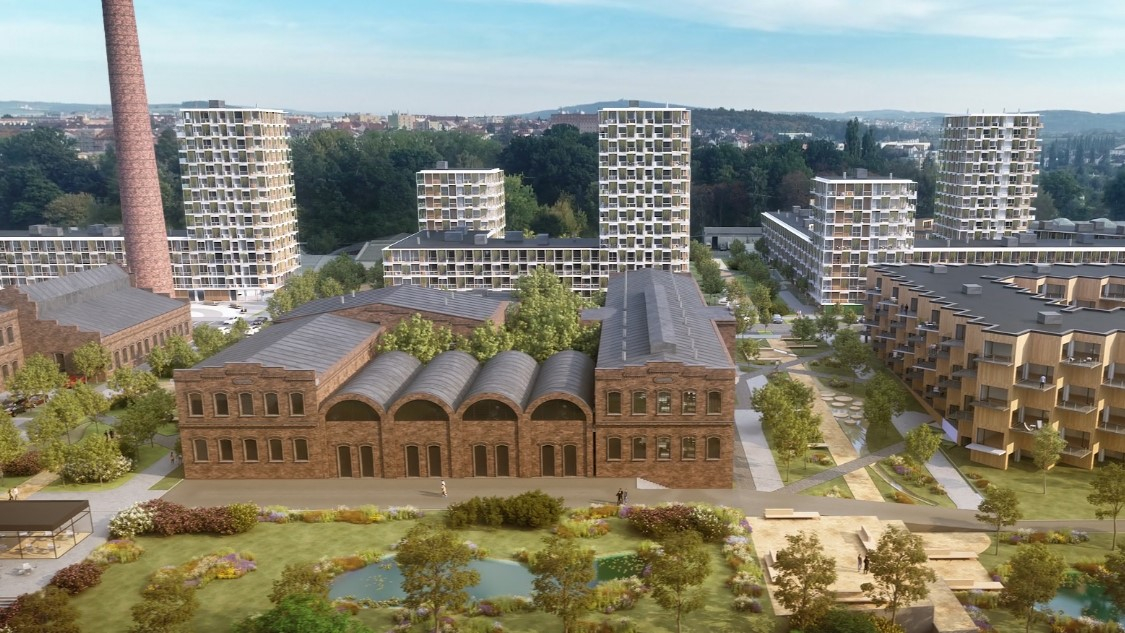 The Plzeň-based development group BC Real has started construction of 1,500 flats on a brownfield site in the former paper mill near the Radbuza River in Plzeň. It is the largest private residential project since 1989, the ČTK reported.


The Nová Papírna residential project, which has now begun to build in Plzeň on the brownfield site of a former paper mill dating back to 1871, is the largest private residential development in the city since 1989. It will be built in seven phases, each costing between seven and eight billion crowns (approximately €288 million and €329 million), according to current prices.

The first phase is being built at the end of the site and will take two years to complete. In the second phase, the investor will return to the current entrance of the paper mill, where it will build two apartment buildings with 134 apartments, for which it should have planning permission in the summer of 2023, and then start construction in the second half of the year. The apartment buildings will be complemented by shops, services, offices, a parking structure, a café, a large restaurant and a fitness centre. Two listed manufacturing and one warehouse will remain on the site after the major redevelopment. According to BC Real, the entire project should be built within ten years.

Nova Papírna could help bring residents and businesses back to the centre of Pilsen, believes Patrik Novák, architect and co-owner of BC Real. Between 3,000 and 3,500 people are expected to live in the area. "The apartments there have sold very quickly. It showed the potential of riverside living in the centre, which had not yet been discovered. In Prague, they understood it right from the Revolution - Karlín, Smíchov, Holešovice, they built there right away. And today it is the most expensive place to live," Patrik Novák told ČTK. However, compared to the prices of flats in the first two buildings of Nová Papírna, Prague's Karlín is almost twice as expensive.  According to broker Petr Linhart from the Plzeň branch of Broker Consulting, the Plzeň project is almost sold out. "There are only 30 flats left. There is a lot of interest," says Petr Linhart. For the realisation of the new residential project in Plzeň, BC Real has teamed up with the owner of the KRPA group from Hostinné, which bought the former paper mill and has been renting it for many years.