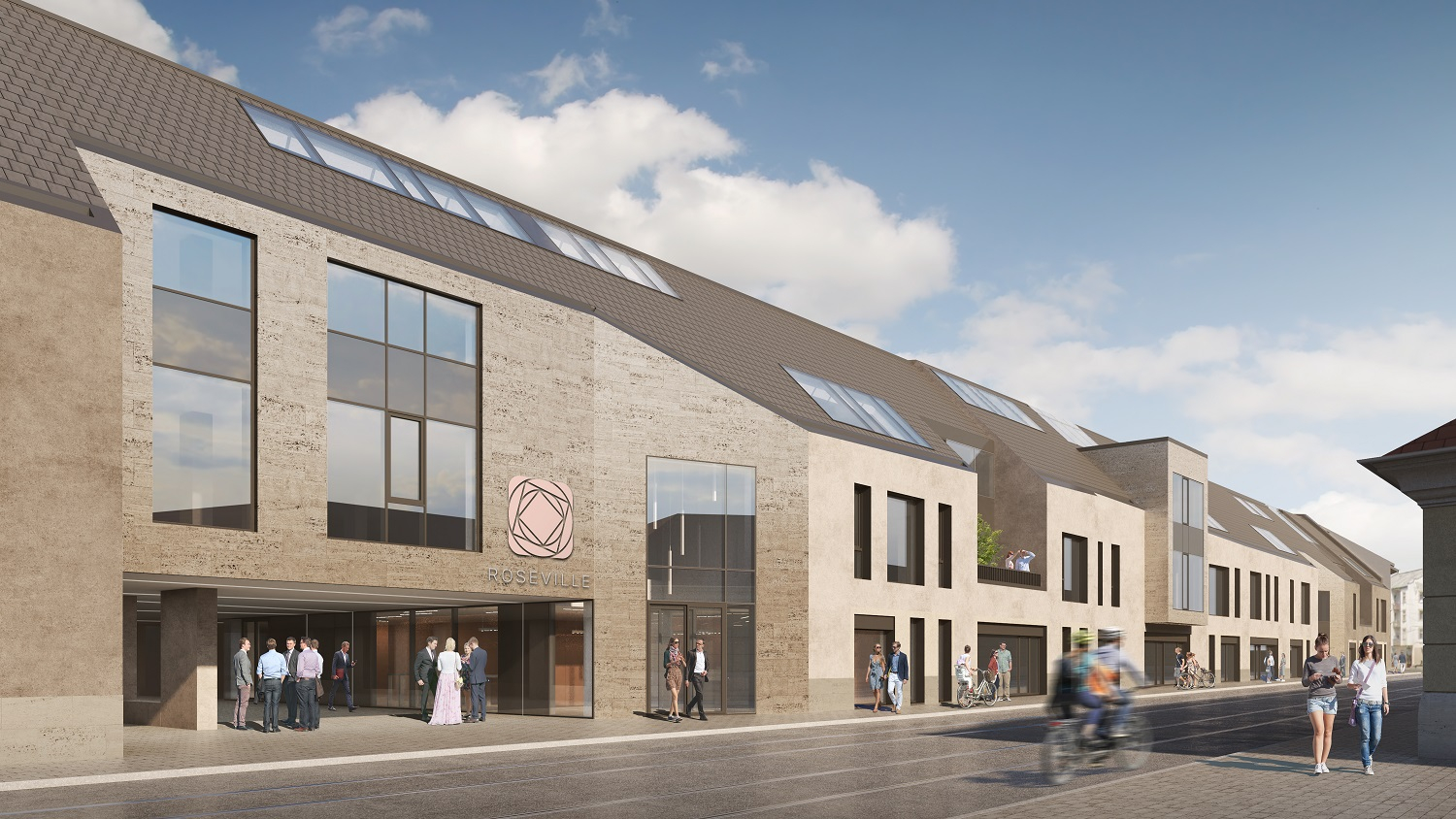 Belgian real estate developer Atenor entrusted the Budapest History Museum with the archaeological excavation of the plot of 68-84 Bécsi Road in Óbuda, on which it is implementing one of its latest projects, the 15,000 sqm RoseVille office building. The archaeological research carried out on the plot is significant as it was finally possible to examine the large, connected area of the Roman time cemetery of the military town of Aquincum.


Atenor purchased the 6,604 sqm plot complex last spring, on which, following a merger, it began deep foundation and foundation works in September this year after obtaining a valid building permit. Construction works will also begin shortly, in next January, after which the building will be handed over at the end of 2021.

The Class A+ office building with approximately 15,000 sqm of leasable office space, on two underground garage levels, with a total of 315 parking spaces, aims to obtain the BREEAM “Excellent” certification.

Prior to the construction of the RoseVille office building, the full-scale excavation of the plot under 68-84 Bécsi Road, which has been underway since the end of March 2019, is nearing completion. Most of the 5,670 square meters plot is ready, in the final stage excavations are taking place on the remainder of about 550 square meters of safety lane sections.

The military town that developed in the area of present-day Flórián square and its vicinity could have been a settlement of at least 10-15 thousand people. Along and to the west of Bécsi Road (that was also a road in Roman times), the area was used for burial from the end of the 1st century A.D. to the beginning-middle of the 4th century, i.e. for more than two hundred years. The number of people buried here certainly exceeded one hundred thousand.

The excavation revealed about four thousand phenomena that could be associated with burials; many tombs were found, including an intact construction with a skeleton of a man, numerous objects that were beside the deceased people (ceramic jugs, glasses, plates, ceramic candle pots, coins, bird-shaped ceramic rattles and jewellery), also some tombstones that remained at the site of their installation or in a fallen state, and the foundations of the fence walls of two graveyards. One of the most exciting founds were two curse tablets because so far, only 11 specimens have been known from the territory of the former province of Pannonia.

“The significance of the excavation, in addition to the discovery of a large number of archaeological phenomena and finds, is that in a historical city core (where usually only much smaller, sometimes not even contacting, mosaic-like surfaces can be studied) it was possible to study such a large area. In this way, it is much clearer to examine the correlations and changes over time in the area, which will hopefully provide further insights into the life of the community of people who lived here in Roman times,” summarizes Dr. Péter Vámos, excavation leader.

The RoseVille office building was designed by Artonic Design Architect Studio. The project is co-exclusively leased by Cushman & Wakefield and Eston International.