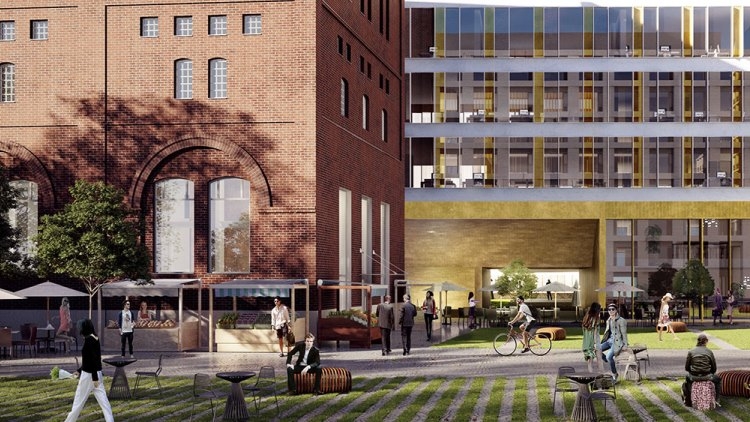 During the first quarter of 2018, the Polish retail market witnessed investment transactions totalling over €1.7 billion. This is the largest volume ever recorded in Q1 on the market. JLL summarised Q1 2018 on the retail market in Poland.

"During the first quarter of 2018, the market witnessed retail investment transactions totalling over €1.7 billion. This is the largest volume ever recorded in Q1 on the Polish market. Given the number of on-going transactions along with the availability of products, it is possible that retail investment deals will exceed €3 billion by the end of 2018. This result would be €1 billion higher than the one registered in 2017 and a record for Poland”, says Agnieszka Kołat, National Director, Retail Investment CEE at JLL.
The largest transaction concluded within the first three months of 2018 was the sale of a portfolio of 28 commercial properties, sold by ARES/AXA/Apollo Rida to a Griffin Real Estate led consortium for one €1 billion. The largest single transaction was the purchase of Galeria Katowicka by EPF from Meyer Bergman for an undisclosed amount.
The prime yields achievable for best-in-class, dominant, major shopping centres in Poland currently stand at 4.9%, while prime retail parks are expected to trade at approximately 7.0%.
Supply - 380,000 sqm under construction
At the end of March 2018, total retail space in Poland was 13.8 million sqm. 411 shopping centres accounted for nearly 9.9 million sqm. In Q1 2018, three new shopping centres were opened: Gemini Park in Tychy (36,600 sqm), Galeria Wiatraczna in Warsaw (11,000 sqm) and Galeria Piastova in Gniezno (8,000 sqm). In total, the shopping centre market grew by 55,600 sqm.
“In total, the market is likely to grow by 355,600 sqm of retail space in the shopping centre format. The largest projects scheduled to be delivered to market in 2018 are Forum Gdańsk providing 62,000 sqm GLA and Libero in Katowice with 45,000 sqm GLA", comments Agnieszka Tarajko – Bąk, Senior Analyst at JLL.
Additionally, several smaller projects will fill blank spots on the retail map in a number of smaller Polish cities. These are: Color Park in Nowy Targ (27,000 sqm), Nowa Stacja in Pruszków (27,000 sqm), Stara Ujeżdżalnia in Jarosław (23,000 sqm), Galeria Winiary in Gniezno (15,000 sqm), Galeria Hosso in Świebodzin (12,000 sqm), and Galeria Stela in Cieszyn (11,300 sqm).
“In total, nearly 380,000 sqm is at the construction stage in the shopping centre format. Location wise, 70% of this new stock will be delivered in major metropolitan areas, while the rest will be in smaller cities (i.e. those with fewer than 150,000 inhabitants)”, says Agnieszka Tarajko – Bąk.
Major trends - mixed-use, gastronomy, modernizations and extensions
“Mixed-use developments are on the rise. This is mostly visible in Warsaw, with projects such as EC Powiśle, Koneser, CEDET, Centrum Marszałkowska, Dom Towarowy Bracia Jabłkowscy and Browary Warszawskie. The food & beverage sector is gaining in importance as well. This is connected with the establishment of interesting locations such as Hala Koszyki, Soho Factory, and Hala Gwardii in Warsaw, as well as Monopolis or Off Piotrkowska in Łódź”, comments Edyta Potera, National Director, Retail Agency at JLL.
Other market trends, besides the development of mixed-use projects and the growing importance of the food & beverage sector, include modernizations and extensions of existing projects.
“To stay competitive in the demanding retail market, developers’ attention is more focused on maintaining the modern and attractive appeal of older retail schemes. Atrium Promenada, Atrium Targówek, Atrium Reduta or Platan in Zabrze are fine examples of centres, whose owners have recently implemented programs of modernization and extensions. Our analysis shows one in every four shopping centres in Poland has undergone extension works", adds Edyta Potera.
Rents and vacancy rates
Prime shopping centre rents remain, as always, highest in Warsaw (up to €130 / sqm / month). Rental levels across major cities remained relatively stable as compared to the previous quarter, ranging from €45 / sqm / month to €60 / sqm / month.
The average retail vacancy rate in shopping centres in cities with more than 175,000 inhabitants stood at 4.1% at the end of 2017.