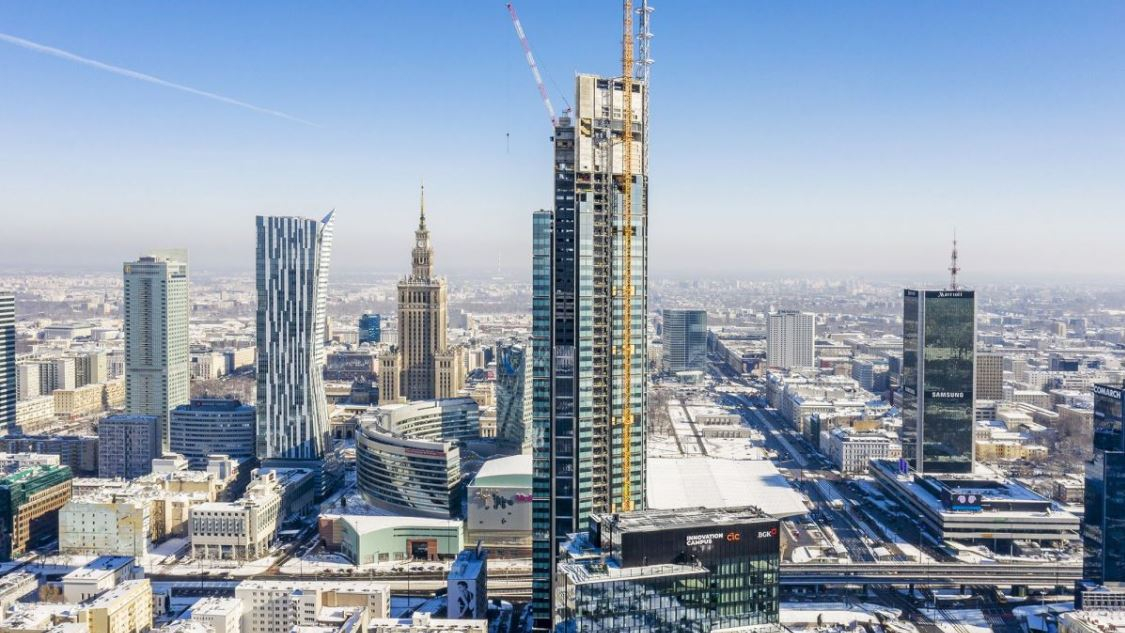 After reaching a roof height of 230 metres, Varso Tower became the tallest building in Poland. Now, after the installation of its 73-tonne and 80-metre spire, the Warsaw skyscraper has broken another record, becoming the tallest in the entire EU.


Thanks to its architectural height of 310 metres, Varso Tower is now the tallest building in the European Union, surpassing existing skyscrapers in Frankfurt, Milan and Paris. The 53-storey skyscraper is being developed by HB Reavis according to a design by the Foster+Partners studio.

After the construction work is finally completed in 2022, the building will invite you inside with a green lobby with hand-made mosaic walls. From there, two glazed elevators will be able to take you at a speed of 8 metres per second to the top of the skyscraper, from where you will be able to admire the views it will offer onto the city. Its two observation decks, among the highest in Europe, will be located at 205m and 230m – as much as twice as high as the observation deck of the nearby Palace of Culture and Science. A restaurant will also be located on floors 46 to 48. Most of the building is already covered with 4m high glass panels, which will provide excellent access to natural light. Varso Tower’s energy saving, comfort and safety features are to be confirmed by BREEAM and WELL certification at the highest level.

The skyscraper forms part of the Varso Place multifunctional investment, which is being developed in Warsaw city centre by HB Reavis. It will comprise offices, a hotel, an innovation centre and a shopping and service arcade.