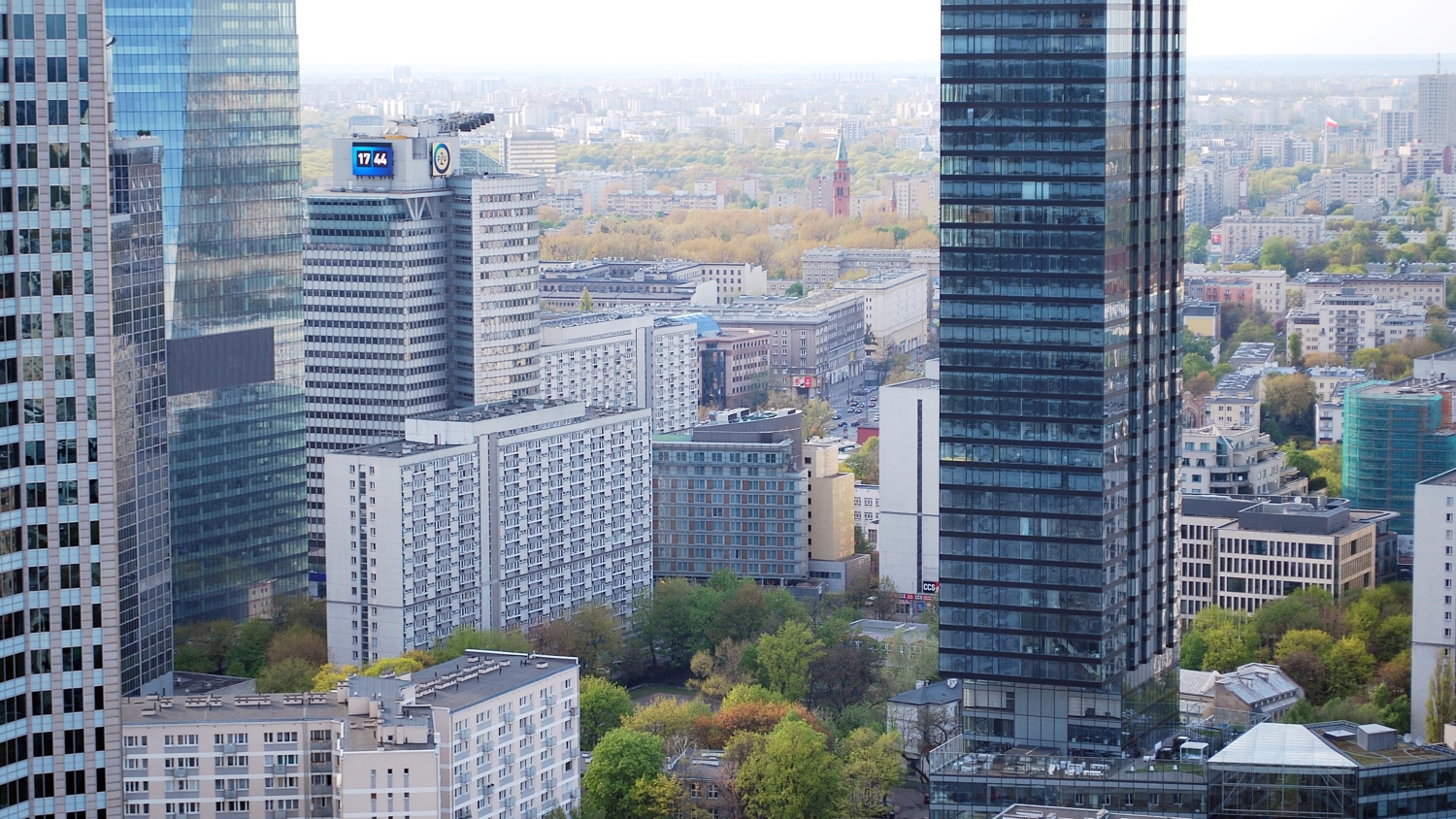 The total modern office stock in Warsaw reached 4.75 million sqm at the end of Q1 2016. As much as ca. 75% of this space is located in the central Core and Fringe zones, as well as Upper South and South West. Cushman & Wakefield has published the sixth edition of their Skyline Tracker report, outlining developers’ activity in the Warsaw office market.

Developers’ activity remains strong
Despite the growing vacancy rate, which reached 14.1% at the end of Q1 2016, exceeding the 2011 figures by almost 7.5 pp., there has been a visible trend of increased developers’ activity, reflected in high supply levels. This trend might continue for the next 3 to 4 years, subject to demand levels and absorption rates. In the years 2012–2015, 1.12 million sqm of modern office space was delivered to the Warsaw market, accounting for almost 24% of the capital’s total stock. Between January and May of this year, over 170,000 sqm was put into use, with a further 700,000 sqm under construction (this figure is similar to those recorded in the recent years). As much as 240,000 sqm is at the final stages of fit-out and preparing for handover. At the same time, around 220,000 sqm is developed within recently started projects that are currently at the ground works stage. “Considering the market data and development pipeline, we estimate that by the end of 2016 occupancy permits will have been granted for ca. 270,000 sqm. This figure, combined with the space already delivered during the first months of this year, will amount to an annual supply of 440,000 sqm. This is by far the highest result in the Warsaw office market, where the annual average for the last four years has not exceeded 280,000 sqm,” said Katarzyna Lipka, Associate Director, Consulting & Research at Cushman & Wakefield.
“The tenants will retain their favourable negotiating position, and the landlords will need to face yet stronger competition and downward pressure on rents, especially in the case of older buildings in secondary locations,” she added.
Approximately 330,000 sqm of new office space is to be delivered to the market in 2017, and a further 260,000 sqm in 2018. However, the completion of some of the investments might be delayed in case of adverse lease market conditions.
New office hot spots
The rate of supply growth by office zone (the percentage change of the total stock by the end of 2019 as compared to the current numbers) indicates that the fastest-growing zones include North (growth by 50%), Fringe (39%), West (37%) and Core (36%).
The lowest percentage growth is predicted in Lower South (the area around the southern part of Puławska) and Upper South (Mokotów area); the latter, despite the decrease in developers’ activity, will still remain Warsaw’s largest business district for the next 4 to 5 years.
“There has been a visible shift in developers’ location preferences. We have been seeing an increasing bias for central zones and the areas surrounding them. We are witnessing the growth of new business districts, such as the areas around Rondo Daszyńskiego and Dworzec Gdański, which boast great transport links. These zones are becoming more and more popular both with tenants who used to opt for non-central locations, and those who have so far favoured the Central Business District,” said Richard Aboo, Partner, Head of Office Agency at Cushman & Wakefield.
“The future trends in vacancy and rent rates in particular districts will depend mostly on the growth rate of the companies, as well as tenants’ location and cost preferences,” he added.