Vodka distillery to be transformed in Łódź 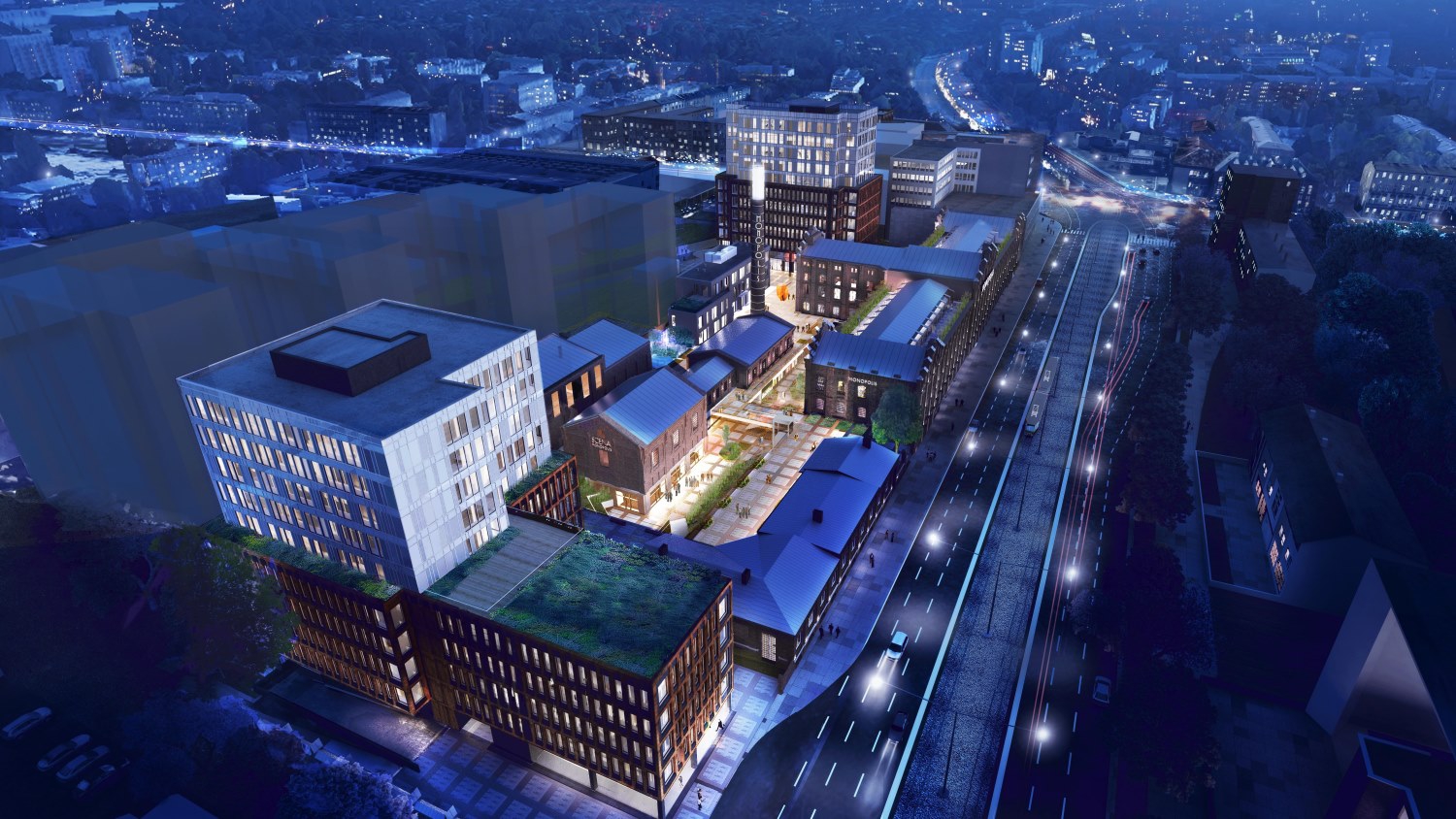 The historic area of the old Monopol Wódczany vodka distillery will be transformed into Monopolis, a project that will combine office space, services and cultural amenities along with restaurants. Construction works at Monopolis will be launched in H2 2017 by developer Virako. Apart from offices, employees and visitors of Monopolis will have numerous amenities at their disposal, such as restaurants, cafes, services points, green rooftop terraces, a museum of Monopol Wódczany's history, art gallery, theatre, spa with a swimming pool, club for children and a kindergarten.
The new investment is located on the crossroads of two of the city's major arterial roads – Al. Piłsudskiego and Kopcińskiego Streets. The project of Monopolis was prepared by Polish architectural studio Grupa5 Architekci in co-operation with the Łódź-based Jerzy Lutomski architectural studio. Monopolis will undergo BREEAM 'Very Good' and 'Excellent' certification. Construction works at Monopolis will be launched in H2 2017. The historical buildings of Monopol Wódczany will be both restored and adapted to their new functions during the first phase of the works. Modern office space will be developed in the old post-industrial building along with other city-forming amenities. The M1 Building, together with all the revitalized areas of Monopolis, will be delivered to market in H2 2018. Buildings M2 and M3 will be developed during the next phase and completed in 2019 and 2020, respectively.
JLL was selected as the sole commercialisation and marketing agent for the Monopolis complex.