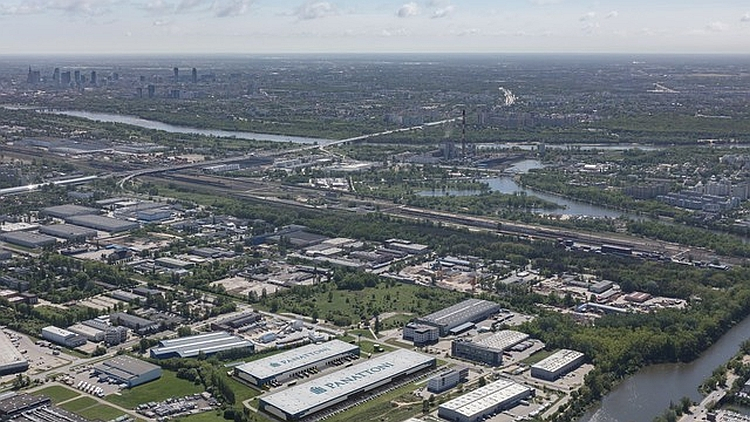 In 2020, demand for warehouses reached a record 4.8 million sqm, with supply expanding by more than 2 million sqm. Almost 1.9 million sqm remained in the under construction pipeline. Advisory firm JLL summarizes the situation on the Polish industrial market at the end of 2020.

“Despite the generally turbulent economic situation, the Polish industrial market observed spectacular, record-breaking results in 2020, proving once again its strength and resilience. Q4’s total transacted demand of 1.36 million sqm boosted the annual volume of leased floor-space to 4.8 million sqm. Over 71% of this demand was attributable to new deals and expansions. This allowed Poland to maintain its position as the third most active market in Europe”, comments Tomasz Mika, Head of Industrial Poland, JLL.

A significant amount of new demand in 2020 was concentrated in the two largest markets – Warsaw (both zones combined) and Upper Silesia. A total of over 1.43 million sqm of space (42% of net take-up) was fairly evenly split between the two markets. The remaining three of the “big five” markets – Central Poland, Poznań and Wrocław – all registered more than 300,000 sqm each. Altogether, the top five markets accounted for some 71% of space leased nationwide. It is, however, worth pointing out that good results were also seen in Tri‑City and Lubuskie, with both markets recording more than 200,000 sqm. Although the Lubuskie result was driven by one extraordinarily large deal, Tri-City observed a wide range of transactions, involving several logistics parks.

“It is also worth highlighting the growing popularity of the city logistics segment, which has been further strengthened by the dynamic growth of e-commerce sales. According to JLL’s market definition, total new demand for city logistics space in the eight largest Polish agglomerations was 450,000 sqm in 2020, with Warsaw (Inner city) accounting for almost 80,000 sqm. Altogether it was an over 40% YOY increase”, explains Maciej Kotowski, Research Analyst, JLL.

There were no major changes in the general sectorial structure. Net take-up was dominated by retailers (39%), logistics operators (32%) and production firms (24%). Exceptional activity from the food and FMCG industries should also be highlighted. Firms representing these branches leased a total of approx. 775,000 sqm n 2020.

“At the end of December 2020, total existing stock in Poland stood at 20.7 million sqm. Despite the moderate results observed in Q4, when developers delivered 285,000 sqm, the year-end results remained on a healthy level with over 2 million sqm of space added to total stock”, adds Maciej Kotowski.

Most of the new supply was concentrated in Warsaw, Upper Silesia and Wrocław markets, with almost 1.4 million sqm being delivered to these three destinations. What is more, the outstanding number of new completions (140,000 sqm) was also observed in the Tri-City. Poznań was the fifth market in Poland, where new completions exceeded 100,000 sqm.

“Slightly lower development results observed in 2020 should not be perceived, by any means, as a slowdown. The supply pipeline remains in very good shape, with almost 1.9 million sqm being under construction in Poland at the end of 2020 – very close to the 2019 year-end result”, says Tomasz Mika.

The unabated growth can still be observed in the Upper Silesia market, where some 390,000 sqm was being developed in December. Again, attention should be paid to the Tri-City region, as the region’s development pipeline stood at 270,000 sqm. What is more, some 200,000 sqm will boost the Lubuskie region (thanks to one massive BTS development).

The recent percentage drop in speculative construction continued through the end of 2020. Around 31% of the space under construction in December was not secured by leasing agreements. Speculatively constructed floor-space of more than 50,000 sqm was seen in Warsaw, Tri-City, Wrocław and Upper Silesia.

Investment market – the best result in the market’s history

The pandemic has significantly changed the priorities of purchasers, as illustrated primarily by the structure of investors' interest in particular segments of the real estate market.

“Industrial investment transactions finalised last year reached a record value of €2.7 billion, thus accounting for almost half of the total investment volume in the Polish real estate market. The amount of investment in the logistics sector was as much as 81% higher compared to 2019 and 48% higher than the previous record in 2018. As a result, warehouses became the most desirable investment product in Poland for the first time ever”, comments Tomasz Puch, Head of Capital Markets in Poland, JLL.

The industrial sector was the only one, which saw the first signs of a return to yield compression in 2020. The enormous level of demand, relatively low financing costs and the limited number of prime products on the market suggest that the downward pressure on cap rates should become evident throughout this year. At the end of 2020, prime warehouse yields in Poland stood at 5.75% with exceptionally long leased assets trading at sub. 4.50%, and Warsaw inner city projects at around 5.50%.

Rents have remained relatively stable. Warsaw Inner City and other urban locations are the most expensive markets in Poland. Slight growth was observed in some of the emerging markets with the likes of Lublin and Podkarpacie. In Warsaw, headline rents range from €4.3 to €5.25/sqm /month. The most attractive rents are still to be found in out-of-town locations in Central Poland (€2.6 to €3.5 /sqm/month).