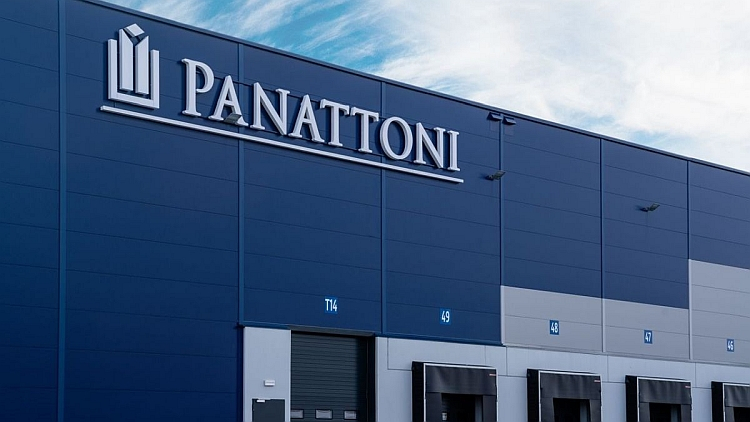 Panattoni has started the construction of the first Polish logistics centre for Hermes Fulfilment. The investment is being built in Iłowa in Western Poland. The 150,000 sqm project will be one of Hermes’ largest hubs in Europe and is to provide employment for around 1,900 people. The company is planning to open the centre by the end of 2023 following an investment of around €300 million.


On Tuesday, April 26th, the cornerstone ceremony took place to mark the start of the construction of Hermes Fulfilment’s new logistics hub in Iłowa near Żagań. This is the first investment of the Hermes group in Poland and is the second largest in terms of size for Hermes Fulfilment in Europe. Panattoni is the developer of the project.

The logistics centre in Iłowa will be used for the order picking operations of the e-commerce companies of the Otto Group and for value-added services (VAS). The majority of the orders processed will include clothing, textiles, jewellery, toys and small household appliances.

Otto group has been operating in the retail sector for over 70 years and is now present in over 30 countries. Its logistics division is Hermes Group, which includes Hermes Fulfilment.

The cornerstone ceremony in Iłowa brought together a large number of representatives of local and regional authorities, as well as of the provincial government and contractors.

“We have chosen Iłowa because of the advantages its location and the state of its infrastructure. However, this kind of investment could only be made because of the openness and cooperation from the local government,” announced Julia Hanebuth, the managing director of Hermes Fulfilment for the CEE region.

Workstations for 1,900 people are to be created on two levels totalling 150,000 sqm of usable space. Almost 60 pct of the employees will be women. Thanks to the centre’s optimised operation system, it will be possible to dispatch almost 80 million articles per year. Panattoni plans to put the facility into use at the turn of the third and fourth quarters of 2023.

”Hermes’ first logistics centre in Iłowa is one of the largest projects of its kind in Poland. We have opted to combine technology with human skills. Thanks to the high degree of automation, the work will be more flexible, comfortable and safer than in other facilities of its kind. As our research shows, these are significant advantages for employees of the logistics and warehouse sector,” adds Julia Hanebuth.

Large-format industrial facilities, order fulfilment centres and logistics bases have become an inseparable feature of western Poland due to the region’s proximity to Germany as well as its convenience for providing logistics services to a large section of Europe. Iłowa is yet another location, after Zielona Góra, Grodzisk Wielkopolski, Świebodzin, Bolesławiec and the north of Szczecin and Stargard, that has proven its attractiveness in this regard. In this location, which is just 20 km from the German border, Panattoni will provide the first logistics centre in Poland for the investor.

”It has been forecast that by 2025 Germany will have become the largest e-commerce market in Europe, generating 19 pct of European revenue in this segment. The huge and constantly growing e-commerce sector is driving the demand for large-scale fulfilment centres, which the western part of Poland is becoming an ideal hub for. The proximity of the border allows most of the markets in this part of the continent to be supplied – markets that are responsible for the lion’s share of online transactions and the sector’s revenues,” explains Dorota Jagodzińska-Sasson, a managing director of Panattoni, who adds:“We have been stimulating the development of many markets in the western Poland region, by investing in Szczecin, Zielona Góra, Gorzów, Świebodzin, Bolesławiec, Głogów, Żary and other locations. So far, we have delivered over 1 million sqm there, while our expertise in this market, the trust of our clients – such as the Otto Group and Hermes Fulfilment – as well as the interest in the region are driving even more investment.”

Hermes Fulfilment’s logistics centre is to be certified under the DGNB environmental system with a rating of ‘Gold’. Its location offers excellent connections to the main motorway between Poland and Germany as well as good access to the labour pool in the region.

Iłowa is a borough in the county of Żagańsk, in the southern part of Poland’s Lubuskie province. Its strengths include its location close to Poland’s western border area and its convenient road connections with other European Union markets.