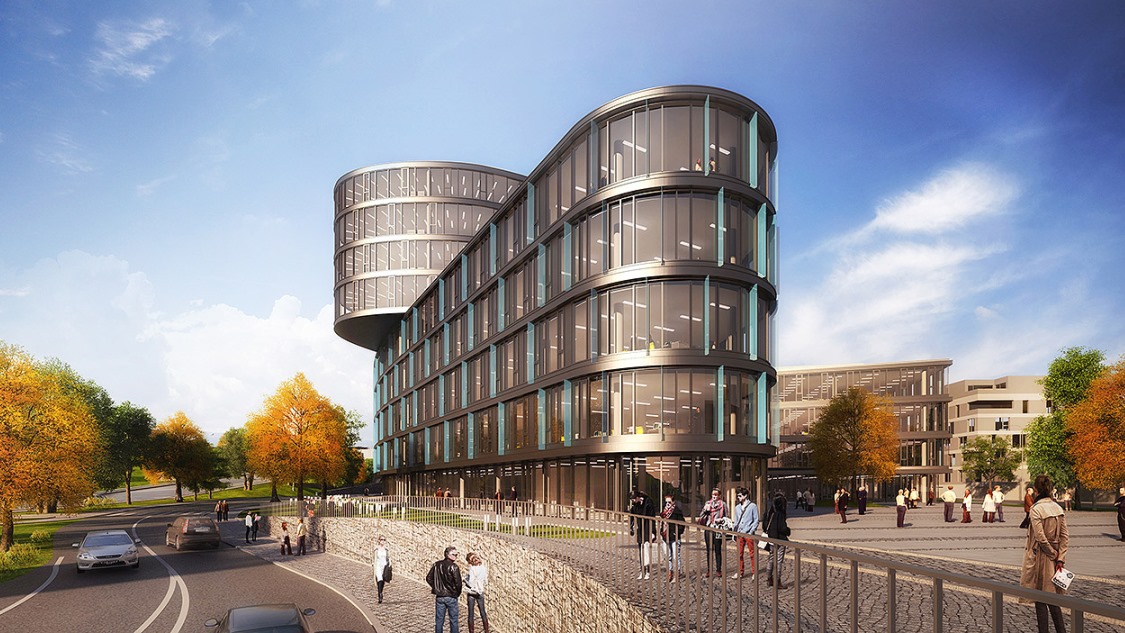 In 2017, 151,000 sqm of new office premises will be added to the Prague Market. This represents an increase of 13% above ten-year average. JLL listed the most important players on the office development market in Prague.

Currently, there are a total of 340,000 sqm of modern office space in different phases of development in Prague. These premises will be delivered to the market between 2017 and 2019. Approximately 151,000 sqm should be completed this year. The most active developer on the market is currently the Czechoslovak group Penta, who are developing almost 40,000 sqm in their Waltrovka project in Prague 5. Thanks to Penta’s activities (projects Dynamica and Mechanica) and the ČSOB headquarters expansion, Radlická has become the location with the biggest construction activity on the Prague market. The second most active developer is Skanska Property Development – in Q1, the company worked on projects Five (Prague 5), Visionary (Prague 7) and the latest addition to their portfolio, Praga Studios (Prague 8). The third spot on JLL’s list is held by Passerinvest Group. They have acquired buildings A and C of the BB Centre and are in the process of refurbishing them to the highest standards. For building A, Passerinvest have secured an exclusive tenant and as of mid-2018, the building should be the seat of the Moneta Money Bank headquarters.
“Economic growth, expanding companies and the natural life cycle of office space (i.e. their refurbishment after approximately 10 – 15 years in use) have made a number of developers prepare extensive office projects. Currently, there are several 20,000 sqm projects under development. Among them are projects such as Rustonka, Main Point Pankrác and the Telehouse building refurbishment. We need to mention that the confidence of the developers (and not only the aforementioned ones) is legitimate. Out of 151,000 sqm of new office premises due to be completed this year, about 40% were pre-leased at the end of Q1,” explains Blanka Vačkova, Head of Research at real estate advisory company JLL.
“The Prague office market boasts the lowest vacancy rate since 2008, standing at only 9.4%. Companies looking for their new premises can choose from a wide variety of offers, however, they still need to bear in mind that they need to allocate enough time to the whole process of finding new premises and negotiating favourable lease terms, i.e. a minimum of 1.5 to 2 years. Time pressure on the side of the tenant almost always results in less favourable solution (less suitable building and premises, higher rents etc.),” adds Aleš Novotný, Associate Director of the Tenant Representation team at JLL.
In the pipeline, we can find quite a few interesting projects with completion set between 2019 and 2022 both in the city centre – Masarykovo nádraží (Penta), Savarin (Crestyl), Vinohradská (HB Reavis) – as well as in traditional established business locations like Prague 4, Prague 5 and Prague 8 with projects such as Smíchov City, Rohan City, the next phase of Rustonka and the BB Centrum revitalization.
“As far as technical and technological standards are considered, an office building can become obsolete after roughly ten years and its owner needs to make a decision. A number of bigger projects in prime locations opt for total reconstruction which upgrades the technological standards of the building and places it on an equal footing with newly developed projects. This involves investing primarily into ventilation, air conditioning and the renovation of common areas etc. Projects that are successfully defending their place on the market for instance include Stará Celnice and Praha City Center, both situated in Prague 1. Those owners who do not invest into modernisation of their properties are subsequently forced to lower the rent in order to partly compensate the difference in the technical standard,” comments Pavel Kašík, Head of Project and Development Services at JLL.