Belgrade, Bucharest, Budapest: these are the cities to look out for 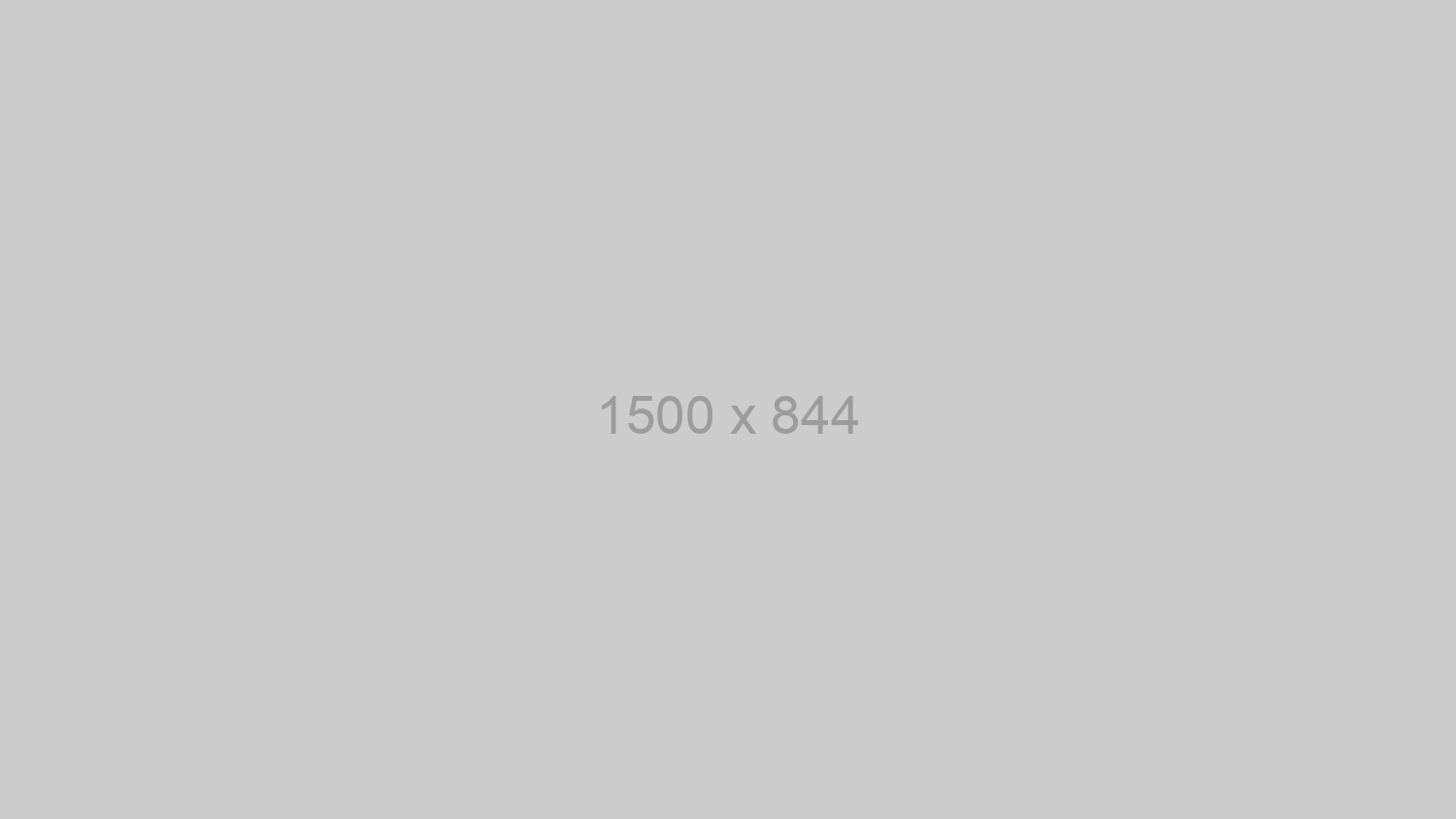 Which one is the most attractive capital in the region in terms of property investment and development? When will Budapest enter the phase of yield compression and how quickly are yields expected to drop? Which products spark the imagination of investors? These are some of the questions answered by the participants of the 11th Portfolio Property Investment Forum conference.


Which one is the most attractive capital in the region in terms of property investment and development? When will Budapest enter the phase of yield compression and how quickly are yields expected to drop? Which products spark the imagination of investors? These are some of the questions answered by the participants of the 11th Portfolio Property Investment Forum conference.

In terms of investment volume Hungary still hasn’t managed to reach pre-crisis levels despite the high yield levels in Budapest compared to the rest of Europe. Although the yield premium can drive demand, political risks of the country hold back many investors.

According to KPMG’s annual Property Lending Barometer banks are most likely to finance office developments in Hungary and they are not really willing to lend money on residential projects. Pre-lease is still important: projects need to have 45% occupancy on average to get financing.

The Budapest office market is still in the phase of recovery while Warsaw is starting to narrow. The Hungarian capital is also characterized by an upswing in the retail sector while the biggest city of Poland is already past the peak of its expansion phase and the market might soon become oversupplied - said Pál Dános.

Belgrade, Budapest, and Bucharest are the most attractive

The first and perhaps most exciting panel discussion of the conference analysed the investment and financing climate of the region and it was moderated by Noah M. Steinberg, CEO-Chairman of WING and Chairman of RICS in Hungary. The first question which always comes up during these kinds of discussions was whether the Central and Eastern European region could be regarded as a single real estate market. Andreas Ridder, Managing Director of CEE at CBRE thinks that the region known as CEE actually means three different markets: Poland and the Czech Republic are more like the Western European markets, in many ways Hungary is similar to Southeast European countries, while in the countries of Eastern Europe there are completely different investors following completely different criteria.

Cristian Ustinescu, Senior Transaction Manager of CEE at Immofinanz Group sees Warsaw as highly overpriced. The Romanian expert believes in the “three Bs": in his opinion Budapest, Bucharest, and Belgrade are the best investment destinations of the region. He is not the only one who sees potential in the capitals of Hungary’s southeastern neighbours. Rudolf Riedl MRICS, Managing Director of Raiffeisen Evolution thinks that right now Belgrade is similar to Budapest in the ‘90s and it holds great potential. Árpád Török is a lot more sceptical about the Serbian capital: although office and retail stock is low, there is no financing available and there are no buyers.

The CEO of TriGranit is also rather critical about the Warsaw market, mainly because of the overdevelopment. At the same time Poland has the major advantage that real estate activity is not concentrated in a single city. The yields available in the secondary cities are close to the yield level in Warsaw. According to the expert the Polish market is much more mature than the Hungarian one, primarily in terms of transparency and liquidity. In Warsaw the existing stock might represent a problem due to new developments and short-term lease agreements - added Rudolf Riedl.

The participants of the discussion agreed that both interest rates and yields reflect political risk in Hungary. At the same time the country holds great potential and a decrease of these indicators is easily conceivable. According to Árpád Török the main question for Budapest is not whether yields will drop but when the expected improvement is going to happen and what the extent is going to be.

Several participants agreed that the German economy is the main driving force of the region. According to a poll conducted at the conference 54% of the participants are concerned about the slowdown of the German economy because it could hinder growth of the region. Andreas Ridder is optimistic regarding the future because Warsaw is the first while Budapest is the fourth on the list of European cities in terms of labour market growth.

“Banks are the umbrella which disappears when it begins to rain" - characterized the financing environment Cristian Ustinescu with a poignant metaphor. Currently there is no financing available for speculative projects; banks need to have more trust for that - summarized his views Péter Számely MRICS, Head of Real Estate Finance in CEE at HYPO Niederösterreich.

Investors are coming from the East

Participants agreed that the CEE region has seen a major surge of interest from investors coming from outside of Europe (mainly from the Middle East and Asia) who are mostly looking for opportunities in the upper segment, may it be hotels, flats or offices.

Finally Noah M. Steinberg asked the experts participating in the discussion which product of which city or region they would choose to invest in. Frederic Le Fichoux would buy middle-sized hotels somewhere in the region and Rudolf Riedl would also invest in hotels - in Budapest or Belgrade. Péter Számely and Árpád Török chose buying an office building in Budapest or Bucharest while Cristian Ustinescu thinks the retail segment to be the most attractive in all three capitals with a capital “B". Perhaps the most unexpected answer came from Andreas Ridder who drew attention to premium office buildings in Moscow: currently they can be bought at an extremely low price, although at a high risk.

Waiting for an upswing

Dr. Róbert Hermán MRICS, Board Member of RICS Hungary was the moderator of the Hungarian investor and developer roundtable. Answering the question regarding the outlook for the future Ferenc Furulyás MRICS, Managing Director of JLL in Hungary told that he saw a clear increase of demand for office space on the Budapest market in 2015. It is, however, still uncertain which direction the market will take in 2016, although lease rates are likely to increase due to the lack of developments. According to the expert Germans will return to the investment market next year but mostly as sellers for the time being. Balázs Tóth, CEO of OTP Ingatlan Alapkezelő expects a maximum yield drop of 50 basis points in 2016. As a result, however, Hungarian investors might look for higher yields abroad.

Gábor Futó, Co-Founder and Chairman of Futureal thinks that foreign investors are returning slowly because they are afraid of the lack of liquidity. But once they arrive, the typical yield level could quickly drop to 6%. According to the property developer the yield spread between primary and secondary markets will increase.

Péter Kocsis MRICS, Deputy-CEO of WING said “we are waiting for an upswing" which has the risk of never arriving to Hungary. He believes that the speculative phase is over and developers are looking for loans to finance BTS buildings. There is no perceivable pressure from tenants towards developers which would justify new speculative developments - added Balázs Tóth.

“We will miss these interest rates" - thinks Gábor Futó who saw the current financing situation more positively than most participants. In his opinion there is available financing for well-founded projects and banks also have the necessary eagerness to lend money. According to Gábor Vörös, Property Financing Director at UniCredit Bank Hungary Zrt. it is a highly positive development that the needs of borrowers and creditors meet more easily than 1.5 years ago.

Time to keep an eye for other assets

Developments and investments on the hotel market were also discussed at the roundtable. László Vas thinks that the operation of a hotel holds too many risks so they are not planning any investments of this type. Balázs Tóth told that they recently acquired a hotel with a non-public fund while Péter Kocsis disclosed that WING is planning a hotel development at the airport together with Budapest Airport.

The conference poll showed that 38% of the participants would buy a premium office building and 23% would invest in a hotel. Only a few people opted for retail or industrial property. Diófa Alapkezelő mostly invested in office buildings so far but they are trying to build a diversified portfolio which means that soon they could also buy retail properties - revealed László Vas.

There is only a marginal interest for new types of investment products (e.g. hostels) on the market - thinks Ferenc Furulyás.