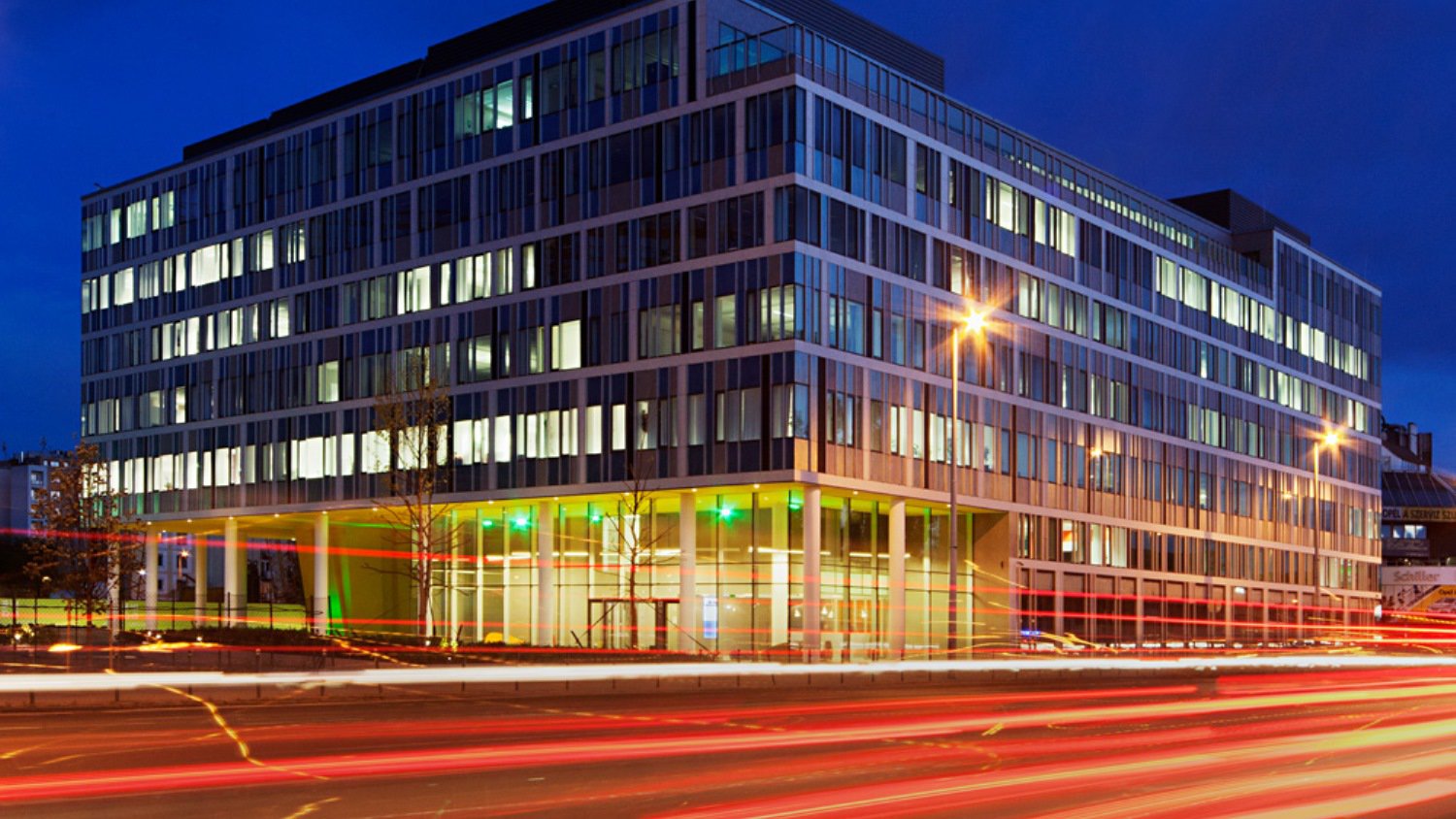 It was only a few weeks ago that the third building of the Váci Greens office complex was delivered but the developer is already preparing for the construction of the next phase. Zoltán Borbély, Atenor’s Country Manager and Olivier Ralet, Atenor’s Executive Officer talked to us about the Belgian company’s plans in Hungary and Romania.

In addition to Belgium and Luxembourg Atenor is present in Hungary and Romania. Why did you choose these particular countries in the region?
In 2008 the real estate markets were expanding in both countries and there was serious demand for modern office space. Although we had to cope with the difficulties resulting from the economic crisis between 2009 and 2012, eight years later we can see dynamic expansion in both markets which proves that we made a good decision when we entered the region.
What is the advantage of Budapest compared to other cities of the region?
Budapest has a well-educated workforce that speaks foreign languages, while the labour cost is lower than in Western Europe. The other major advantage of the city is that there are empty, well-located plots available for large-scale real estate developments. The multinational companies that want to outsource certain activities to Hungary will find a favourable business environment.
What do you see happening on the Budapest office market now and what do you expect for the future?
We can see a spectacular increase in demand: in 2015 the amount of newly leased office space was nearly twice as much in Budapest as in Brussels. Moreover, during the crisis there was a drop in development activity on the Budapest market, so now tenants in need of larger space can hardly find suitable properties. All this leads to increasing rents and less incentives offered to tenants. The situation in Budapest is also favourable from an investment point of view. International investors are only starting to really discover the great investment opportunities the Hungarian capital has to offer, even compared to other Central European cities.
In addition to Hungary the other country where Atenor is present in Central Europe is Romania. What are the trends characterizing the office market there?
The Romanian market is developing the same way as the Hungarian, only with an 18-month delay. We can see more and more large, international tenants both in the Bucharest market in general and in our development there, the Hermes Business Campus office park. Investment activity is lagging behind more for the time being: investors are yet to arrive to the smaller and less liquid Bucharest market.
Getting back to Budapest: what will be the next step for Váci Greens?
The next step will be building D; we are planning to start construction this spring. It will be a 15,000-square meter office building - the smallest of the four buildings which means that we can build it relatively quickly. According to our estimates it could be completed sometime in Q3 2017. This is the near future, but we already see that interest from tenants requires us to simultaneously launch the construction of one or even two additional buildings. These projects could start at the end of this year or at the beginning of next year with the completion date set to the first half of 2018.

Are these the buildings E and F?

Yes, these buildings will be built on the plot located on the northern side of Fiastyúk Street. We can build a total office space of 60 000 square meters on this plot that we acquired last year, so we can say that we are halfway done with this project. Building B was completed in March so the additional three buildings will provide around the same amount of office space or perhaps a little more than the already completed ones. The main difference is that the first three buildings - if we consider 2008 as the starting date of the project - were built in 8 years, while we can complete the next three in 4 years, until the end of 2019 based on the current market situation. This is a drastic change between the first and the second half of the project in terms of timing.

Does building D already have signed pre-lease contracts?
Not yet, but the interest is so high that the building could be occupied 2-2.5 times if we started signing contracts tomorrow. This is another indicator that there are very few buildings of this quality on the market. The Váci Road office corridor remains popular: a few weeks ago the vacancy rate dropped below 10% so everything points us in the direction of going forward.
Market players have been reporting a slow increase of rents for a while now. Does this trend also apply to Váci Greens?
Yes, it does, but don’t think millions. From the day our first tenant moved in our lease rates increased by 0.5-1 euro but I have to add right away that our tenants can realize a 0.5-euro saving on energy costs due to the utilization of geothermal energy. We are trying to introduce technological innovations as we move forward with the construction so that the total cost per working station can be decreased.
As you mentioned, the first phase of Váci Greens was built in 8 years which is a pretty long time on the real estate market. How did the exterior and interior design of the buildings change over the past few years? What kind of green solutions are you using?
There have been major changes in technology since 2008, let me just highlight one thing: geothermal energy. When the planning of building A was completed in 2009 and when the actual construction started in 2010 speaking about utilizing geothermal energy simply made no sense. However, only a few years later we installed the technology in both buildings C and B. This “power plant” provides us with 300 kW of free and constant energy in building C. Building B is also equipped with the same technology and we will push this for the additional phases as well.
The aesthetics of the outside of the three buildings shows that they were actually designed by the same architects: Tiba Studio. They managed to create a very simple, yet very elegant and beautiful appearance which we would like to continue with the next three buildings. The fourth building, however, will be designed by someone else, so it will be an interesting experiment to see how we can fit new architects into the already existing concept. Regarding the interior, the presence of GE determines all three buildings: they are working with a British interior design agency. They keep telling us that they always like the latest project phase best as they progress. They can also see the development of the buildings and there is a bit of jealousy too from the people working in building A, because building B which we just delivered is much nicer.
Are you optimistic about the future of the Budapest office market?
I would rather say that we are looking at the current situation realistically. Atenor is a highly prudent company which takes all its future steps after very thorough preparation. Today we can say that we need to go ahead, all indicators are justifying such a move.
Will the next buildings be financed by Atenor’s own sources as well?
Our internal financing is very favourable: Atenor is listed on the Brussels Stock Exchange where we can get the funds necessary for our developments. I understand that it is very difficult for a local bank to compete with that, but the differences in interest rates are diminishing, so we are becoming more motivated to bring in external financing at these interest rate levels. We are constantly negotiating with banks and we would like them to become more active. Now we are getting realistic offers but this is still a very simple business comparison: which solution provides more favourable total costs and other indicators. In this regard we are a bit spoiled because our internal financing is so favourable that it is very hard to compete with.
Do you already have an idea for your next project in Budapest?
We would very much like to go ahead and the Belgian owner has the same intention. We managed to build an excellent team here, but for now we are only looking, so I can’t tell you anything concrete. We would like to start a project of at least the same size as Váci Greens but that won’t be easy.