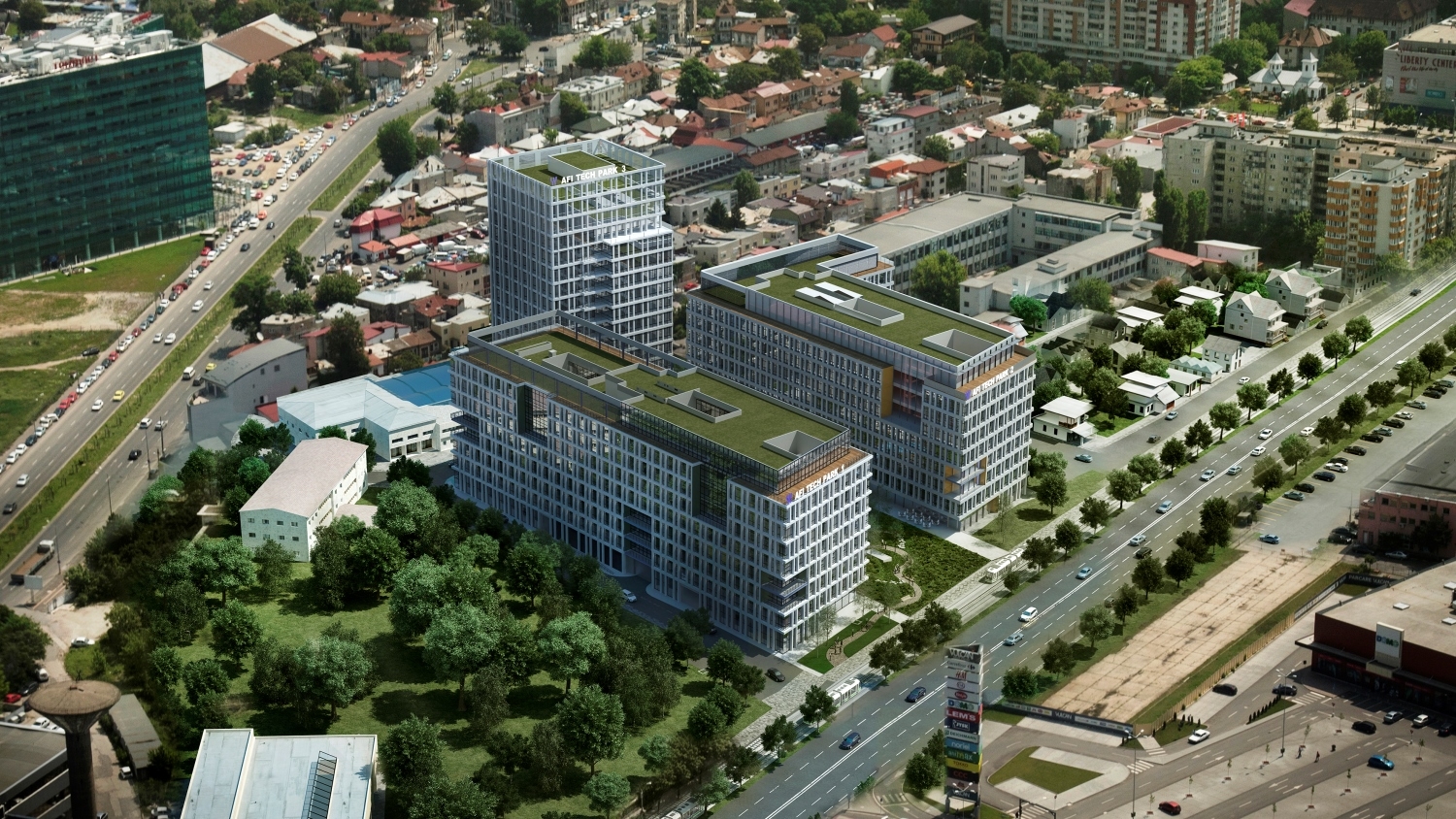 AFI Europe Romania has signed a financing agreement for €22 million with Bank Leumi Romania for the development of phase 1 of AFI Tech Park, the newest business park the company is currently developing in Bucharest.

AFI Tech Park offers 56,000 sqm GLA of Class A offices. It is being developed in three phases and targeting companies from the FMCG, Automotive, IT&C, BPO and shared services markets, seeking to upgrade their facilities to a new Class A offices. The first phase of the project will be delivered in Q2 2018, offering 20,000 sqm GLA of office space and 2,000 sqm of retail area, including the already signed tenants World Class fitness club and 1 minute. The project is developed close to the city center, in proximity to the JW Marriott Hotel and the Romanian Parliament and will comprise two office buildings with GF+8 floors and one office tower of 14 floors, all surrounded by over 5,000 sqm of green areas.
„With our current development projects, AFI Tech Park office project in Bucharest, AFI Brasov mall and offices, and soon to start our first residential project in Bucharest AFI City, AFI Europe continues its expansion in Romania”, said David Hay, CEO AFI Europe Romania.
The total investment for AFI Tech Park 1 is of over €30 million.
A unique service AFI which will be provided to the tenants in Tech Park is a 400 sqm conference hall to be shared by the tenants in the park. This allows the tenants to avoid the necessity of having such large halls within their spaces throughout the term of the lease. Together with the surrounding retail facilities (Vulcan Retail Park, Liberty mall), the office project is bringing additional benefits such as: “AFI Club” membership offering discounts for lunch and other services, and also the first car sharing service in Bucharest.
Construction works for AFI Tech Park 1 are advancing on schedule, currently having already completed the skeleton structure.
AFI Tech Park is built to obtain the highest recognition of green building and has already obtained the LEED Platinum pre-certification for the use of construction, design and operating techniques and technologies with a minimum impact on the environment.